Jordan Spieth: “The PGA Championship is going to be the toughest for me” 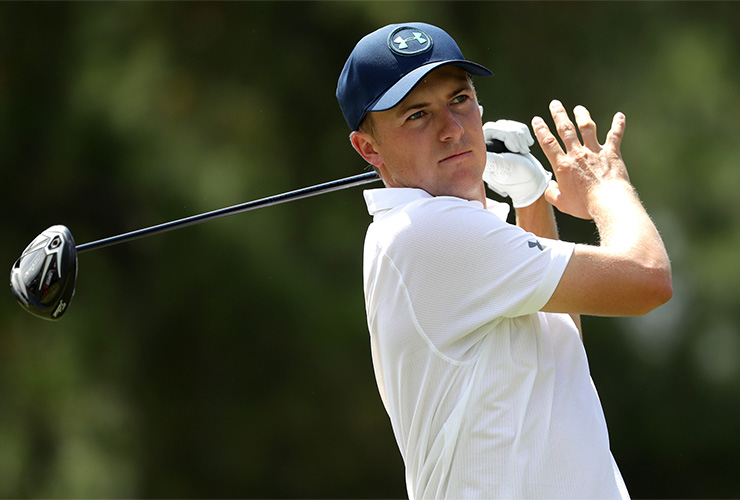 With Jordan Spieth’s career Grand Slam bid all but finished this week at Quail Hollow, he had some interesting quotes about his future hopes of winning the PGA Championship after his third-round 71 on Saturday.

It appears the 24-year-old is resigned that the PGA of America’s flagship event might not be best-suited for his game.

Jordan Spieth: "The PGA Championship I think is going to be the toughest for me." pic.twitter.com/jzJW1WU9kp

To be fair, if his record is any indication, Spieth might be right. The three-time major champion played tremendous golf at the 2015 PGA Championship at Whistling Straits before Jason Day ran away with it, but aside from that, he has two MCs to go along with a T-13 at Baltusrol last year.

PGA Championships have favored long hitters recently, with the past couple PGAs (Baltusrol, Valhalla, Quail Hollow) seeing wet conditions. That’s not exactly Spieth’s strength, but the required length shouldn’t rule him out. His putter wasn’t on all week, having way more to do with his results than the lengthy corridors of Quail Hollow.

But we’ll give Spieth the benefit of the doubt. Being that he has won every other major, it’s hard to argue his point.