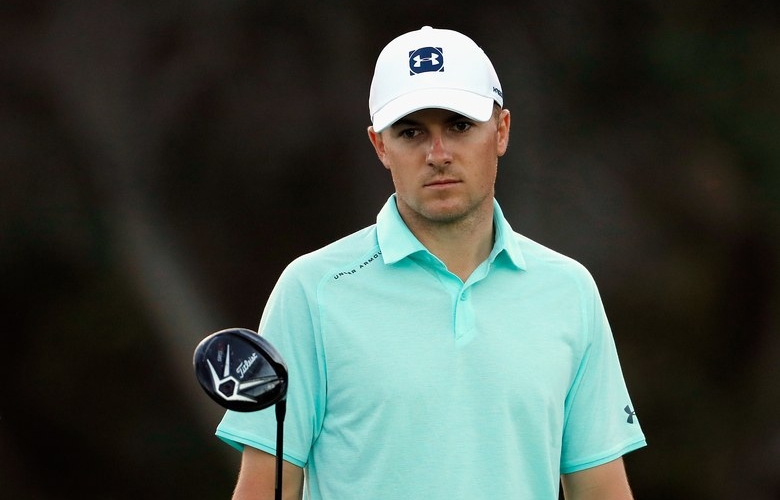 By Joel Beall
As players get acclimated to the latest iteration to the Rules of Golf, one revision has proved to be a popular discussion point. And not necessarily in the affirmative.

At last week’s Tournament of Champions, a number of players seemed perplexed about a change to taking a drop. Under the new guidelines, golfers are required to release a ball from knee height, instead of the shoulder. Bryson DeChambeau was the most incredulous of the bunch, calling the rule “a bit absurd.”

“I think that you should be able to go from knee height to shoulder height,” DeChambeau said. “There should be no issue with that, whatever you want to do, honestly. There’s a lot of questions about that.” Sentiments echoed by Rory McIlroy: “We’re saying that Brian Harman has got a big advantage, he can basically place it. Where you have someone like Tony Finau who is dropping it probably from like, waist-high for me.”

Making his 2019 debut at the Sony Open, the three-time major winner couldn’t understand the logic behind the switch.

“One that I don’t really understand necessarily is the drop,” Spieth said on Wednesday. ““You drop it knee height, but like, what’s the advantage of dropping it shoulder height? It’s actually probably a disadvantage, so why can’t you still do that? You should be able to drop it from shoulder to knee height in my opinion. It doesn’t do any good and honestly it’s like, a frustrating asterisk that I have to re-pick it up and re-drop from your knee.”

According to the USGA, this alteration was made to increase the chance of a ball staying within the relief area.

“Requiring the player to drop a ball (as opposed to placing it) retains a desired randomness about where the ball ends up,” reads the explainer in the Rules of Golf. “The player has no guarantee that the ball will come to rest on a desired spot or in a good lie. This is especially the case when a ball is dropped in more difficult conditions such as thick rough or longer grass.”

Nevertheless, Spieth said it hasn’t jived with him yet. In his estimation, he sees most amateur golfers ignoring the mandate.

“What if they just take a drop from the cart path. I don’t think they probably care. They will still drop it from the shoulder. Technically, you take a drop from your shoulder and play out, you could be penalized for that. Doesn’t make much sense.

“It’s a disadvantage to drop it that high, so that one I didn’t really understand fully. It was cool that you’re able to get lower to drop it. I thought you would be able to do it at any height.”

Spieth will play with DeChambeau and Gary Woodland in the first two rounds at Waialae C.C. Though Spieth is coming off a subpar year, he’s enjoyed some success at the Sony, finishing third in 2017 and posting a top-20 finish in 2018. It will be his third start of the 2018-’19 season after a so-so showing in Las Vegas and a missed cut at Mayakoba.