Jordan Spieth matches his lowest round of the year, sits two off the lead at the Wyndham Championship 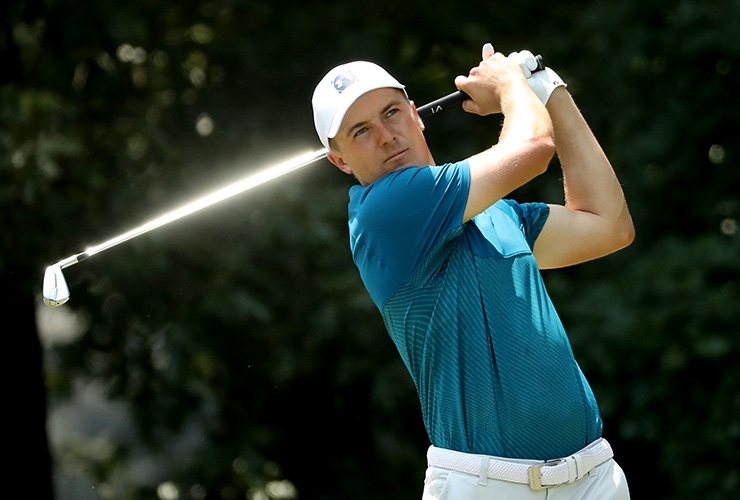 By Christopher Powers
Jordan Spieth opened with a six-under 64 on Thursday at the Wyndham Championship, matching his lowest round of the season, which he shot in the first round of the Genesis Open at Riviera back in February. He wound up finishing in a tie for 51st that week the result of a final-round 81, something he’d like to avoid in the regular-season finale.

It will be a difficult task for the three-time major winner. No, not avoiding an 81, but avoiding going backwards. He’s had his moments this year, a first-round 66 at Pebble Beach, a T-3 at the PGA, a 65 at Colonial and a strong weekend at the WGC-FedEx St. Jude Invitational last week, just to name a few. But he’s yet to put four rounds together, potentially leading to a second straight winless season.

Ending that drought will take more than a first-round 64, but he’s on the right path. For now, he’s two off the lead of Sungaje Im and Byeong Hun An, who each shot eight-under 62s.

Three players are tied at seven under, including former Stanford standout Patrick Rodgers, who is coming off a pair of injuries that sidelined him for four months.

Two former winners of the Wyndham, Brandt Snedeker and Webb Simpson, are tied with Spieth and others at six-under.