Would Jordan Spieth completing the Grand Slam be more impressive than when Tiger Woods did it? 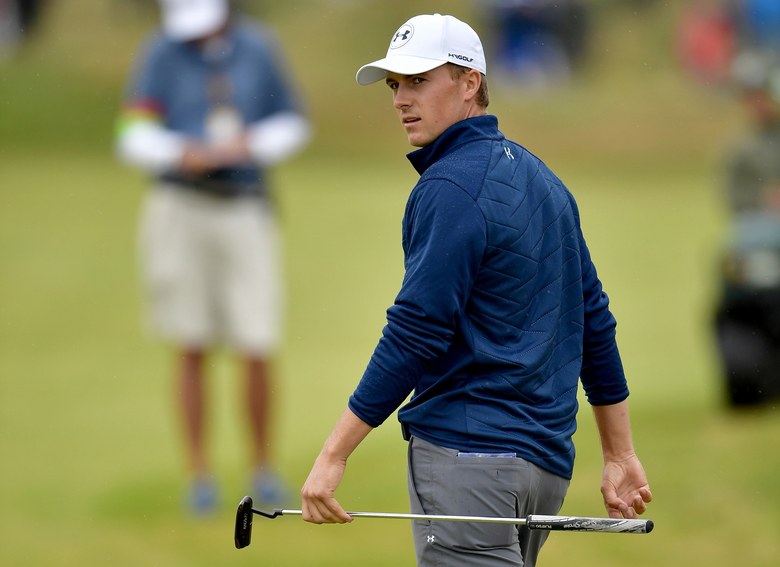 By Sam Weinman
Jordan Spieth’s win at Royal Birkdale not only provided the Open Championship one of its most compelling finishes, it also injected new life into the season’s final major, the PGA Championship at Charlotte, N.C.’s Quail Hollow Club.

Now Spieth has a chance to capture the career Grand Slam, something only five men — Gene Sarazen, Ben Hogan, Jack Nicklaus, Gary Player, and Tiger Woods — have done before. When a 24-year-old Woods won the last leg of his Slam, the 2000 Open Championship at St. Andrews, he became the youngest player to do so. Spieth’s win would actually come even earlier, having turned 24 just last week, but it still doesn’t settle the question of which feat would be more impressive. On one hand, Spieth would be earlier in his career, and in the age of excessive social media attention and arguably more competition at the top of the sport, he’s faced pressures Woods didn’t contend with at the turn of the millenium. On the other hand, Woods won the two Opens in 2000 by a combined 23(!) strokes, so you know, that’s pretty good, too.

Regardless, all of this is great fodder for discussion in the latest Golf Digest Podcast, in which colleagues Ryan Herrington, Alex Myers and Joel Beall joined me to talk about Spieth’s chances of getting it done this week. We also discussed the recent travails of Rory McIlroy, two times a winner at Quail Hollow but coming off a surprising caddie switch; and even whether the PGA would be better off by a proposed move to May.