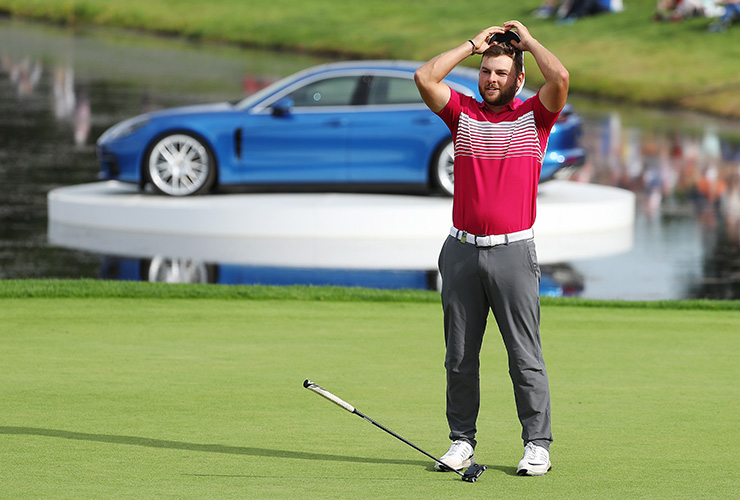 The 24-year-old Englishman would go on from his one stroke triumph at Al Hamra GC to seal the European Challenge Tour’s season-long ‘Road to Oman’ title at Almouj Golf in Muscat the following week and with it, full European Tour status for the 2016-2017 season.

Fresh from his maiden main tour victory at last week’s Porche European Open in Hamburg (pictured above), its no exaggeration to say Smith has cashed in on his ticket to the big time. The now world No.125 is up to 18th place in the season-long Race to Dubai standings with €864,763 in earnings – the €333,330 he pocketed in Hamburg surpassed his entire Challenge Tour earnings in 2016 by more than €93,000 alone – and is a near lock for November’s season-ending DP World Tour Championship in Dubai.

So why is Smith’s figurative golden ticket relevant to you, dear weekend (and occasionally mid-week) warrior? Because from Saturday amateurs across the UAE have the chance to earn a Pro-Am spot at the 2017 RAK Golf Challenge and the opportunity to tee it up alongside one of the next generation of European Tour stars.

Seventeen clubs across the Emirates will hold a total of 18 qualifying events between Saturday’s inaugural qualifier at Dubai Creek and September 30. The winners of each will be granted ‘coveted Golden Balls’ – the unique ticket to the Golden Ball Series’ grandfinal on October 5. The top three finishers from the grandfinal will earn spots in the RAK Golf Challenge Pro-Am on Tuesday, October 24, the eve of the Challenge Tour’s penultimate event season set to play out from October 25-28.

“The Golden Ball Series is a wonderful initiative giving local golfers in the region a once in a lifetime opportunity of rubbing shoulders with the next generation of professional golf stars on the European Challenge Tour,” said Haitham Mattar, CEO of the Ras Al Khaimah Tourism Development Authority.

“As the penultimate event on the Challenge Tour calendar the RAK Golf Challenge is a pivotal tournament for players as they bid to end the season in the top 15 on the Road to Oman rankings and gain promotion to the European Tour.

“The amateurs who make it through the Golden Ball qualifying series and win a spot in the RAK 2017 Golf Challenge Pro-Am will enjoy an unforgettable experience playing alongside some of the best players in the game in a fun yet competitive environment. “

Here’s a profile on Smith from Golf World:

Smith won’t return to defend in RAK but he won’t ever forget his second Challenge Tour victory of 2016 after winning the second event of the season in Egypt.

“I obviously have only good memories of the event because I won it but it was a great week – I loved everything about it. The course was awesome, really nice but tricky in places. It’s quite wide and open which is nice but there are also lots of water hazards; you’ve also got the last hole running along the water which added to the pressure going down the last. It was a new event on the calendar but everyone really enjoyed it. It’s so convenient from Dubai but we stayed in Ras Al Khaimah near the course, right on the beach and it was beautiful. It was a great place to be and a great week for me.” 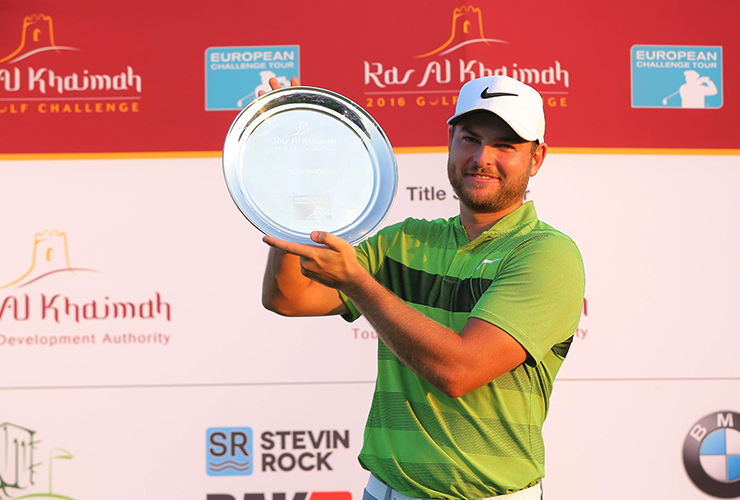