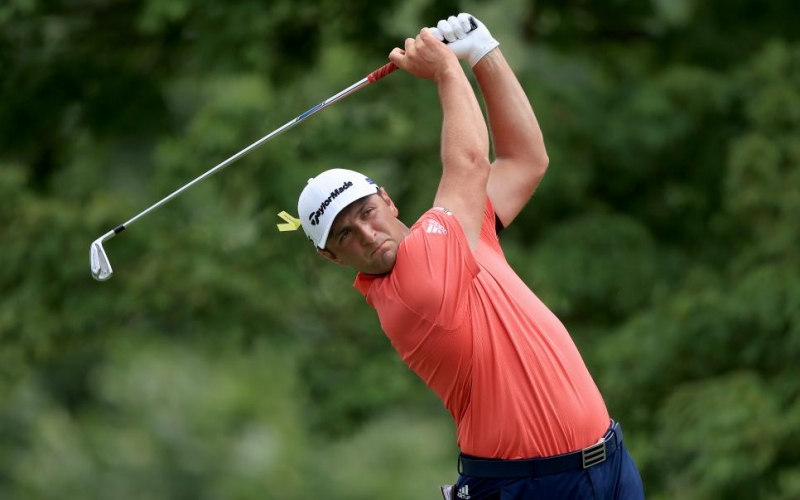 By E. Michael Johnson
Jon Rahm reached the No. 1 spot on the world ranking with a performance worthy of the game’s best player, a few hiccups down the stretch notwithstanding.

While Rahm had three of TaylorMade’s new SIM woods in the bag (driver and a pair of fairway woods), it was his work with his trusty TaylorMade P750 irons that stood out. Rahm has used the irons for several years and recently weakened the lofts on them after the COVID-19-related break because he was hitting his irons further and wanted to better control the trajectory and angle of descent.

“It’s the forgiveness. I played musclebacks most of my career because I thought it was cool,” he said. “But when I tried these irons it was just a lot easier, a lot more comfortable when you’re in the fairway. You know that even if you don’t hit it perfect it’s still pretty much going to carry the same distance.” Even the best player in the world can use a little extra forgiveness.

Earlier in the year Rahm made a ball change as well, switching from TaylorMade’s TP5x into the TP5 for more spin and control with his wedges.

Such tweaks have aided Rahm in his quest to be No. 1, something he was keenly aware of heading into Sunday’s final round.

“A few months ago in Dubai I got the opportunity to make some Spanish history, and it would be doing it again to become No. 1 after Seve [Balleseteros],” Rahm said after the third round. “It’s obviously a big deal. I can’t sit here and try to diminish it and avoid it because it would just be lying to myself because it is a big deal. But it is a consequence of me winning tomorrow. What’s important to me tomorrow is hit good shots, be committed and get the job done. Everything else will be taken care of afterwards.”

What Jon Rahm had in the bag at The Memorial:

The clubs Bryson DeChambeau used to win at Winged Foot