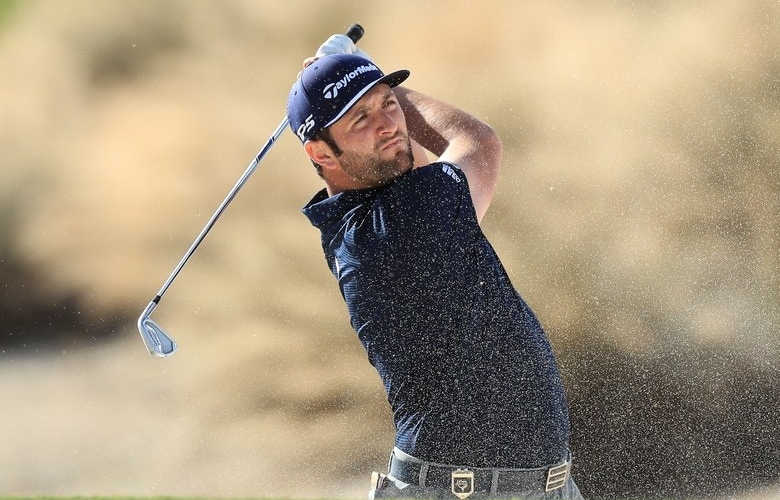 NASSAU, BAHAMAS – DECEMBER 03: Jon Rahm of Spain plays a shot during the pro-am as a preview for the 2019 Hero World Challenge at Albany on December 03, 2019 in Nassau, Bahamas. (Photo by David Cannon/Getty Images)

By Brian Wacker
NEW PROVIDENCE, Bahamas — It has been a big year for Jon Rahm, capped with last week’s victory at the DP World Tour Championship and the season-long Race to Dubai title as well. The victory was his third of the year, along with wins at the Irish Open and the Spanish Open.

All of it led to being named 2019 European Tour Golfer of the Year on Tuesday as he beat out Open champion Shane Lowry for the honour.

“You could have made an argument for either of us,” Rahm said at this week’s Hero World Challenge, where he is the defending champion. “He did win Abu Dhabi and he’s The Open champion. I think just because maybe I might have been, I’m not sure, a little bit more consistent than him, I did have three wins, but he did win the Open, that’s always big, and I think the Race to Dubai, winning that is what might give me the edge.”

Rahm also finished second at the BMW PGA Championship and Andalucia Masters and his major performances were impressive, with a T-9 at the Masters and T-3 at the U.S. Open among them.

Sergio Garcia, whose lone victory came at the KLM Open, finished third in the voting.

As for Rahm, his year isn’t over just yet. After this week’s Hero World Challenge he’ll return to Spain for a much bigger event: His wedding to longtime girlfriend Kelley Cahill. That will be the first of two ceremonies, with another coming early in 2020 in the U.S.

What’s he most looking forward to?

“I could say so many bad stuff right now,” he said. “I’m really looking forward to writing all those cheques to pay for it, definitely.”

Jokes aside, Rahm has a sentimental side when it comes to tying the knot with Cahill, who he met while the two were at Arizona State together and who threw javelin for the school’s track and field team.

“It’s going to be a Catholic wedding, a church that I basically grew up going to with my grandma, and it’s a really special place for all people of the city of Bilbao,” he said. “I think when I see those doors open and see her walking down the aisle for the first time, I think it’s going to be what I’m looking forward to the most.”