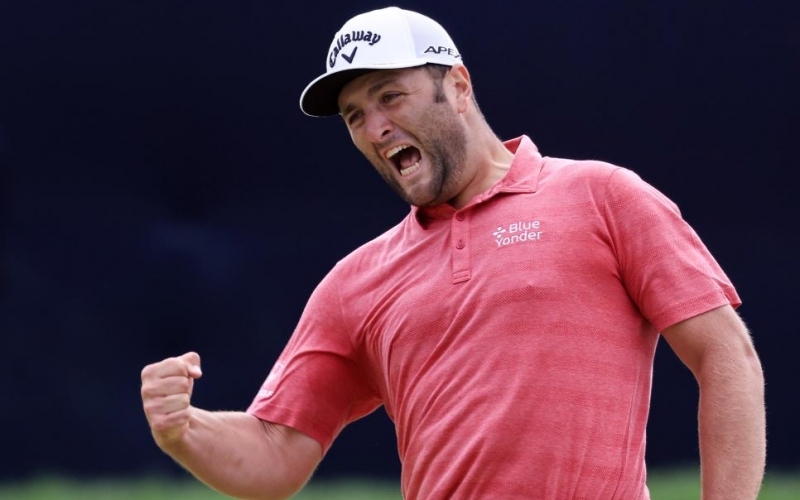 By Joel Beall
Jon Rahm finished second to Patrick Cantlay at East Lake on Sunday, but two days the World No. 1 is back on top.

On Tuesday the PGA of America announced Rahm as its Player of the Year.

Unlike the PGA Tour, which awards POY based on player voting, the PGA of America uses a year-long points formula to determine its winner, with tournament victories, official money standings, and scoring averages featured in its equation. Though Rahm technically has just one win to his name—if “just” can describe his breakthrough at the 2021 U.S. Open—he tied for the lowest score on the Tour Championship’s “shadow” leaderboard and held a six-stroke lead through 54 holes at the Memorial before a positive COVID-19 test knocked him out of the event … which was eventually won by Cantlay. Rahm also had five top-10 finishes in majors this season, whereas Cantlay’s best standing in the six marquee events was a T-15.

Rahm led the tour in scoring (earning the Vardon Trophy in the process), strokes gained and earnings, and racked up a whopping 15 top-10 finishes in just 22 starts. For context, no other player finished with double-digit top-10 finishes this season.

Cantlay’s four wins—the 2020 Zozo Championship, 2021 Memorial, 2021 BMW Championship and 2021 FedEx Cup—stand tall in a season where no other player won more than twice. Yet Cantlay actually finished third in the PGA of America’s point system, with Bryson DeChambeau coming in second. Collin Morikawa, who captured the 2021 Open, finished in fourth.