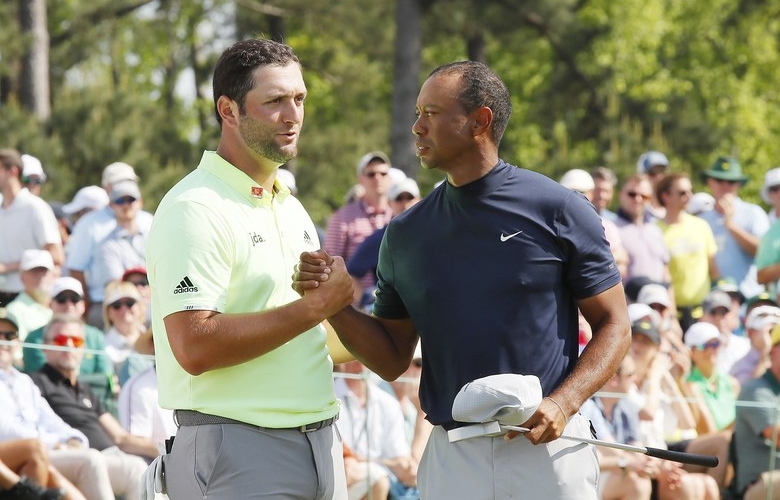 By Alex Myers
By any measure, Jon Rahm has been ridiculously good since turning pro in June 2016. The young Spaniard finished T-3 in his first PGA Tour event with money on the line at the Quicken Loans National, won his first PGA Tour title at Torrey Pines the following February, and ascended to World No. 2 the following January. His latest worldwide victory, a five-shot romp at the Spanish Open, moved him back inside the top five, but it also moved him up to No. 2 in a different metric. One that has him trying to chase down Tiger Woods.

In addition to having eight tournament wins across the PGA Tour and European Tour in only 88 starts as a pro, Rahm has also racked up 43 top-10 finishes in that span. That equates to finishing in the top 10 a staggering 48.9 percent of the time he tees it up, and it turns out that only Tiger Woods—of course—has a higher percentage (57.9 percent) since the inception of the Official World Golf Ranking in 1986. We’re thankful to OWGR guru Nosferatu on Twitter for figuring all this out:

Stat of the week:

Jon Rahm has now won 8 out of a total of 88 official #OWGR events played, finishing top 10 in 43 of these events!

The top 3 players with highest % of Top 10 finishes since the inception of OWGR:

As you can see, Rahm is just ahead of Rory McIlroy, who has turned into a top-10 machine on the PGA Tour. During his Player of the Year campaign this past season, McIlroy finished in the top 10 in 14 of 19 starts. But Rahm wasn’t far behind with 12 out of 20.

Certainly, Rory—and obviously, Tiger—deserve more credit for their high top-10 rate because they’ve maintained it over a much longer time period. But in both younger players’ cases, they appear to be trending up while Woods, who only finished in the top 10 in four of his 12 starts this past season, has seen that number decline toward the backend of his illustrious career.

Of course, this stat will continue to shift with each start. And although neither McIlroy or Rahm will catch Tiger anytime soon, should Rahm fail to finish in the top 10 in his next tournament, he would drop behind McIlroy at 48.3 percent. Then again, we’re pretty sure both are just a tad more focused on closing the gap when it comes to career wins and major titles.