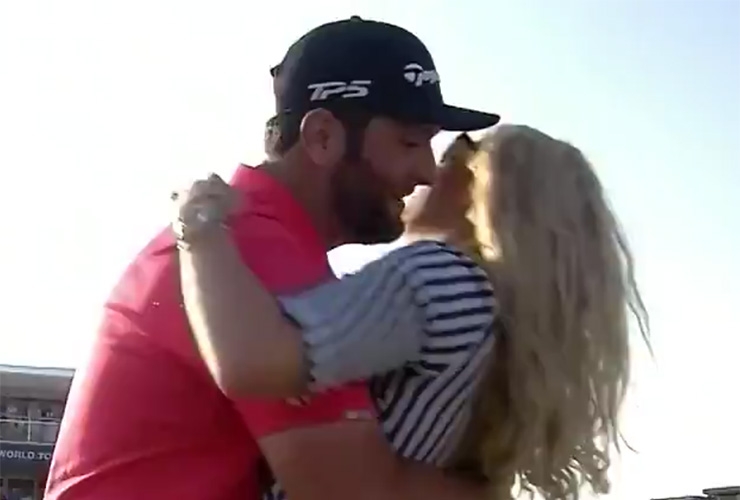 By Alex Myers
Jon Rahm won both the DP World Tour Championship and the European Tour’s season-long Race to Dubai on Sunday. In the aftermath of these lucrative accomplishments, he may have also wrapped up husband of the year.

With his two-pronged victory in Dubai, Rahm will collect a total of $5 million. And he knew just the right thing to say to his future wife, Kelley Cahill, when they embraced following the 25-year-old Spaniard’s latest triumph. Watch and listen, especially starting at the 55-second mark:

But as Rahm explained earlier in the week, he’s already been racking up brownie points ahead of the couple’s Christmas wedding by showering her with his presence. Rahm took a six-week break that hurt his chances of winning the season-long money race in order to put in some serious face time with the love of his life.

“At first it was hard to let down and step away a little bit,” Rahm told reporters in Dubai. “But we spend so much of our life making decisions just for me and for my golf game, that it was nice to tell Kelley, What do you want to do? instead of What do I need to do?”

Aww, that’s sweet. Now get used to telling her that.