Jon Rahm plays the “New Seve” comparisons as they lie 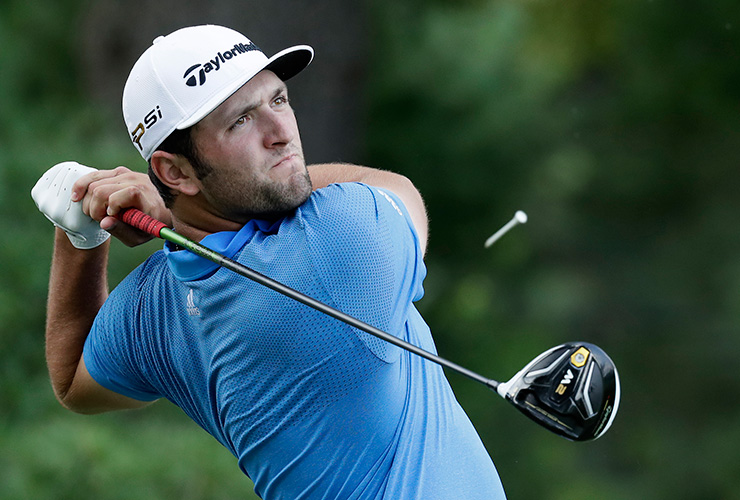 The question was uncomfortable, historically unfair and utterly inevitable for a young Spaniard is such a rich vein of form.

Jon Rahm battered away the “new Seve” companions with aplomb, not unlike one of his distance defying bombs off the tee.

“Well, I wasn’t fortunate to be able to watch Seve much,” said Rahm as he fronted the media ahead of the 146th Open Championship. “My family didn’t get into golf pretty much up to the close 2000s and by then, you know, he was already on the downslope of his career. He had some physical problems.

“I wish we would have, though. I’ve seen every video on YouTube that you can of Seve. I’ve seen his video here [Royal Birkdale] in ’76, his one winning in ’79 about a million times, how he plays the back nine without hitting the fairway, and makes 4-under par, it’s absolutely unbelievable.”

Rahm has won on both the PGA and European Tour’s little more than a year after turning professional. His six stroke romp at the Dubai Duty Free Irish Open a fortnight ago thrust him near the top of a top-heavy list of favourites for Birkdale. Yet, even if his fist pump at Portstewart was eerily Seve-esque (aka his 1979 Open breakthrough), the burden of expectation seemed unfair for one so young. Again, Rahm’s response was not unlike is golf, a game beyond his 22 years.

“To whoever compares me to him, I’m never going to be Seve. Seve was so unique, so special, to be honest. If we ever see someone like him again it is going to be someone very, very special. Because what he did was special for Spanish golf and Spanish community it was so special,” Rahm said.

“He opened so many doors. And he is somewhat the reason why I play golf, because of that Ryder Cup in 1997. I’m pretty sure he had some influence in getting the Ryder Cup there, and being the captain and how he brought the game of golf to Spain and the Spanish community, and directly because of that my dad and some friends tried golf and that’s how I started playing.

“So if I can make make just one kid who’s future was not related to golf, play golf, I’ll be extremely happy. So when I’m compared to him it’s really beautiful to hear those words. To be honest, if I’m somewhat compared to him, to see the hopes people have in me, it’s amazing.

“I try to take it as a positive and embrace it. He’s a great idol of mine and I try to emulate a lot of things he used to, and a lot of that is the inspirational power he had, the way he brought masses together and people together. If I could do a quarter of whatever he did, I’d probably be satisfied with my career.”

Victory at Royal Birkdale would very nearly see Rahm achieve a quarter of Ballesteros’ five major titles, three Claret Jugs among them, faster than anybody could believe.

There were a string of records broken at Portstewart but just as impressive was Rahm’s breakthrough at the Farmer’s Insurance Open in January. Consider that the near 2018 European Ryder Cup lock took just 12 PGA Tour starts to win – for context, it took Jordan Spieth 16 tries, Justin Thomas 39 outings and Rory McIlroy two years on the European Tour for their inaugural victories.

So how is Rahm coping with all the attention?

“Well, first of all, you know, to me, it still takes a little bit of adjusting period. This is my fourth major that I’ve ever played. And each one’s been a very different feeling, right?

“At Oakmont I was an amateur, finished top 20. At the Open last year at Troon I was a pro for the first time, but my game wasn’t there yet. And this year, at the Masters I started great and I was already up in the rankings. And after a win in Ireland and being top 10 in the world, it certainly is a different experience, which I’m enjoying a lot.

“It feels great to actually have the people support and helping me. I like to put that in a positive place. I know why there’s some confidence in me from people who think I’m going to play good this week. And I like to think if they have the faith in me, I should have faith in myself that I’m going to do it properly. So I try to feed positively off of that.”

It seems the force is with Rahmbo.