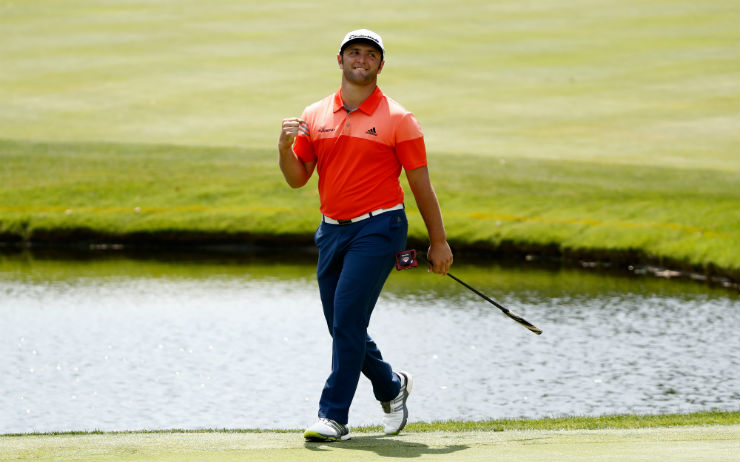 By Alex Myers
Dustin Johnson grabbed some early headlines on Day 1 at the WGC-Bridgestone Invitational with a 439-yard tee shot on Firestone’s famed 16th hole. But it was another long hitter, Jon Rahm, who walked away from the 667-yard par 5 with an eagle. A really rare eagle.

Rahm’s drive “only” went 393 yards, but his approach found the front fringe, and his long putt found the bottom of the hole for a 3 that highlighted an opening 67 that put the Spaniard just a couple shots back of leader Thomas Pieters. Check out how Rahm (sort of) brought “The Monster” to its knees:

Jon Rahm is just the second player to eagle the 16th hole since 2008. pic.twitter.com/1wYn0zSX9k

As the tweet says, Jon Rahm, who is making his tournament debut this week, is just the second player since 2008 to eagle the hole, joining Justin Thomas, who needed to chip in after hitting a 413-yard drive during the second round last year. There have only been three eagles made on the hole in tournament history. In other words, Jon, the hole isn’t supposed to be that easy.

In fact, it was Arnold Palmer who first called Firestone’s 16th “The Monster” after making a triple bogey in the 1960 PGA Championship. And before this year’s event, the club renamed a bridge on the hole for Palmer, who passed away last September.