Did Jon Rahm illegally mark his ball? Here’s why he didn’t get penalised for a potential rules violation 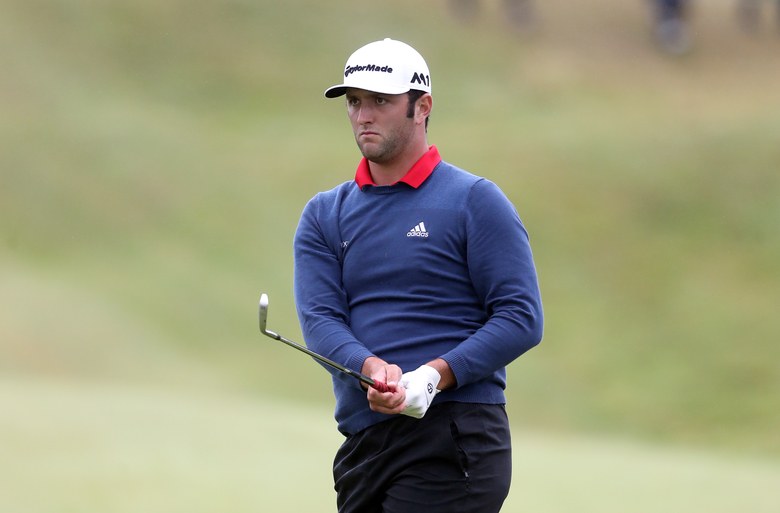 Jon Rahm cruised to victory at the Dubai Duty Irish Open, making a mockery of the event with a six-shot win at Portstewart Golf Club in Northern Ireland. But while the 22-year-old’s play dazzled, a potential rules violation stole the social-media show on Sunday.

On the sixth green while playing in the final pairing with Daniel Im, Rahm had to relocate his ball mark, as it was sitting on Im’s putting line and would have obstructed his putt. When he replaced his mark, however, Rahm appeared to fail to return it to its original location, moving the ball slightly closer to the hole.

Another ball marking controversy? @EuropeanTour ruled this no penalty.
Either way, @JonRahmPGA is CRUISING with a six-shot lead. pic.twitter.com/7gYIHuUEr1

For some media personalities and viewers at home, it was a more egregious action than the one made by Lexi Thompson at this year’s ANA Inspiration, where Thompson incurred a four-shot penalty following a call-in for replacing her ball in the wrong spot.

Amazing that Rahm ruling was a much clearer violation than Lexi's. Costs him no shots but Lexi 4. Head scratcher

Again,it is not about intent,it's about whether a rule was broken or not.Because the penalty wasn't levied,chasers were 5 not 3 back which..

That should be a one stroke penalty. And if John Rahm is a gentleman he will mark it himself when he is in the scoring tent. #IrishOpen 😎

So why wasn’t Rahm penalised? Unlike Thompson, Rahm had to move his original mark a putter-head’s length to get out of Im’s line. Because of that action, Rahm is given a bit of latitude in replacing his ball. Moreover, a rules official — as well as Rahm and his partner Im — determined Rahm used “reasonable judgement” to return the ball to its original spot. That was the new standard prescribed by the USGA and R&A in the wake of Thompson’s ruling regarding expectations for players when they replace a lifted ball.

“To my eyes, I put the ball back exactly where it was,” Rahm said after his round.

Vague? Undoubtedly, and it’s this ambiguity — similar to the language regarding the anchoring issue — that will continue to raise issues in the game. But given those two sentiments — along with Rahm lapping the field — any assertions that the victory is stained or Rahm acted improperly are unfounded.