Joker of the pack 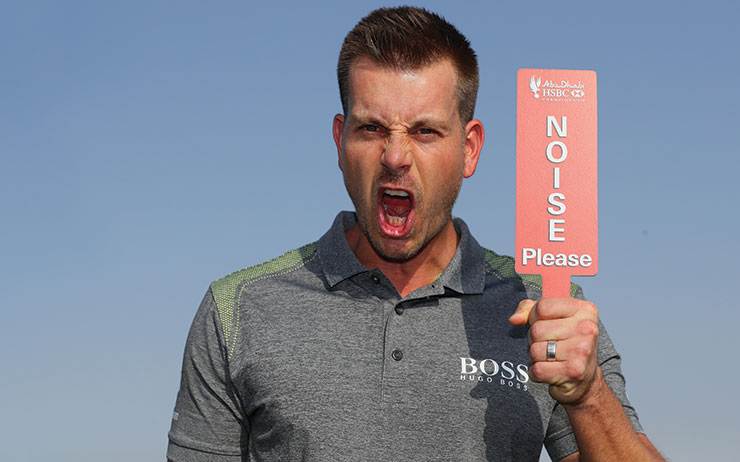 If Henrik Stenson’s game is half as sharp as his famed wit has already proved this week, don’t be surprised to see the Swede finally get his hands on the Falcon Trophy come Sunday.

The 40-year-old never fails to entertain in the media room and his presser on the eve of the 12th Abu Dhabi HSBC Championship Wednesday delivered on cue.

Asked what he’d worked on in practice ahead of the Desert Swing opener, Stenson revealed he’d been perfecting his turns. Just not of the golfing kind.

“I worked on my turns over Christmas. Did skiing in Utah with the kids. I’m not sure if that helped my golf too much. Prefer to keep it a bit straighter when we’re playing golf than skiing.“

The European Tour’s just-announced mandate to jazz up tournaments by playing music on the driving range was also discussed. The Open champion believes it “could be a good way going forward” to attract new fans to golf. And what about a walk-on tune for you, Henrik? Being a Swede, it was ABBA of course.

“Yeah, they always play Dancing Queen when I come walking up,” Stenson said, drawing much mirth from the assembled media corps.

Even when the questions were serious, Stenson found his humour. Talk to us about Abu Dhabi, the one Desert Swing to elude you so far.

“Yeah, thanks for reminding me,” Stenson said before turning just a smidgeon more serious.

“I’d be lying if I said I’d been doing the eight, nine-hour shifts in Orlando before I headed out, as well. It’s a bit of a soft start for me in terms of practice, but the game felt pretty good. So I hope we can carry on from where I left it last year, and we’ll just see if it’s been conserved well enough over Christmas.”

Stenson has played every edition of the HSBC Championship and came closest in the inaugural edition in 2006 when he fired a 10-under 62 en-route to finishing a shot shy of American Chris DiMarco.

Asked to replay his favourite moment from the past 11 years, the two-time Race to Dubai champion went back into character.

“I have to say, probably my best memory would be G-Mac [Graeme McDowell] hitting that back board and bouncing back out for a birdie on 18 when he thinned his bunker shot (laughter). No. I can’t be serious, can I?”

“One thing that’s drastically changed is that the course has, over time, it’s become a lot harder. It’s a bit longer and we’ve had some changes in tee boxes. And just because I say that, someone is going to shoot 61 [this week], I’m sure.

“But it felt like that 62 was going to be pretty hard to beat, given the changes and some tougher pin positions on a few holes and certainly a few new tee boxes. It’s a tougher golf course than it was, and the tournament as a whole has progressed. It’s getting better every year. I think it’s great for the fans with the hospitality and also for the players.

“Yeah, it’s strength of field and everything that goes with it. So it’s a really strong tournament.”

And with that, Stenson signed off another memorable media session with one last jibe at the hard working journalists. ” Well done keeping serious when I can’t.”