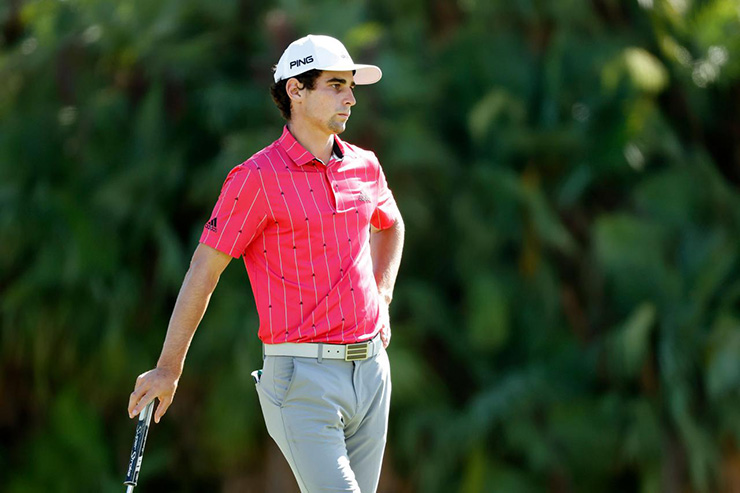 After a playoff loss last week at Kapalua, Joaquin Niemann has himself in position to take the title on Sunday at the Sony Open. Cliff Hawkins

By Daniel Rapaport
Most eyes in the sporting world were fixated upon the NFL playoffs on Saturday. We know this. But this is Golf Digest, not Football Digest, so we’ve got you more than covered if you missed Saturday at the Sony Open.

The SparkNotes: Brendan Steele, who lost in a playoff in this event last year, has a two-shot lead at 18 under after a nine-under 61. There are bunch of guys not far behind. And if the wind decides to take a day off once again on Sunday, we’re headed for another winner well into the 20-under-par range, although a wet forecast has tee times pushed up for the closing 18.

Here are four takeaways ahead of Sunday’s final round.

Joaquin Niemann in position for the bounce-back win

There was plenty of good last week for Joaquin Niemann: 31 birdies over four rounds, a final-round of nine-under 64, and a solo second in a stacked field. Still, he left Maui with a terrible taste in his mouth after bungling the playoff hole and losing to Harris English.

After a 62 on Thursday, you sensed he just might avenge the near-miss with a win this week, which would be his second on tour. He treaded water with a one-under 69 on Friday, and through 16 holes on Saturday there wasn’t much to write home about—he was four under for the day but five shots back of the lead. Until, that is, he birdied the difficult par-3 17th and finished with a three-perfect-shot eagle on 18 to post 63 and enter Sunday just two back.

No backing down.@JoacoNiemann gives it a ride from 255 to set up an eagle finish. 💪#QuickHits pic.twitter.com/ZoR9YgwhZz

At 22 years old, Niemann is a prime candidate for a breakout 2021. If the first two tournaments of the year are a sign of what’s to come, he’s well on his way to finding a place in the Best Young Player in the World conversation. He’s that good. 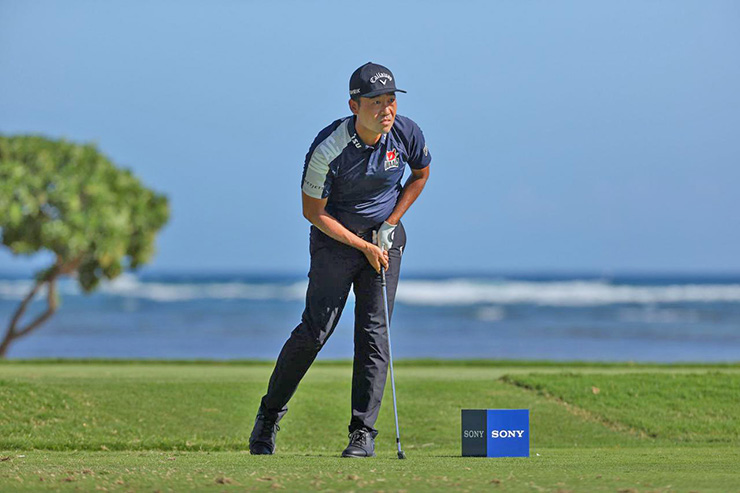 Kevin Na watches his shot from the 17th tee during the third round of the 2021 Sony Open in Hawaii. Gregory Shamus

There’s been a lot of talk about golf courses this week—namely, whether tour players feel like they simply cannot win on certain courses. In his pre-tournament press conference, Kevin Kisner said he couldn’t win at Torrey Pines or Bethpage Black, but still shows up because they give out a lot of money for finishing 20th.

You wonder if Kevin Na’s in the same boat. The 37-year-old currently ranks 186th in driving distance at 288.2 yards. At long, big courses like the ones Kisner mentioned, Na is up against it as well. But at a shortish, angly course like Waialae, where you’re going to have a lot of short irons in to greens, Na can go low. Like, really low.

He did exactly that on Saturday, making seven birdies, an eagle and nary a bogey en route to a nine-under 61 that vaulted him into contention. It was Na’s fourth round of 61 or better since 2010, which is tied for the most in that span with Brandt Snedeker and Justin Thomas. He’ll enter Sunday two back, in good position to pick up his fifth PGA Tour victory. Win or not, we get a Sunday afternoon of watching Na and his wonderful quirks in contention, which is always a treat.

The renaissance of Stewart Cink continues

Stewart Cink has a good chance to become the first guy to win multiple events in the 2020-21 season. Let that Cink in for a second. (Sorry, I am a weak man and could not resist). After battling injuries the last couple years, and with his son Reagan now on the bag full-time, he’s re-established himself as a force on tour at the rip age of 47. At last week’s Sentry, he said he picked up 20 yards of carry, a key driver of the form that saw him win the Safeway Open and take T-4 at the Bermuda Championship. He’ll enter Sunday three back after a third-round 65. 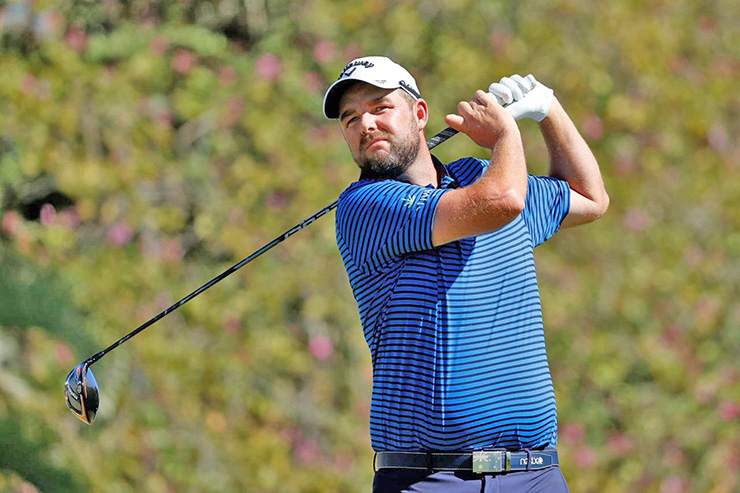 Marc Leishman hits his tee shot on the fifth hole Saturday at the Sony Open in Hawaii. Cliff Hawkins

Nice to see you, Leish

The easy-going Aussie had a pretty terrible post-hiatus run of form last year. In 14 starts after the restart, he posted just one top-25 finish against six missed cuts—and that’s not counting his dreadful final two events of the FedEx Cup playoffs, when he 30 over (!) for the week to finish dead last by nine, then beat just one player at the Tour Championship the following week.

It finally looks like he’s turned the corner. A T-13 at the Masters sent him into the break with some confidence, and he was solid if unspectacular in finishing middle-of-the-pack at the Sentry. He now has a semi-chance to win on Sunday thanks to rounds of 66, 65 and 65. He’ll likely need something a bit lower to have a real chance tomorrow, but this is progress. Progress indeed.