"The Return To Glory" 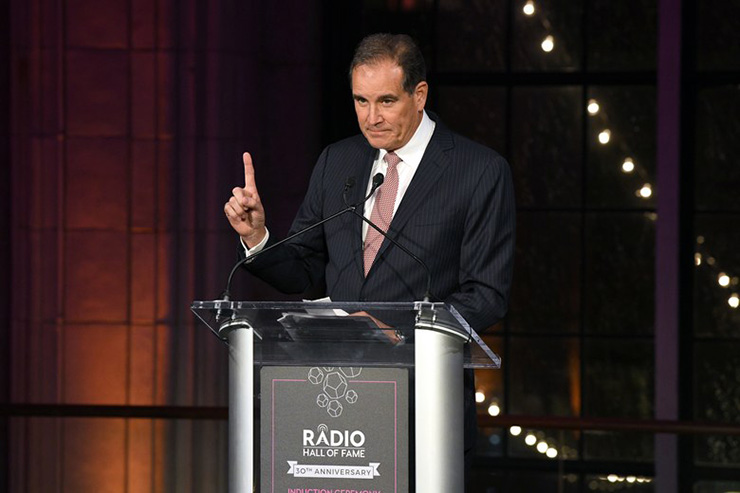 By Alex Myers
For more than three decades, Jim Nantz has called the biggest events in sports for CBS. But he’s already calling Tiger Woods’ 2019 Masters win “the best event I’ve ever covered.”

Fresh off witnessing Woods’ improbable and historic 15th major title from the 18th tower at Augusta National, Nantz was quick to put it at the top of his impressive list during an interview with The Washington Post’s Ben Strauss.

“I’ve done 34 Final Fours, had Super Bowls, Peyton [Manning’s] Farewell. It’s been 48 hours since it ended, and I’d say it’s going to feel about the same 10 years from now,” said Nantz, who has already called this year’s Super Bowl and Final Four in addition to the Masters since February. “It’s the best event I’ve ever covered. And I feel very fortunate to have been in that spot.”

Nantz has been part of CBS’ coverage of the Masters since 1986. He said on a recent Golf Digest Podcast that he had his most nervous Masters event that Sunday while calling Jack Nicklaus’ birdie from the 16th tower. Most golf fans, including Nantz, have considered Nicklaus’ sixth green jacket win that year to be the greatest Masters ever. But Woods’ comeback from a combination of back surgeries and personal scandals to break a 14-year drought at Augusta National—and nearly 11 years at any major—is certainly in the conversation, if not the new standard.

During a second interview with Woods in Butler Cabin following Woods’ win on Sunday, Nantz told him that as he left that 1986 Masters, then CBS broadcaster Ken Venturi told the young announcer he’d never see anything like that again. “Well, you know what?” Nantz told Tiger. “Ken Venturi was wrong.”

Nantz and current booth partner Nick Faldo also had this great exchange as Woods walked from the 18th green to the scoring area to make his victory official.

NANTZ: “I never thought we’d see anything that could rival the hug with his father in 1997, but we just did.”

FALDO: “That will be the greatest scene in golf forever, Jim Nantz.”

NANTZ: “That hug with his children, if that doesn’t bring a tear to your eye if you’re a parent, you’re not human.”

But Nantz, who was taught to “use silence as a weapon” by his former boss Frank Chirkinian, also went a full two-and-a-half minutes without saying thing as the incredible scene unfolded following Woods’ winning tap-in. Check it out:

Nantz hopes to be the Masters play-by-play man through 2036, which will be the centennial anniversary of the event. We’d say he’ll never see a better tournament, but we know better. Tiger Woods is still around.