Jessica Korda withdraws from U.S. Solheim Cup team citing injury; her replacement is not yet known 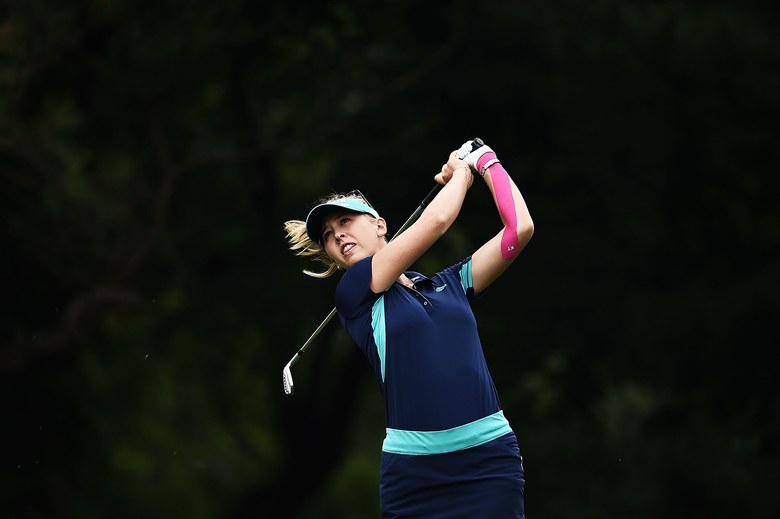 By Keely Levins
The day after earning a spot the U.S. team, Jessica Korda has withdrawn from the Solheim Cup at Des Moines C.C. next week because of a left forearm injury. Korda, who ranked fifth on the Solheim Cup points list, has opened a spot on American captain Juli Inkster’s 12-woman squad.

Her replacement has not yet been announced.

Korda has been playing with tape on her left forearm throughout this season, but the injury flared up at the Ricoh Women’s British Open. The condition was serious enough to cause Korda to withdraw after the first round of the Ricoh Women’s British Open. Though apparently hoping for a speedy recovery, the start of the Solheim Cup on Aug. 18 was not ample enough time to recover.

Inkster was traveling back to the States at the time of Korda’s post and was unavailable for comment, and the LPGA had not released any information about a replacement.

No announcement has been made by either the LPGA or Inkster on who Korda’s replacement will be, though the captains agreed to put a name in an envelope in the event of a withdrawal and are obligated to add that women to the team.

Among those players Inkster has said she was watching: Korda’s younger sister, Nelly, an LPGA rookie.