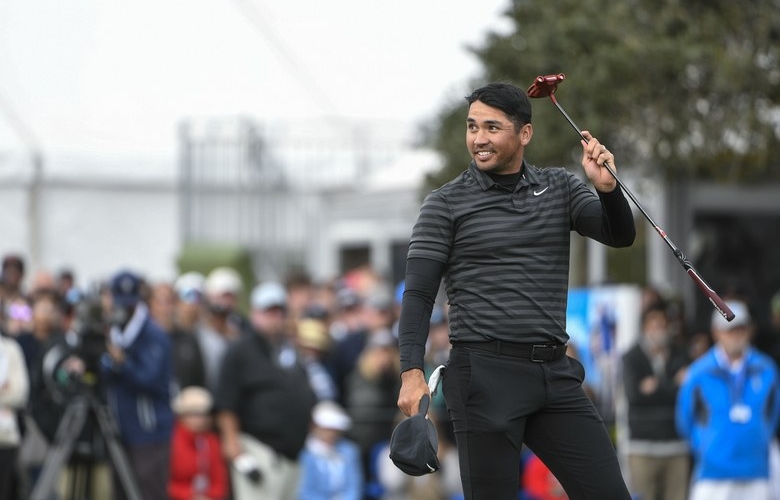 PEBBLE BEACH, CA – FEBRUARY 11: Jason Day acknowledges the fans on the 18th hole during the final round of the AT&T Pebble Beach Pro-Am at Pebble Beach Golf Links, on February 11, 2018 in Pebble Beach, California. (Photo by Ryan Young/PGA TOUR)

By Alex Myers
You obviously don’t get to the top of the Official World Golf Ranking without a solid all-around game. But when Jason Day was really rolling from the summer of 2015 to the spring of 2016, it was mainly due to how he was rolling his golf ball on the greens. Day finished sixth on the PGA Tour in strokes gained: putting in the 2014-15 season and first in the stat in 2015-16.

And after slipping to 39th during a difficult 2017, Day leads again in the tour’s best putting evaluation metric thanks to having the best week on the greens of anyone in the new season.

Day finished T-2 at the AT&T Pebble Beach Pro-Am, but he was No. 1 in SGP for the tournament — and it wasn’t even close. Day finished the week with a sparkling SGP of +3.616, meaning he gained 3.616 shots on the field per round on the greens, or nearly 14.5 shots for the event. In fact, Day was more than one stroke per round better than the next best putter in the field last week.

For the season, Day now leads the tour in the stat at +1.861, which explains why he already has a win and a runner-up in his first two starts of 2018 despite poor play from tee to green. The Aussie currently ranks only 94th in strokes gained: tee-to-green, dragged down by a dismal 189th in strokes gained: approach-the-green.

“If I keep doing what I’m doing,” said Day, who won seven times in 17 starts from 2015-2016, on Sunday, “finishing first and second in the first two events, but also improve that and kind of cut out the blemishes, then hopefully it will be more like 2015.”

It already is when he gets on the green.