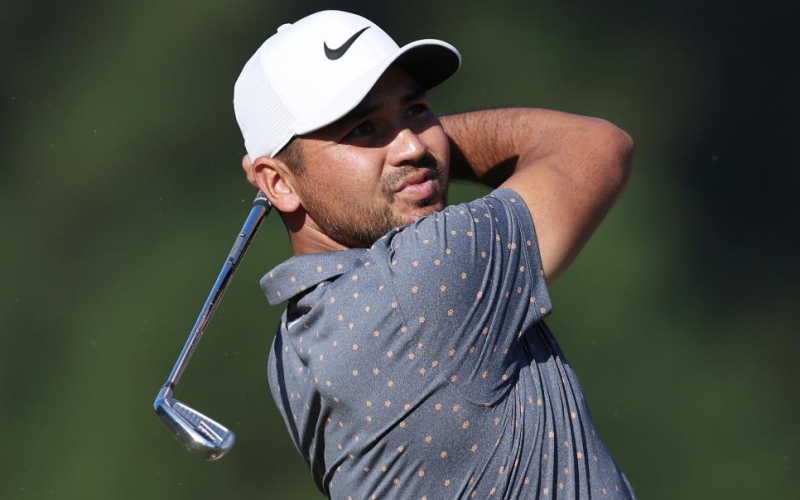 Carmen Mandato
Jason Day plays his shot from the seventh tee during the second round of the Houston Open.

By Brian Wacker
Houston, we don’t have a problem. Or at least Sam Burns didn’t on Friday.

Here are our takeaways from Day 2 at the Houston Open.

Will Jason Day have his day this week?
Day is used to the question, and he got it again on Friday: “How’s your health?”

“I feel like I’ve had that question a lot in my career,” the 32-year-old Aussie said. “Yeah, I feel pretty good.”

The last time Day was in the mix, he withdrew after the opening hole of the final round of last month’s CJ Cup at Shadow Creek.

Winless since the spring of 2018, Day said he’s been working on swing changes to alleviate back pain that has plagued him throughout his career. This summer, after parting ways with longtime coach Colin Swatton, there were signs of progress with Day posting four straight top-10s, which included a T-4 at the PGA Championship.

Since then, however, his game has gone cold and then came the withdrawal in Las Vegas.

“I guess I’m stuck in between patterns right now,” he said. “What I want to feel, my body just won’t handle it and sometimes it just compensates elsewhere. That’s why it happened to my neck at CJ.”

This week, at least, has been filled with more promising signs. After playing his first nine holes of the tournament in two over, he’s had just one bogey over his last 27 holes.

The full Phil
For someone who has been around as long as Mickelson, you might think there wouldn’t be much in the way of firsts for him. You would be wrong, at least on Friday.

Playing the par-3 ninth hole at Memorial Park, the five-time major winner dumped two shots into a creek before finally finding the putting surface with his sixth shot and then two-putting for an 8—his worst score on a par-3 hole in a PGA Tour event, “besting” his previous mark by a stroke, which happened five times.

Mickelson ended his day by holing out for an eagle on the par-4 18th. Of course. 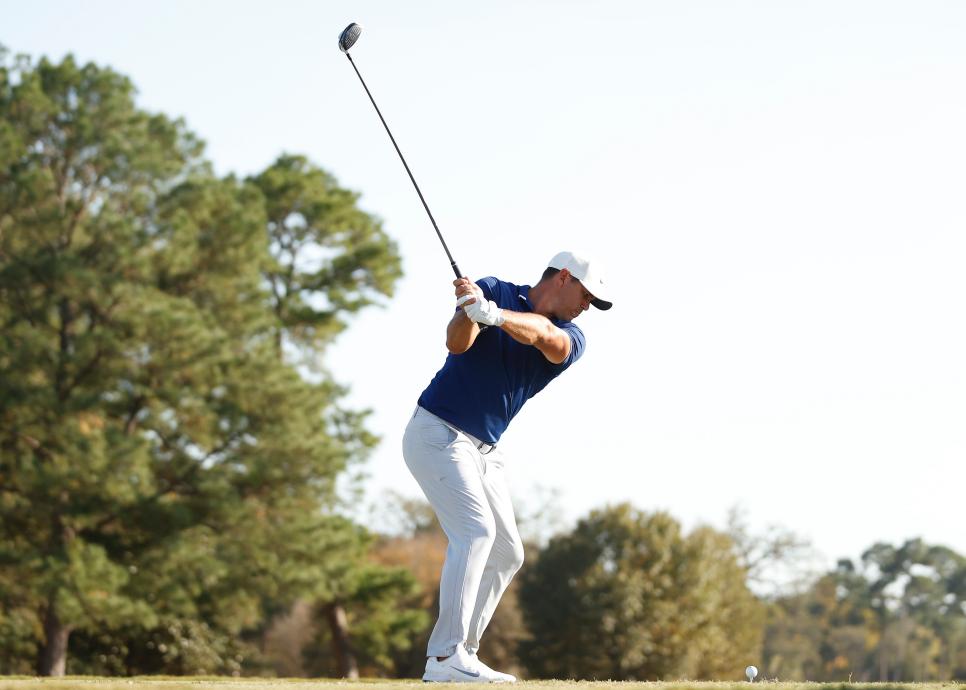 Maddie Meyer
Brooks Koepka plays his shot from the fourth tee during the second round of the Houston Open.

Still, it wasn’t nearly enough for Lefty to make the cut. After a 73 Friday he finished his week in Houston at nine over and now heads to Augusta National a little earlier than planned, 47-inch driver and all. With that longer driver, Mickelson hit just 23 percent of the fairways on Friday.

Brooks is (still) here
Brooks Koepka continues his slow climb back from injury and on Friday shot a two-under 70 that was highlighted by a couple of birdies over his final four holes to make the cut by two.

Whether he made it to the weekend or not probably has little impact on how he will play in next week’s Masters, but it is a chance for a couple of more competitive rounds in what has been a year that has lacked in that department for the oft-sidelined four-time major champ.

On Thursday, after opening with a 72, Koepka talked about the need to strike it better. A day later, he did—sometimes. Koepka made a couple of sloppy bogeys early but bounced back with some good approaches, particularly at the sixth and 12th, to set up a couple of short birdie putts on two of the more difficult holes at Memorial Park.

Yet his play on the venue’s three par-5s was a bit all over the place and he played them in even par with a bogey, birdie and par. 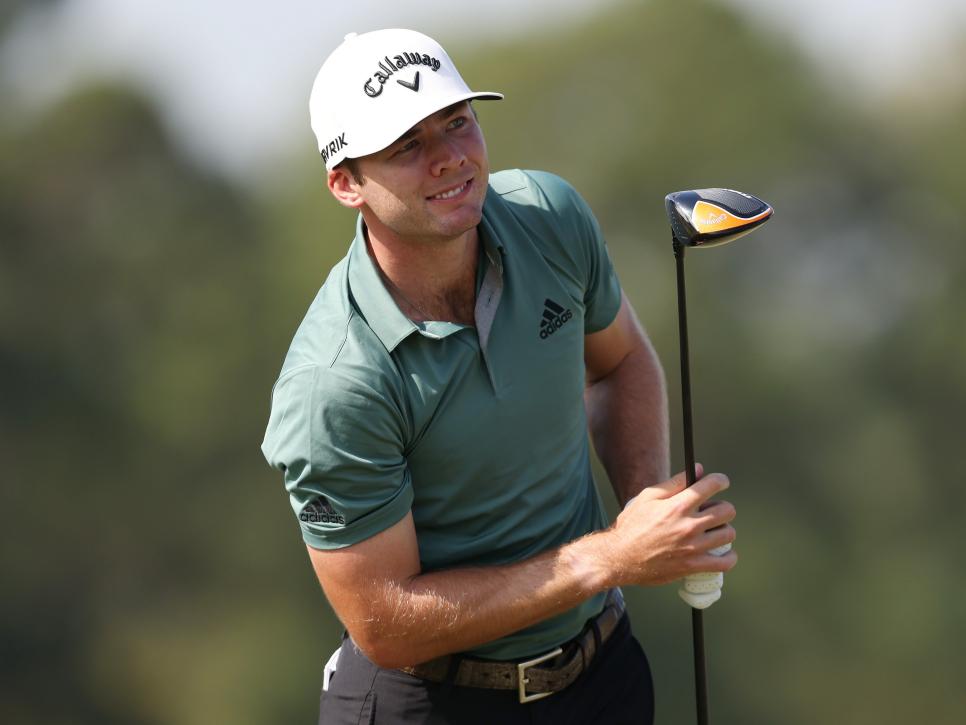 Carmen Mandato
Sam Burns reacts to his shot from the 18th tee during the second round of the Houston Open.

Give it time. Or at least until next week.

The secret to Burns’ success
So how did Burns go bogey-free around Memorial Park? Hitting 15 of 18 greens certainly helped.

“That’s the challenging part of this golf course, it takes a lot of discipline around here,” Burns said. “You get out of position, you just try to get it back to where you can get it up and down or get it in a section of the green where you can lag putt it. Fortunately, early we got some good looks and was able to convert.”

Burns birdied three of his first four holes by sticking his approaches, then he avoided trouble everywhere else and took advantage of the par-5s, tacking on two more birdies on the eighth and 16th holes, hitting it tight with a wedge on the former and avoiding water with his second shot on the latter before getting up and down from 40 yards.

Doing so puts Burns in contention for the second time in two months after a T-7 at the Safeway Open, where he started hot but faded on the weekend. But he says he’s learned from that experience.

“I think slowing down a little bit, really talking through the shot with [my caddie] and making sure we have a clear picture of what we’re trying to do,” he said. “I think that was really helpful to learn that.”