Janewattananond joins Weber in two-way tie at the MahaSamutr Masters 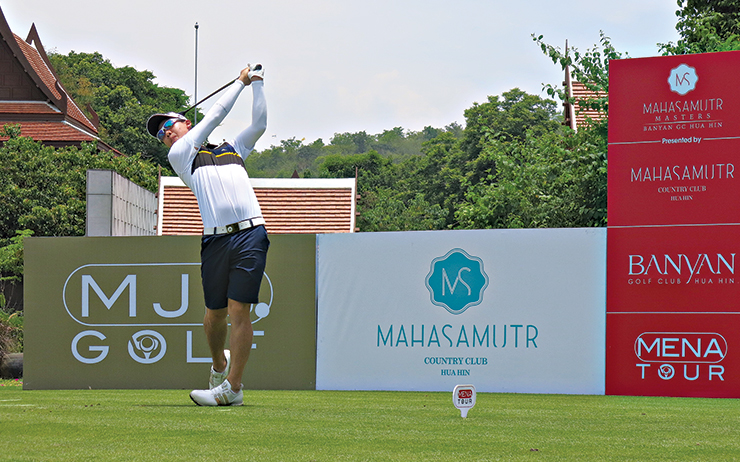 Jazz Janewattananond is clearly a fan of the MENA Tour’s relaxed rules on range finders and the old-school use of pull-your-own trolleys.

The Thai was dialed into his laser-guided distances as he took advantage of a breathless early tee time to card an equal best of the day 68 to join overnight leader Lionel Weber atop the leaderboard at the MahaSamutr Masters in Hau Hin on Wednesday.

Frenchman Weber (67-71) and Janewattananond are tied at six-under 138 heading into the final round at Banyan Golf Club, a shot clear of England’s Jordan Garnish (68-71).

Suradit Yongcharoenchai and Ratchapol Jantavara share fourth a further shot back as Varanyu Rattanaphaibulkij, also of Thailand, and England’s Zane Scotland, who shared the overnight lead with France’s Weber, slipped to T8 after carding 75s.

“I had a pretty solid round today,” said Janewattananond. “ I started early in the morning and that helped. It got a bit windy on Tuesday afternoon, but this morning we had a bit of an advantage as it was very still out there,

“I did well on the back nine, scoring three of my four birdies. I love the idea of using range finders and golf buggies on the MENA Tour. I think I just need to get my rhythm going as there are a lot of good golfers on the leaderboard.”

France’s Weber, who is also a Banyan Golf Club ambassador, made three birdies against two bogeys en route to a second-round 71 to hold on to his overnight lead as Wolmer Murillo of Venezuela, who finished second here last year, kept his hopes alive, moving into a tie for 6th on three under after a 71.

Dubai-based Brazilian Tiago Lobo fired an impressive 68 to join India’s Rayhan Thomas atop the amateur standings on one-under, six ahead of Victoria Tip-Aucha, the first female to play in a MENA Tour event and now the first to make a cut after rounds of 73-76.

An eagle on the par-5, 3rd highlighted the round of Lobo while Thomas, who was two under for the day and six under for the championship through 14, had to settle for a 73 after dropping three shots, including a double bogey on the par-3 17th.

Elsewhere, England Andrew Marshall carded back-to-back 73s that left him tied for 32nd in an 11-man group which included Craig Hinton, the winner of the MENA Tour’s Order of Merit title last year.

The cut was made at four-over 148 with 44 professionals and 10 amateurs making it to the final round.

Craig Kieswetter may have missed the cut by two shots, but the former England cricketer provided one of the highlights of the day, acing the par-3, 15th from 134 yards with a pitching wedge for his second career hole-in-one — and the first in a professional tournament.