James Hahn, who flew from San Francisco to Europe as an alternate, grabs spot in Birkdale field 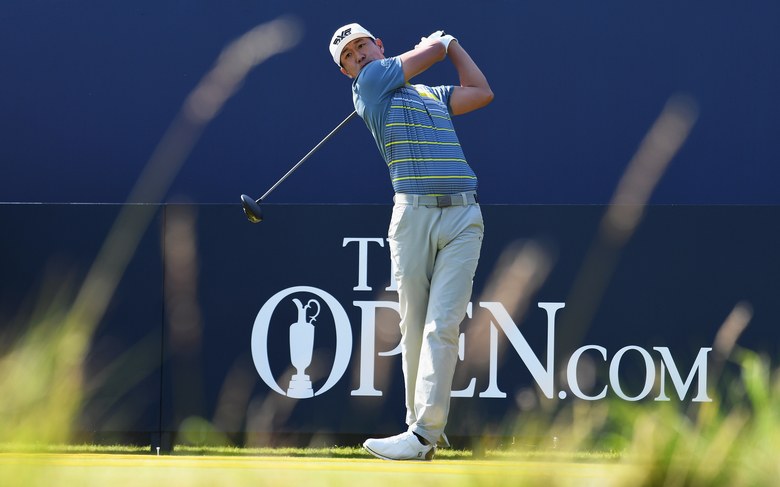 James Hahn hopped on a 5,000-mile flight for the Open Championship, knowing there was a good chance he wouldn’t even compete in the tournament. Luckily for the 35-year-old, his gamble paid off.

Hahn, who was listed as the first alternate for this week’s proceedings at Royal Birkdale, gained entrance to the field Wednesday afternoon as Brandt Snedeker was forced to withdraw Wednesday morning.

As you can imagine, Hahn took the news in stride:

The moment you find out you're playing in the Open Championship! Let's go! #PXGTroops pic.twitter.com/M8U0XxPcsC

Snedeker, who many had circled as a dark horse for the claret jug thanks to his impressive showing at Erin Hills, dropped out due to complications from a rib injury.

This will be the third Open appearance for Hahn, who’s posted three top-20 finishes in his last four outings. Better yet, his fortune rubbed off on practice partner Kevin Na, who recorded an ace during Wednesday’s trek around Birkdale:

"OOOOOOOOO BABY!". Kevin Na with the first ace of the week on the 14th! #TheOpen pic.twitter.com/ZHH4mnpxxF

Luck is a crucial element at Open week. Hopefully Hahn, who tees off at 5:20 AM ET with J.B. Holmes and Shane Lowry, can keep the streak going on Thursday.