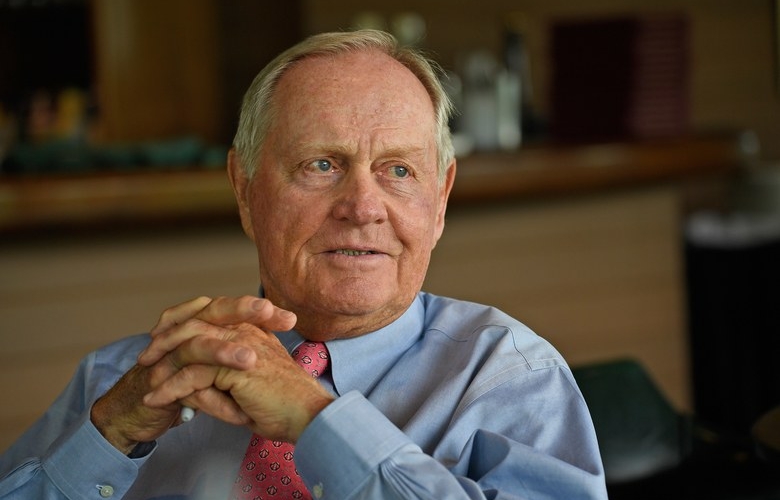 By Alex Myers
Jack Nicklaus will turn the big eight-oh in January, but the Golden Bear still possesses plenty of magic on the course in his golden years. On Tuesday, the 18-time major champ shared proof of this with a video of him draining an incredible putt from well off the green. And one that turned out to be pretty clutch as well.

According to Nicklaus, the long make was for the win in the Legends Division of the National Pro-Scratch Invitational at Sycamore Hills Golf Club in Fort Wayne, Ind. At the end of the video, Nicklaus is shown holding a big cheque made out to him for $25,000. It’s not quite the FedEx Cup money today’s top golfers play for, but not bad. Anyway, here’s the remarkable putt, which was recorded from multiple angles and drew a loud cheer from onlookers:

Good way to end the day!
Promised partner & longtime friend Tom Kelley I would share our fun. Tom & I won the Legends Division (small field😉) today in 2-day @SycamoreHillsFW National Pro-Scratch Invitational.
Wanted to make sure on 18 that we didn’t lose in a scorecard playoff! pic.twitter.com/8VSWYsmKH4

Of course, as far as post-playing career putts go for Nicklaus, nothing will ever top that time he showed Johnny Miller how to hit a 100-foot putt by making a 100-foot putt:

No matter how many times we watch that, we still can’t believe it.

In both instances, Jack made the putts on golf courses he designed. But c’mon, those are outrageous makes. Well, outrageous if you haven’t won 18 majors.