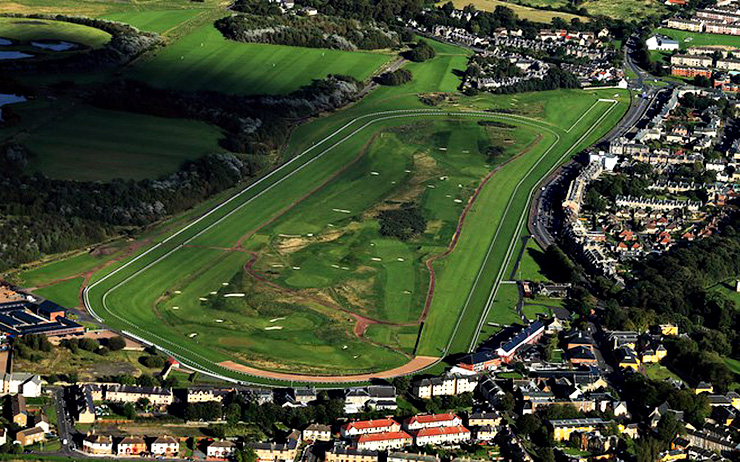 Plans have been proposed to “recapture the long-lost heritage” of one of golf’s most historic sites, the Musselburgh Links in East Lothian.

It was there in 1567 that Mary Queen of Scots fell foul of the authorities when she was accused of playing the game a few days before her surrender to the Confederate Lords. Much later, the former home of the Honourable Company of Edinburgh Golfers (now based at Muirfield) hosted the Open Championship six times between 1874 and 1889.

The “Honest Toun” also produced five Open champions, including the first-ever, Willie Park Sr., in 1860. And if you have ever wondered why a hole measure 4¼ inches across, it is because that was the diameter the men of Musselburgh came up with back in the 19th century.

More recently, the nine-hole course, with several holes settled inside a horse-racing track, has fallen into something close to disrepair, its present configuration a long way from that on which the game’s oldest championship was played. Many mistakes have been made over the years. By way of example, two nonsensical and wholly inappropriate bunkers were added behind the fifth green within the last 15 years. 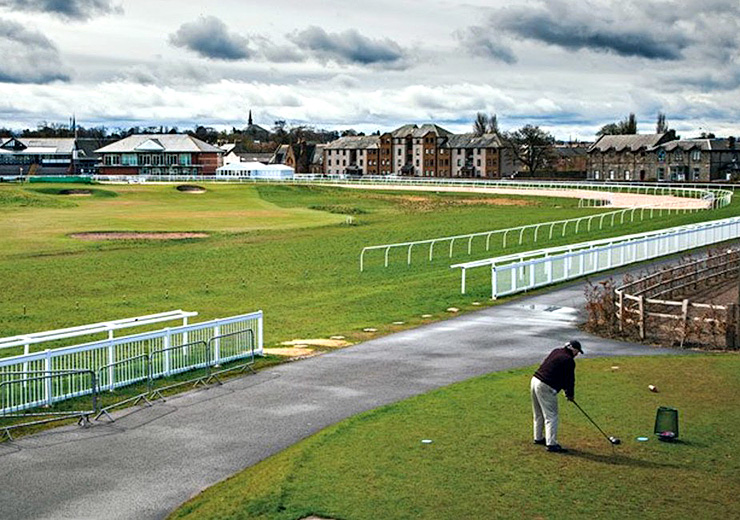 A golfer hits his drive over the horseracing track on the sixth tee box at Musselburgh Golf Links. Photo: Andrew Hetherington

Now, however, Edinburgh-based Blue Thistle Ltd., an investment firm, wants to spend £10 million over the next seven years restoring the course to “Open Championship condition” and refurbish its accompanying facilities. Proposals for the plans have been submitted to the course custodians, East Lothian Council.

“The Musselburgh Links Course has an immensely important role in the history and development of the game Scotland gave to the world, and it is our wish that be recognized and returned to its former glory,” says Robin McGregor, director of Blue Thistle. “The investment is in place to launch this project, and our shareholders remain satisfied the business plan is well positioned to give them a good return on investment over the medium to long term. Essentially, we wish to make Musselburgh great again.”

To that end, Blue Thistle have consulted with architects Tom Mackenzie and Martin Ebert (the men behind the recently redesigned Ailsa course at Turnberry).

“We want to re-imagine parts of the course, re-specifying a host of iconic features that were in play at the time of the late 19th century Open Championships, such as the famous ‘Pandy Bunker’ on the sixth hole which have been lost through time and due to the expansion of the adjoining Musselburgh racecourse,” McGregor said. “The course will be a challenge for the modern golfer using today’s clubs and equally for the traditionalist and historical golfer who play with hickory-shafted clubs.

“Moreover, some new tees and greens will be built, new practice facilities created and we shall spearhead a major campaign to establish and grow a ‘grassroots’ program to encourage local juniors to take up the game on a course which replicates a genuine Open Championship course of yesteryear.”