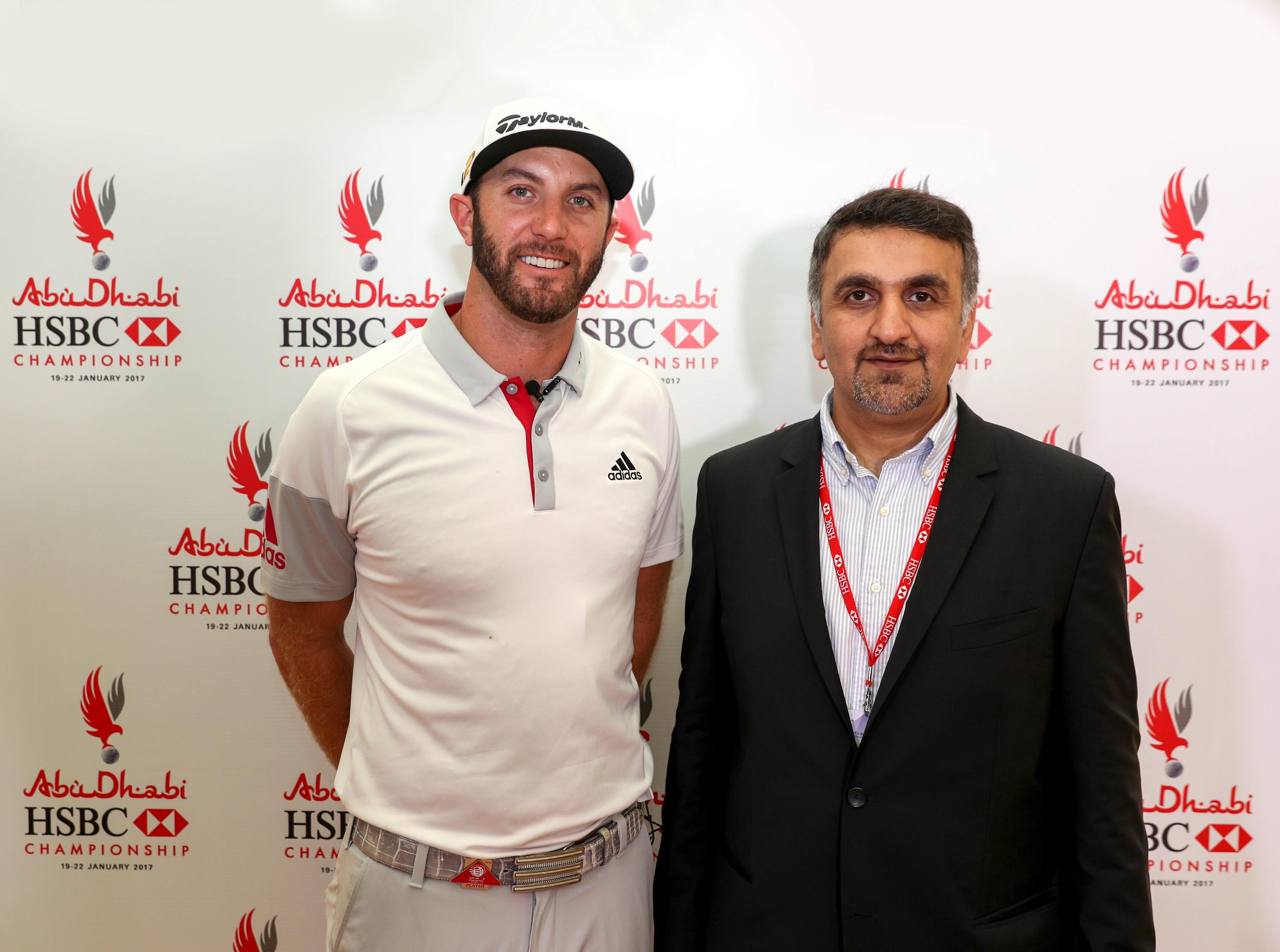 The U.S. Open champion makes his Middle East bow against another outstanding field as another tantalising edition of the Abu Dhabi HSBC Golf Championship takes shape

orld No.3 and PGA Tour Player of the Year Dustin Johnson will make his Middle East debut when he headlines the Abu Dhabi HSBC Golf Championship, January 19-22. The big-hitting American harnessed his prodigious talent in 2016 to break through and win his first major, the U.S. Open at Oakmont with an awesome display of ball-striking, adding the WGC Bridgestone Invitational to his trophy haul and helping the USA finally recapture the Ryder Cup at Hazeltine.

In an exclusive interview with Golf Digest Middle East, Johnson revealed that he has heard all about the Abu Dhabi HSBC Golf Championship and can’t wait to tee it up in the capital. “I’m really excited about going to Abu Dhabi and playing in the Middle East for the first time. I’ve heard a lot of really good things about the golf course from all the guys who have played over there, Rickie and Rory, they think the course is great and they tell me I’m definitely going to like it.” 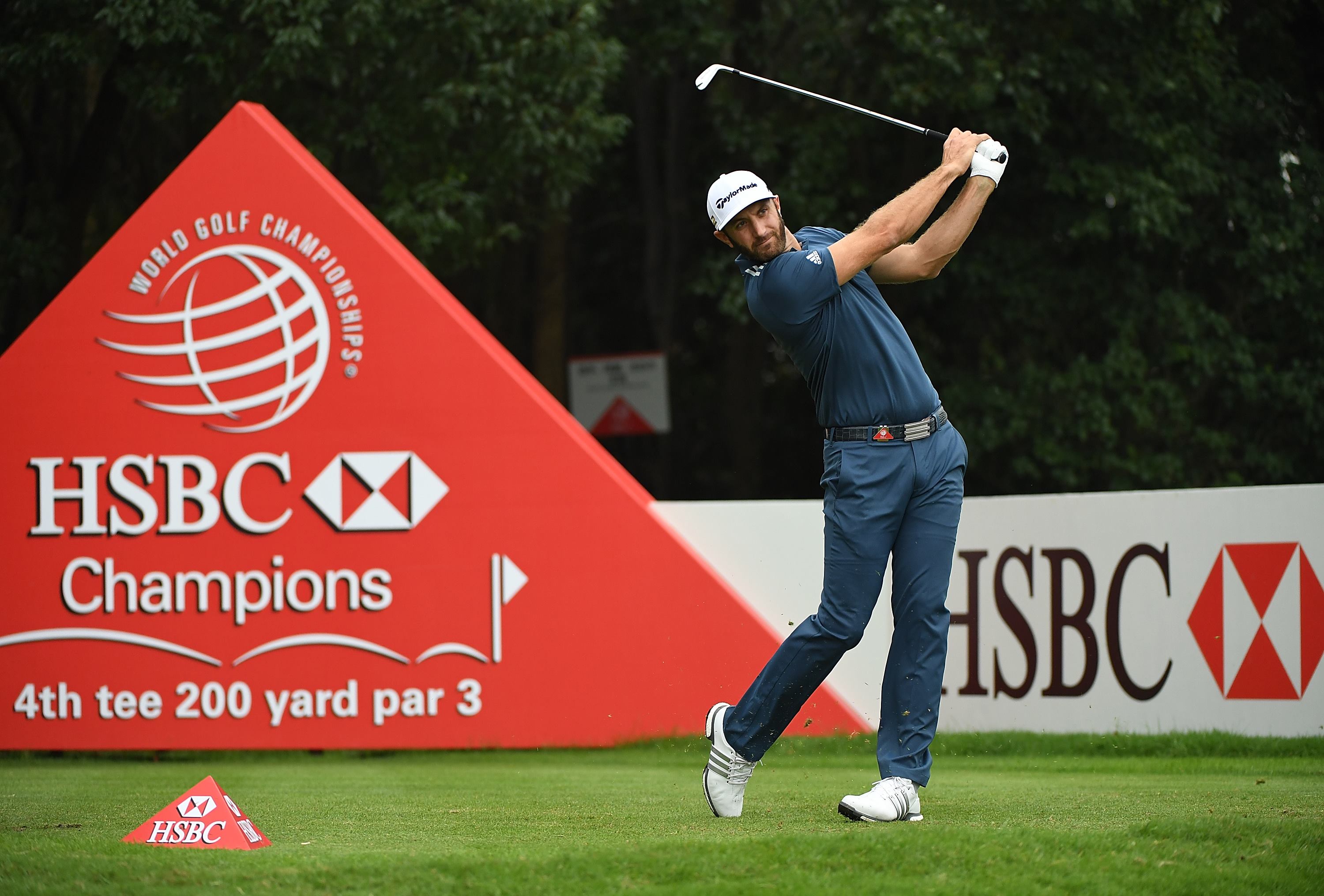 Dustin Johnson won the WGC-HSBC Champions in 2013 – can he add the Abu Dhabi HSBC Golf Championship to his collection?

Given the way he has played this year there are few courses that don’t set up well for one of the world’s longest hitters, but the National course at Abu Dhabi Golf Club will play to his strengths. “I won’t do too much differently,” he said when we asked what his strategy would be for tackling a new venue. “I’ll get out there and figure out the best game plan [early in the week].”

Since becoming a father, a life change that Johnson says has given him “a whole new perspective”, the South Carolina native has combined his supreme athletic prowess with a harder, more ruthless edge that has seen him banish the tag of major nearly-man and come through the toughest test of all at America’s hardest venue, the fabled Oakmont. A blue riband year also saw him add a victory at the BMW Championship during the FedEx Cup Playoffs and register a top five at the Masters and a top 10 at the Open Championship. Being part of a winning Ryder Cup team at his third attempt was the icing on the cake.

“Obviously getting my first major was very special and something I’ll never forget, walking off that 18th green,” he said. “Winning the Ryder Cup too, it’s different being a team event where you’re playing for your country and the fans, and the guys on your team. It’s very, very special to bring home the cup. I’ve played on three teams and this is the first time we’ve won it, so it’s a very special feeling – similar I would say to the [U.S.] Open, but with the Open I’m out there playing for myself.” You get the distinct feeling that the newly crowned PGA Tour Player of the Year is just getting started. Johnson knows he has the talent to win multiple majors, and now he has the confidence to go with it. But right now, his sights are trained squarely on the UAE capital. “I’m proud of the way I played [in 2016] but right now I’m looking forward to coming to Abu Dhabi and I’m excited about the new year.”

Lining up against a stellar field that includes Rory McIlroy, Henrik Stenson, Masters champion Danny Willett and defending champion Rickie Fowler, Johnson won’t lack for motivation as he looks to start 2017 with a bang.