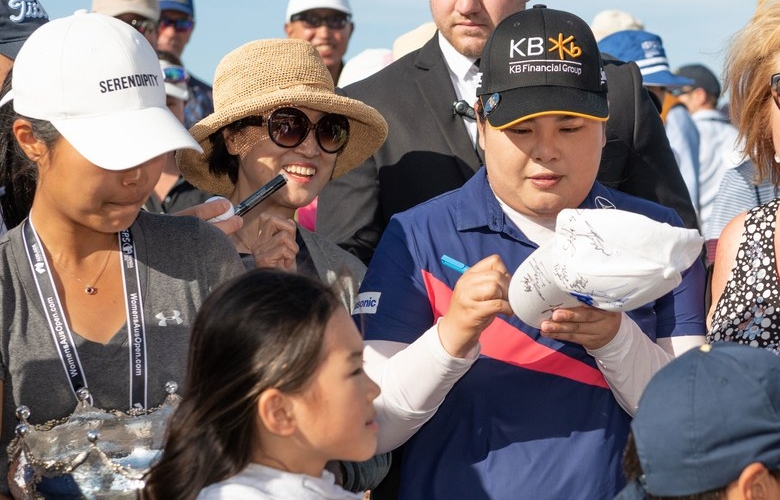 By John Huggan
ADELAIDE, Australia — She didn’t quite finish as she started, but the ending was sweet enough for Inbee Park at the ISPA Handa Women’s Australian Open. Three days after beginning her opening round by holing-out a wedge for an eagle 2 on the first hole, the 31-year-old South Korean strolled to victory on a blustery Sunday at Royal Adelaide. Park’s closing one-over-par 74 was enough to maintain her overnight three-shot edge and clinch her 20th victory on the LPGA Tour.

Closest to Park’s winning aggregate score of 14-under 278 was American Amy Olson, who finished strongly with a 70 on a day when only one player, Cristie Kerr, shot in the 60s (69). France’s Perrine Delacour, the leading money-winner on last year’s Symetra Tour, was third at 10 under after a closing 73 marred by a triple-bogey 7 on the 14th hole.

It was, however, Park’s day, Park’s week and Park’s tournament from the moment her ball disappeared into the cup on the first green Thursday morning. Almost two years on from her previous victory, this was the LPGA Hall of Famer and former World No. 1 back to something like her distinguished best.

Park’s putting, something of a bugaboo recently but normally a strength, was the biggest difference between her and the rest. Time after time she holed out from six to eight feet for pars—most notably on the sixth, eighth and 12th greens—during a final round in which her ball-striking slipped from the peerless form she had shown over the first 54 holes, but never enough to cause her any real anguish. Only once all day was the margin between first and second less than three shots. 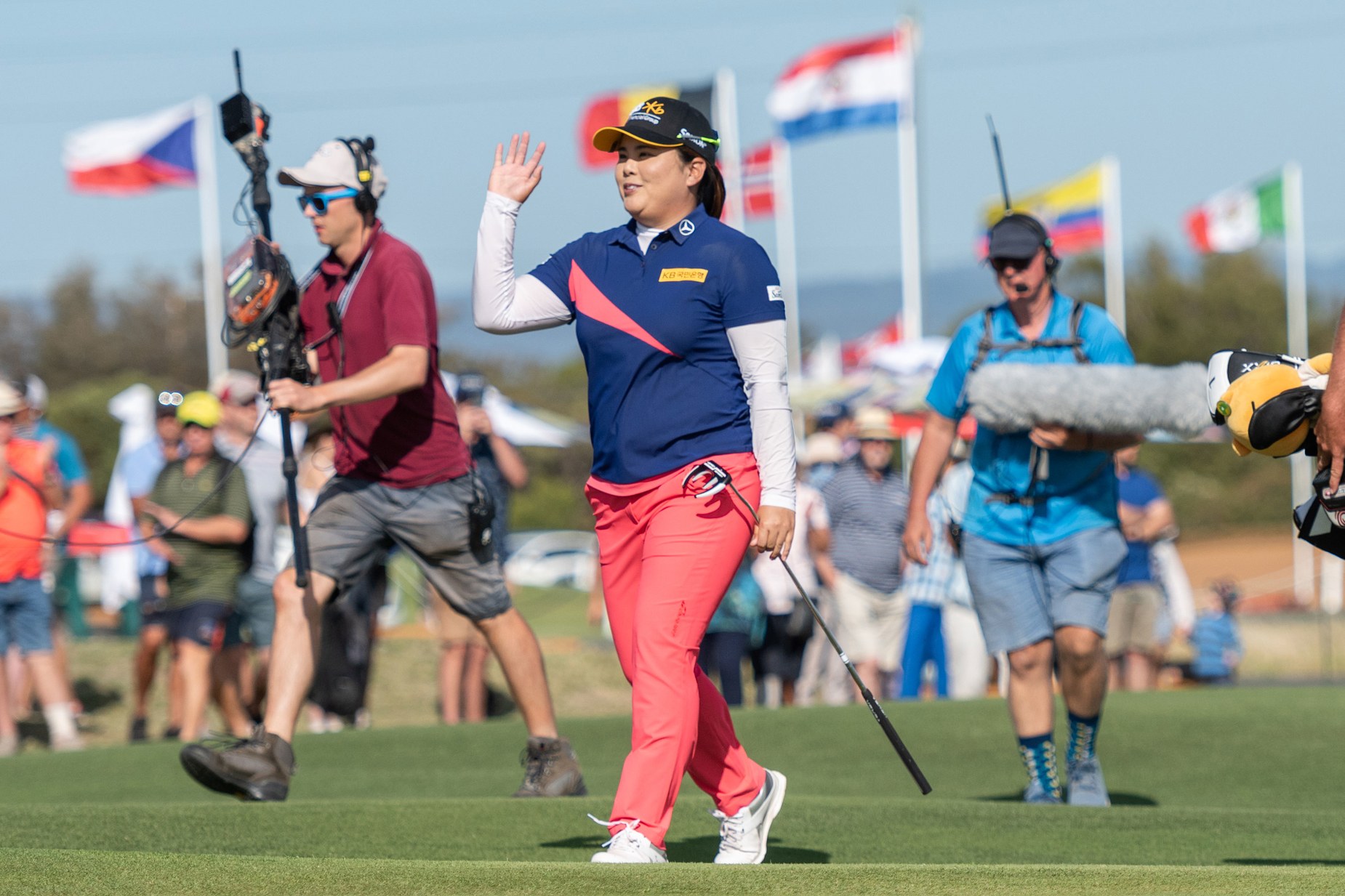 Sue McKay/Getty Images
Park waves to the crowd as she heads towards the 18th green at Royal Adelaide.

Still, while this win was obviously important to the new holder of the Patrica Bridges Bowl—“19 is an unlucky number in Korea,” she said—it also represented an important step towards qualification for the Olympic Games in Tokyo later this year. The gold medalist in Rio four years ago, Park is currently not one of the top-four Koreans on the Rolex Rankings; she was ranked No. 17 entering the week. Such is the depth of quality her home nation can boast in women’s golf, even making the top 15 in the world (any country with four players inside that mark is allowed to take only four to the games) would offer no guarantee of a seat on the plane to Japan.

But that is for the future. For now, Park had some kind words of tribute for her longtime caddie, Australian Brad Beecher.

“It’s been a long time with him [14 years],” she said. “He loves Australia and every time we play in the U.S. he flies back there, even if there’s only five days off. So being able to win for him in front of his people in Australia is just great.”

More soberly, while Park was clearly intent on enjoying a long-awaited victory to become the 28th golfer to break the 20-win mark on the LPGA Tour, she hinted again at her previously expressed desire to retire from the game in the not too distant future.

“It’s a great honour to put my name among these legends in golf and hopefully later, 10, 20 years later, everybody looks at those names and maybe one of my name, and then everybody thinks that it is their honour to be on there,” she said of the trophy previously held by the likes of Laura Davies, Annika Sorenstam, Lydia Ko, Karrie Webb and Jan Stephenson. “And yeah, it is hard, travelling like this. But it is what I need to do so that I can do what I love to do. Although, after I retire I’m going to miss this life probably.”

Maybe. Maybe not. But what is for sure is that Park didn’t miss much else this week during her visit to South Australia.