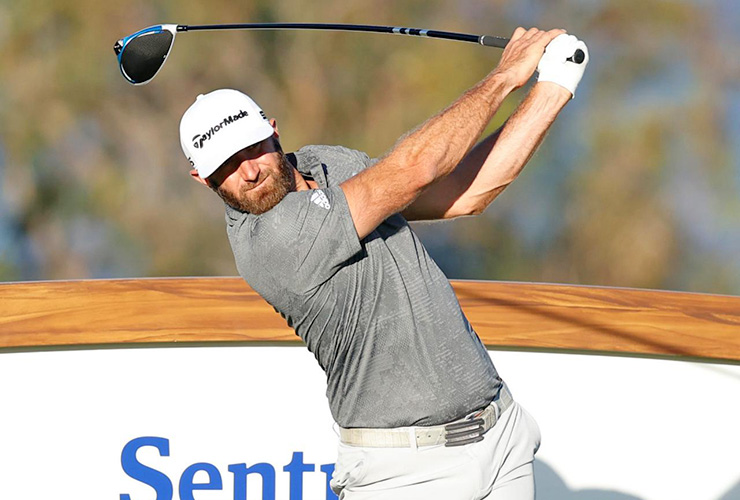 Even with his time off, Dustin Johnson is among the favourites at the Sentry Tournament of Champions. Cliff Hawkins

By Brian Wacker
The green jacket is hanging in a closet at home. No need for a coat in Maui.

“I’ve worn it a couple of times, not a whole lot,” Dustin Johnson said Wednesday at the Sentry Tournament of Champions. “I’ll put it on every once in a while at the house.”

This week marks Johnson’s first start since winning the Masters in November, an achievement that was celebrated a day later with a plush vacation in Saint Barts, where he was joined by fiancee Paulina Gretzky, caddie and brother Austin and his wife, as well as a contingent of friends. There, they enjoyed the spoils of victory and the offseason, which included imbibing a few well-deserved shots and playing a giant Jenga.

Once Johnson returned home, there was a TaylorMade shoot in South Florida, the Thanksgiving and Christmas holidays and more R&R, this time in the Bahamas, sandwiched in between.

Re-watching his Masters triumph? He hasn’t even done that, at least not yet. For now, a link to the broadcast sits in his email undisturbed, much like his clubs.

“Haven’t played a whole lot of golf,” he said. “But that was on purpose.”

This week it’s back to work. 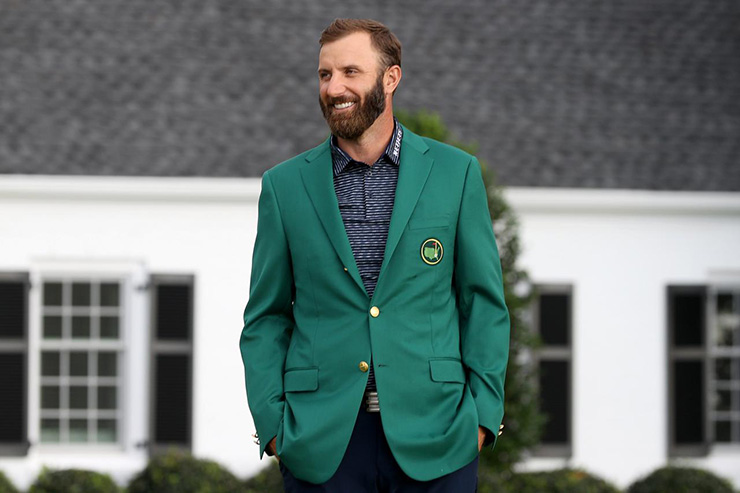 Dustin Johnson smiles during the green jacket ceremony after he won the 2020 Masters. Rob Carr

“It’s OK to be a little bit rusty,” he said. “The fairways are nice and wide and there’s still some shots, you got to hit some really quality golf shots, but I feel like I’ve had the last week or so to play a little bit. I’m rusty, but not too rusty.”

Not that there figures to be that much rust anyway, even with two months of downtime. In Johnson’s last seven starts dating to the PGA Championship in August, he has finished no worse than sixth, won twice and finished second twice.

The Plantation Course is also the perfect place for the 36-year-old World No. 1 to resume competition. He’s won the TOC twice before, the most recent of those victories coming in 2018. A year ago, he tied for seventh.

“Everything feels pretty similar,” Johnson said. “Obviously not quite as sharp as I was probably back at Augusta, but I’m seeing a lot of the same shapes and I feel like I’m doing everything pretty well, even though I haven’t practised a whole lot here lately.”

And what about the possibility of a letdown following a year in which he won three times in 2020, finished runner-up four times, third once and had three other top-10s in 18 worldwide starts?

“Motivation for me, it’s not that hard,” Johnson said. “I like being the best.”