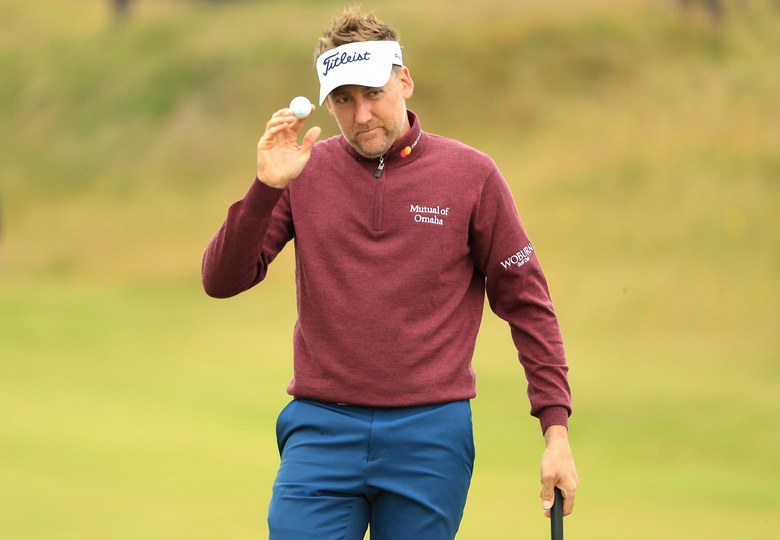 Things are really starting to look up for Ian Poulter. Having missed a good chunk of 2016—“the worst year of my life, no question”—because of on-going issues with an arthritic right toe, the colorful Englishman started this year ranked 184th in the world, a long way from his career high of fifth. Entering this week’s Aberdeen Asset Management Scottish Open, Poulter was up to 85th, a number that will assuredly shrink considerably should he add three more 67s to the five-under-par round with which he opened at Dundonald.

That the European hero of the 2012 Ryder Cup at Medinah should perform so well is no surprise, of course. Tied for second at the Player Championship in May, Poulter recently negotiated the 36-hole qualifying for next week’s Open Championship at Royal Birkdale, where he finished runner-up behind Padraig Harrington in 2008. With rounds of 70 and 68 over his home course at Woburn, the man from Leighton Buzzard ensured his return to the famous Southport links.

All of that, though, is in the past and for the future. For now, Poulter is more concerned with hitting the ball better than he did en route to an opening-round score that had him tied for the early lead. Which was surprising. The five birdies and an eagle dotting his card did not suggest a man at odds with his swing.

“I’m pretty happy,” he admitted. “But the last couple of days, I don’t feel like I’ve hit it all that well. I spent a bit of time yesterday on the range with [swing coach] Pete [Cowen]. I was concerned about a couple of shots with the wind off the left. My misses have been to the right. That’s never good, and there’s lots of trouble out there down the right-hand side.”

The highlight of Poulter’s round came on the 546-yard par-5 14th, where his 5-iron approach finished no more than two feet from the cup.

“A tap-in eagle is always nice,” he confirmed. “A couple of blemishes came along on the 15th and 16th. But they are two tough holes, so that can happen. Apart from that, I was in-play a lot. I gave myself chances, took a couple of them, rolled-in a couple of nice 25-footers and there was no real drama.”

So does he feel like he is getting back to the sort of form that will see him back in the all-important top 50 on the world rankings? Not yet.

“There is still work to do,” Poulter claimed. “I still need to work on the game. As good as that round was today, I’m still going to hit the range. I’m still not 100 percent happy. It’s a work-in-progress. So I’ll keep working towards the ultimate goal.”

Which is? Or are? The answers are both obvious and simple. Last December, Poulter received a special award from the British PGA (he is surely one of only a few players on the PGA Tour who can change the grip on a club, a skill learned in his early golf-shop assistant days) and made the following predictions:

On current form, few would bet against him.