Holde Schneider/Bongarts/Getty Images
Tiger Woods lines up a putt with his new Nike Tour Accuracy ball at the 2000 Deutsche-Bank-SAP Open in Germany, just weeks before his historic U.S. Open triumph at Pebble Beach.

By E. Michael Johnson
Editor’s Note: Twenty years ago, Tiger Woods put a Nike Tour Accuracy golf ball in play at the Deutsche-Bank-SAP Open in Germany, igniting a chain of events that caused a paradigm shift in the golf-ball industry in a little more than five months time. The below article is re-printed from the May 31, 2010 issue of Golf World that commemorated one of the seminal moments in the game in regards to equipment.

As it turned out, Woods managed just fine with the new ball. It was the golf-ball industry that underwent the dramatic change after Woods first teed up the Swoosh-logoed ball in competition 20 years ago yesterday—May 18, 2000, to be precise—at the Deutsche-Bank-SAP Open in Germany.

In early 2000, the golf world was abuzz with talk of the ball going too far. The focus, however, wasn’t so much on the ball, but on new drivers with excessive spring-like effect, including those that exceeded USGA rules. Nearly lost in the outcry was a win by Paul Azinger at the Sony Open in Hawaii using the Nike Tour Accuracy.

The lack of excitement over the Nike ball was understandable. Despite Callaway generating some interest over its multilayer, urethane-covered Rule 35 ball a few weeks earlier, market-leader Titleist continued to produce wound golf balls for the game’s best players. 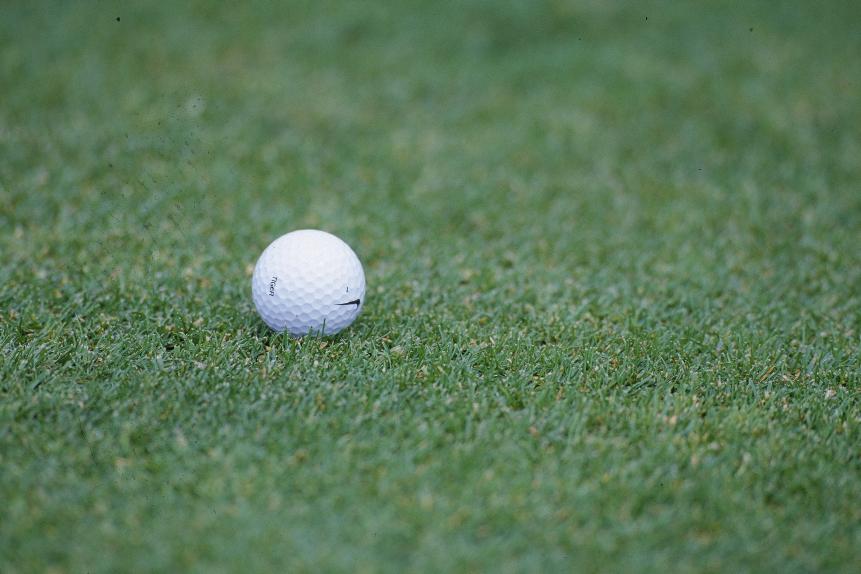 What the industry didn’t know was that Woods had been testing the solid-core ball since January 1999—nearly 18 months before he put it in play. According to Rock Ishii, Nike’s director of product development for golf balls, Woods saw his driver spin drop 600 to 700 rpms but asked the company to tweak some aspects of the ball. In 2000, before the Masters, he hinted to the company that he was going to put it in play “soon” but did not say when.

“Honestly, I was surprised he put it in play during the season,” said Ishii. “Tiger usually makes his changes during the off-season. In early May 2000 we had another session with him that went well, but Tiger said he still needed some time to adjust to the ball. I went back to Japan and by the time I got off the plane I had a message saying he was going to use the ball in Germany. I went to Germany and Tiger finished third, mainly due to a 7-iron on the 70th hole that flew the green and went in the water. I thought he might stop using the ball after that, needing more time to adjust to the distance gains.”

Instead, Woods used—and won—with the ball at Memorial. Still, Ishii wasn’t sure the ball would be used at the U.S. Open. “Tiger asked me to make him a couple hundred of the balls so he could take them home and practice with them so he could get ready for the U.S. Open,” said Ishii. “That’s when we knew he would play it. We also knew after he won so convincingly with it that it would probably signal a paradigm shift in the market and on tour.” 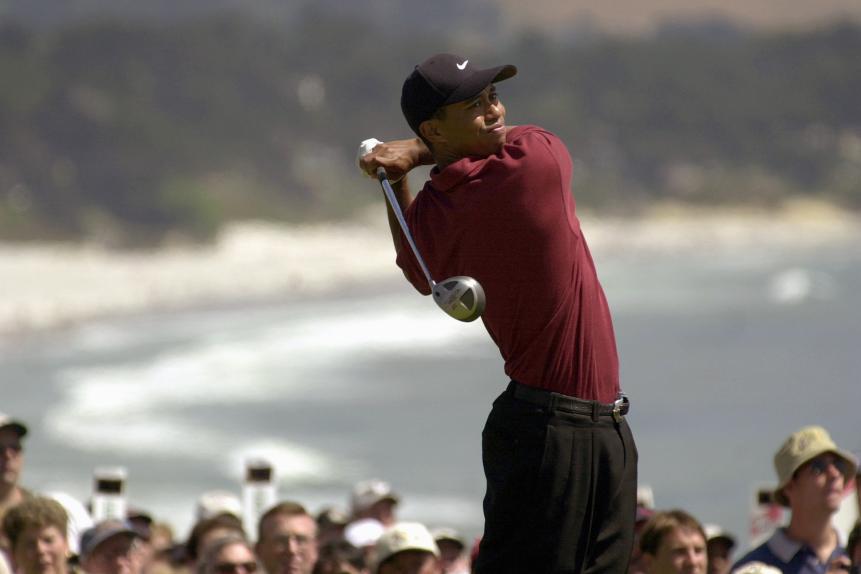 Matthew Stockman
Woods at the 100th US Open

That it did. Woods not only won Memorial and the U.S. Open (a mind-blowing 15-shot victory) but went on a run in the U.S. that saw him win six of eight events after the switch, including the British and Canadian Opens. Woods’ success had other players curious—which resulted in companies paying notice.

One such situation was Titleist and Davis Love III. Love tested the Nike ball prior to the 2000 British Open at St. Andrews and was mulling a lucrative deal from Nike. Titleist lured him back into the fold with a 10-year, full-line contract.

“As far as we’re concerned, we’re at war and Love was our Midway,” said Acushnet chairman and CEO Wally Uihlein at the time. “Anybody who thinks we’re lying and dying. I’ve got news for them. We’re beefing up, we’re not backing off. We take very seriously any threat to our franchise and any attempt to derail our position in the marketplace.”

Actually, Woods’ switch to the Tour Accuracy might’ve actually strengthened the Titleist ball franchise. Although already in the planning stage, Woods’ success with the Nike ball, and the subsequent desire of players to see what all the fuss was about, forced Titleist to get in the multilayer urethane game sooner than it had anticipated.

“I’d like to see what you have in R&D coming out,” said Phil Mickelson (a Titleist staff player) to Uihlein at the 2000 U.S. Open. What Titleist had was a “Laboratory Test Ball,” which would become the Pro V1. Uihlein acknowledged at the time that his talk with Mickelson was a key in the decision so start production of the ball.

“It would be foolish and naïve to think that 30 days after a discussion I had with Phil Mickelson that voila, something falls out of the white-coated laboratory that represents a magic elixir.”

The Pro V1 prototype was first shown to a large number of players at the 2000 SEI Pennsylvania Classic, generating so much talk that Golf World likened it to, “a carload of teenage girls on its way to an ’N Sync concert.”

A few weeks later the ball debuted in Las Vegas with 47 players putting the Pro V1 in play (the previous week only one Titleist player, Corey Pavin, had used a non-wound ball), including winner Billy Andrade, and the stampede to solid-core balls was on. By March of the following year nearly percent of the tour was using solid-core balls, a number that became 100 percent by the end of 2002. Vijay Singh’s win at the 2000 Masters was the last of the men’s majors won with a wound ball. The paradigm shift found its way to the consumer market as well, where golfers could now purchase tour-level balls that flew farther but didn’t cut and the Pro V1 became perhaps the best-selling ball in history.