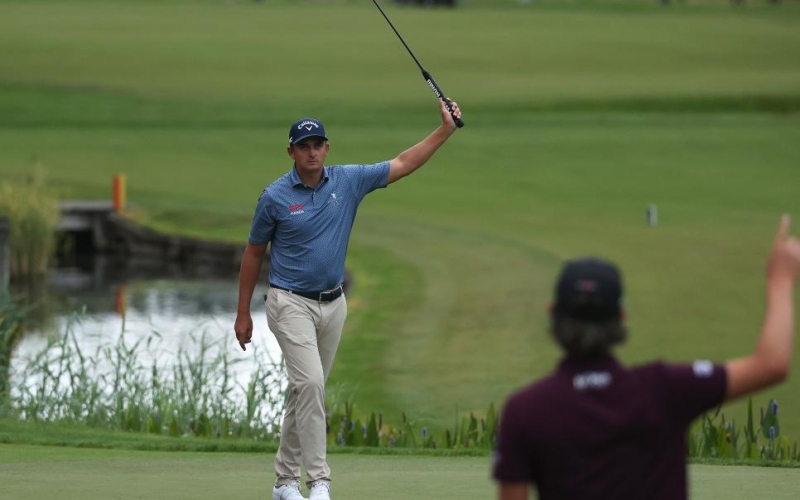 By John Huggan
VIRGINIA WATER, England — Of the 25 men who claimed PGA Tour cards via the Korn Ferry Tour Finals last week, five are in the field at Wentworth for the BMW PGA Championship. And two of those – Kiradech Aphibarnrat and Christiaan Bezuidenhout – are leading. At either ends of a long day on the Burma Road course, both shot eight-under-par 64s to sit one stroke ahead of former Masters champion Adam Scott.

“It was a big boost for me to get my PGA Tour card last week,” said the 27-year old South African, whose round included seven birdies, an eagle, and only one dropped shot. “So I’m sure Kiradech is feeling the same way. My game was solid today, as it has been for a while now. Every now and then my putter has gone cold. And I’ve had days when I’ve not been finding the right places on the greens. It’s been a while since I played badly though. Things have been going very well for me. Which is great. We all know that golf is a series of ups and downs. But right now I’m doing the right things most of the time.”

That was certainly true at the 552-yard par-5 fourth. Just over the green in two, Bezuidenhout pitched in on the fly to complete a spectacular eagle, what was the highlight of an outward half of 30.

“I was playing solid the whole day,” he said. “I was driving it well the whole day. That gave me lots of chances. And the putter was going well. I just spoke to my coach last week. He said everything is there. Everything with my game feels better than a year ago.”

Just as chuffed with his performance was Aphibarnrat. Nearing the end of a year that has contained a lot more missed cuts than top tens, the 32-year old Thai showed glimpses of the form that took him as high as 36th in the world rankings at the end of 2018 (he is now 516th). More than glimpses actually, especially on the back nine where he made seven of his eight birdies. He finished with a flourish, too. A 20-foot putt for par disappeared into the cup on the par-5 18th, making up for the two shots he had earlier expended in a fairway bunker.

“I’m just trying to get that (bad form) off my head,” he said. “I had a really hard time last two years playing with injury, hurting my right knee after the Masters. Then when the COVID was hit, I have to go back to my country. Was stuck there for eight months and couldn’t play much golf. When I came back out, I just couldn’t get the rhythm to play a golf tournament. I get nerves to go on the first tee, I don’t know how to move the ball. I didn’t feel comfortable on the golf course at all. After I get my PGA Tour card back, it just loosened me up. I feel free to play my own game. I feel more comfortable on the golf course.” 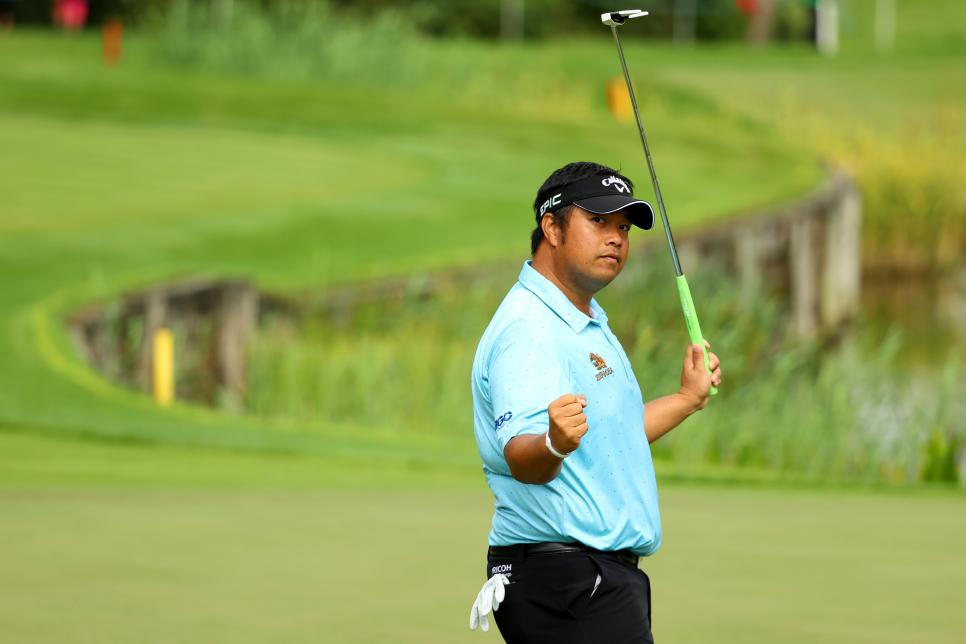 Still, of the two, Bezuidenhout’s 64 was superior, compiled as it was in the more difficult afternoon conditions. So the last word — something of a farewell — must go to the South African.

“It was just a matter of time for me to go over to the States,” he said. “It has always been my aim to play over there. I’ll still support the European Tour. I love playing here. But my main focus will be on the States.”

But not on the Korn Ferry Tour. Not any more.

Billy Horschel pulls off a stunning win at the BMW PGA, makes history in the process