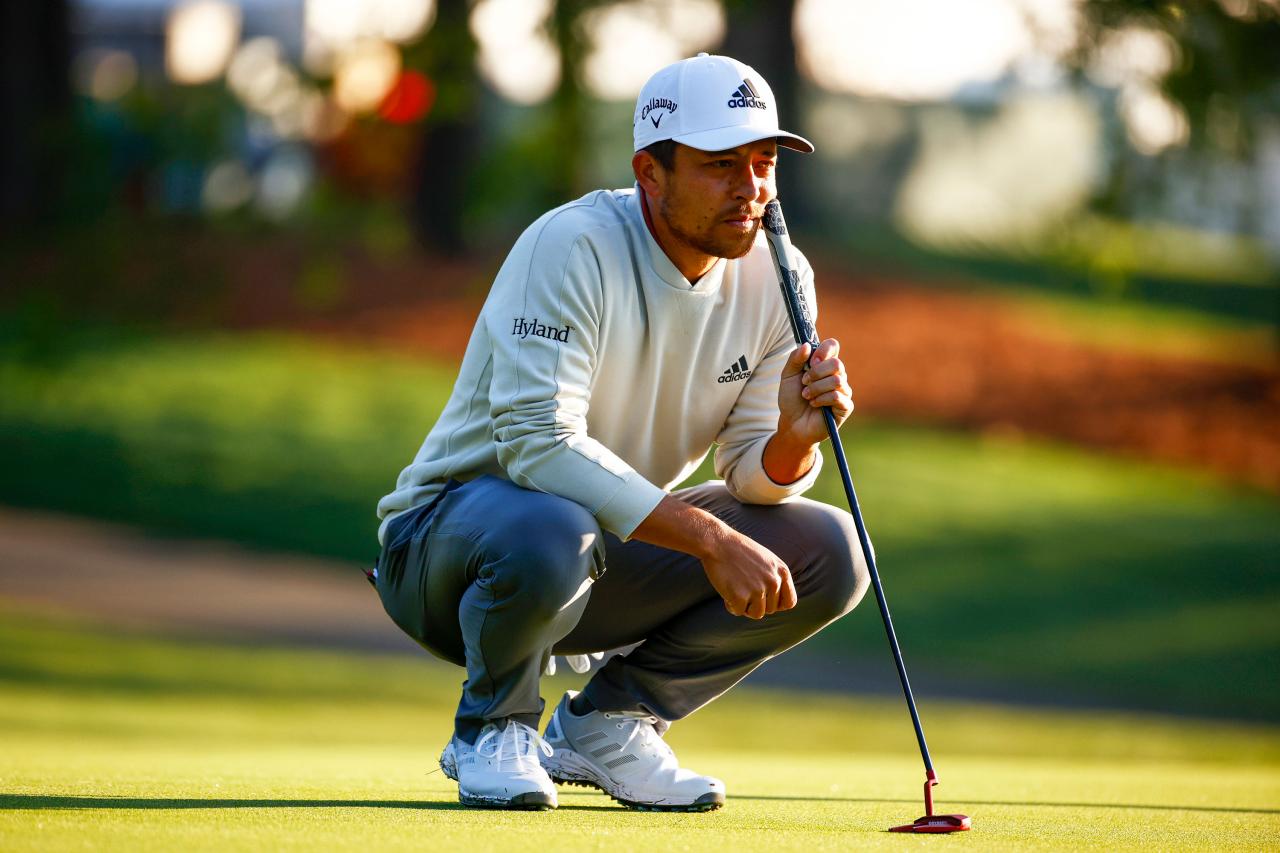 By Tod Leonard
Stefan Schauffele is searching for the right word. He speaks four languages, so his ever-fertile mind must flash through pages of a variety of dictionaries. He’s trying to describe what finishing second nine times in the last two years has meant to his son, Xander, the sixth-ranked golfer in the world.

Scar tissue? No, that would suggest wounds that Stefan Schauffele doesn’t think exist. Then he’s got it: callouses. Yes, that’s perfect, especially in a family whose German heritage is in construction work. The surname translates into “small shovel,” because if you are a Schauffele, you probably labored with your hands, and if you didn’t have callouses, you weren’t working hard enough.

“On our side, we look at it as paying your dues, if you will,” the father said this week of his son’s many close calls. “There’s no shame in 10 [career] seconds and four firsts. If you take a look at a long career, there’s a lot of seconds. Jack Nicklaus had a lot of seconds [19 runners-up in majors]. So did Tiger Woods [seven in majors].”

Next week, the U.S. Open returns to Torrey Pines, just a couple of miles from where Xander Schauffele was born and 15 miles west of where he grew up. As a 15-year-old, he shimmied up against a tree on the Sunday of the 2008 U.S. Open, trying to get the slightest glimpse of Tiger before he made his famous birdie putt.

“When it went in, the sound was deafening,” Schauffele recalled. “It got so loud, so quickly. I was quiet, but everyone else was going crazy. I was sitting there in shock. What just happened?”

Woods is out for the tournament, recovering from the leg injuries he suffered in a car accident, while Schauffele will no doubt be one of the favourites, the 27-year-old coming in with a couple of parallel storylines.

He will be lauded as the hometown boy who played nine-hole high school matches at Torrey Pines and went on to compete for San Diego State. His early struggles as a pro at Torrey should be noted, but so too will the seeming breakthrough he experienced in tying for second there this past January in the Farmers Insurance Open.

The other wrinkle for Schauffele is just as obvious. Not only is he trying to snap a streak of near-wins, he’s building a résumé in majors that is both highly impressive and already sprinkled with the kind of disappointment that his frequent at-home playing partner went through. Fellow San Diego native Phil Mickelson had three seconds and five thirds in 42 majors before he won the 2004 Masters at age 33. 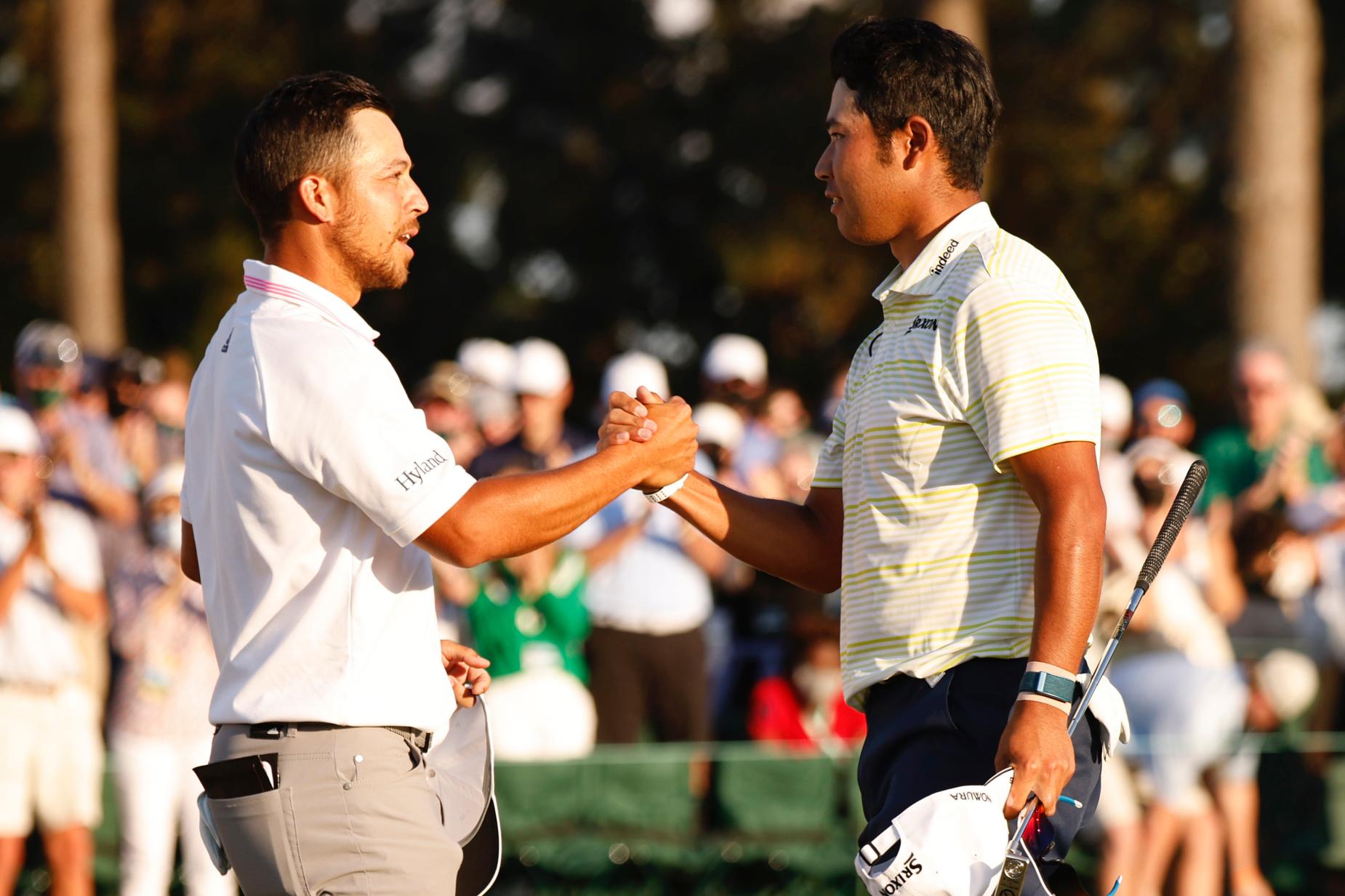 In only 16 career majors for Schauffele, he can boast of having top-10 finishes in half of them. Six are top fives, and in a rare display of versatility on all courses and conditions, Schauffele already has a top-10 result in each of the Big Four. In four U.S. Opens, he hasn’t finished worse than sixth.

Two months ago, Schauffele contended deep into the back nine on Sunday at the Masters, only to pull his tee shot into the water at the 16th, make triple bogey and finish T-3, four strokes back of Hideki Matsuyama.

“Xander has said that last round at the Masters was the most fun he’s ever had playing golf,” said Stefan, who is the only full-swing coach Xander has ever had. “He was two shots behind Hideki [at 16] and he had to hit first off of that tee there. He did the right thing. He went for the jugular. People said this is going to hurt for a long time. Quite the opposite is true. It’s one of those moments that will give him the potential to separate from the field the next time.”

Xander knows that the questions about his closing ability will be there until he erases them himself. 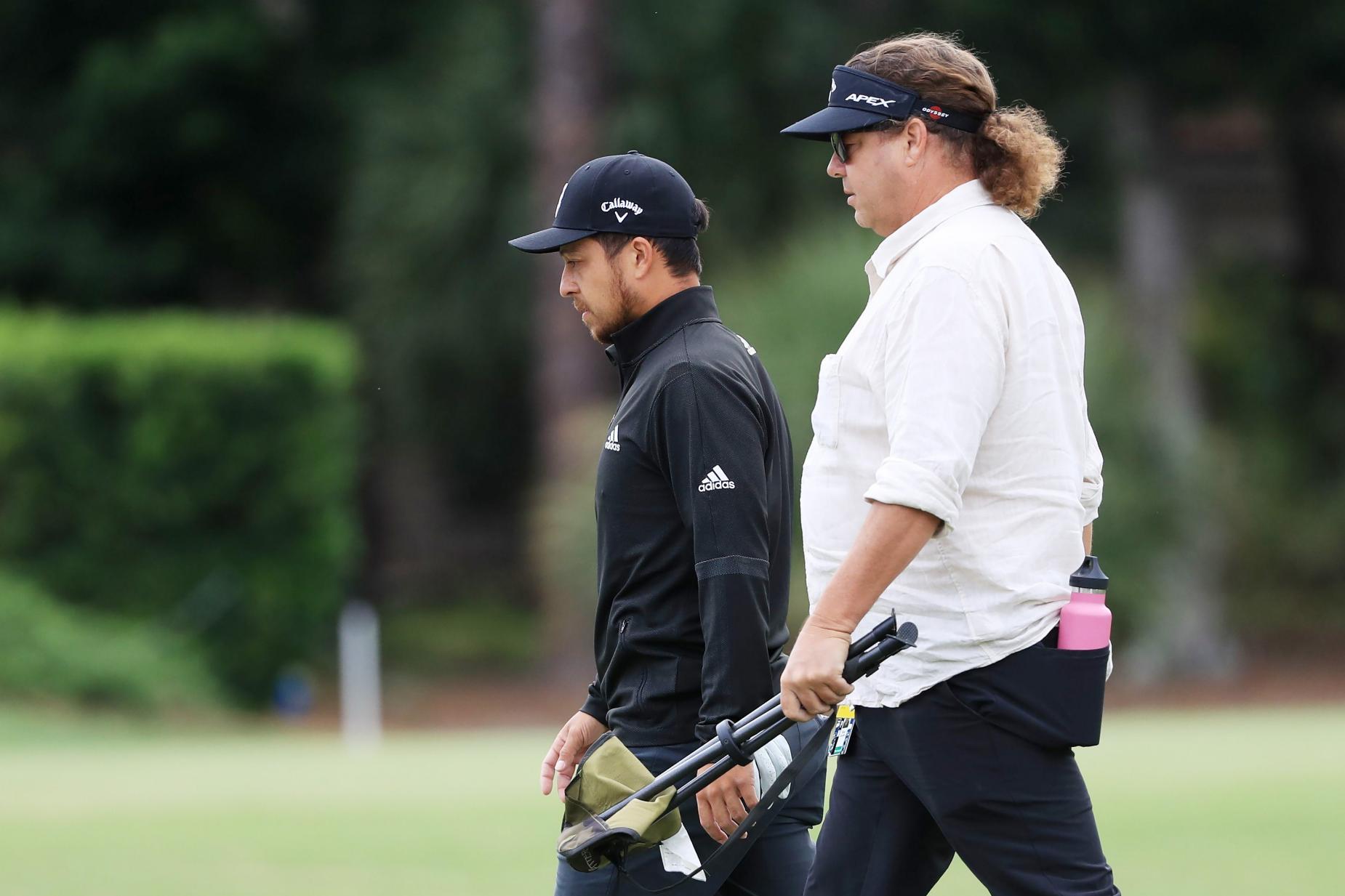 SL
Xander Schauffele and his dad and coach Stefan are working to “reprogram” his mental approach after Stefan taught him early to play as an underdog.

Schauffele’s team is working on what they call his “programming.” They will all admit that when Xander was younger, Stefan instilled in him an underdog mentality. The father remembers meeting the UCLA golf coaches when Xander was 16 and they lamented that they’d never heard of him. They suggested putting him in Southern California Toyota Cup tour events, and then Stefan twisted the screws on his son: Xander had to perform if he wanted a college scholarship. The result: three consecutive second-place finishes that put him on the recruiting radar.

That approach worked, even as Schauffele began to excel, with his first truly big victory coming in the match-play final against Beau Hossler in the 2014 California State Amateur. And it hasn’t changed much until now during Schauffele’s time on tour, despite two wins in his rookie season, including the Tour Championship, and his last win, at the 2019 Sentry Tournament of Champions, when Schauffele charged with a 62 in the final round.

None of his victories have come from leading the pack early—and only one has come from being in the final group on Sunday—because it seems as if Schauffele has always had a chaser’s mentality that hasn’t served him well when he reaches the top of the board.

“You need to have a certain arrogance, a certain confidence level,” Stefan Schauffele said, “that you only get from frequently winning as a junior or having your parents blow smoke up your butt. Xander doesn’t have that. For him, that will only come from the consistency of being there.”