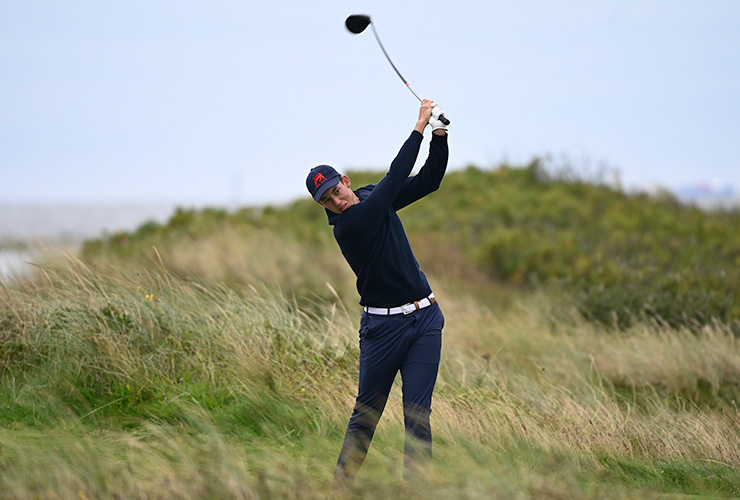 By Kent Gray
Chalk it up as a tough but invaluable learning experience even if you know Josh Hill would have taken it a little more personally than that in the moment.

The 17-year-old Trump Dubai member’s Jacques Léglise Trophy debut ended in galling fashion on Saturday, a 1down loss to Frenchman Oihan Guillamoundeguy proving the title-clinching point for Team Europe in the annual U-18 international matches.

Europe eventually waltzed away to a 16½-8½ victory at Falsterbo Golf Club in Sweden, an emphatic defence of the title after leading by a single point after the first day. While you win as a team and lose as one as well, the ever-competitive Hill won’t be happy to have played in the match which proved a point of no return for Great Britain & Ireland. That instinct is what makes Hill one of the players of his generation.

There was minor consolation earlier on Saturday when the MENA Tour winner combined with England teammate Jack Bigham for a half against Tiger Christensen and Yannick Malik. That followed a 2&1 loss to the same European duo in Friday morning’s foursomes.

But with Englishman Harley Smith and Scot Cameron Adam the only GB&I players to win their final afternoon singles matches (Irishman Joshua Hill secured a half), it was Europe’s day.

The win followed Europe’s 15½-9½ victory at Aldeburgh Golf Club in 2019 (the 2020 matches was postponed due to COVID-19) and narrows the overall Jacques Léglise Trophy ledger 29-14 in GB&I favour with one match halved.

Hill now returns to the UK to prepare for his senior international debut, having been selected in an 11-man team for England’s defence of the open Home Internationals title at Hankley Common Golf Club in Surrey from September 15-17.