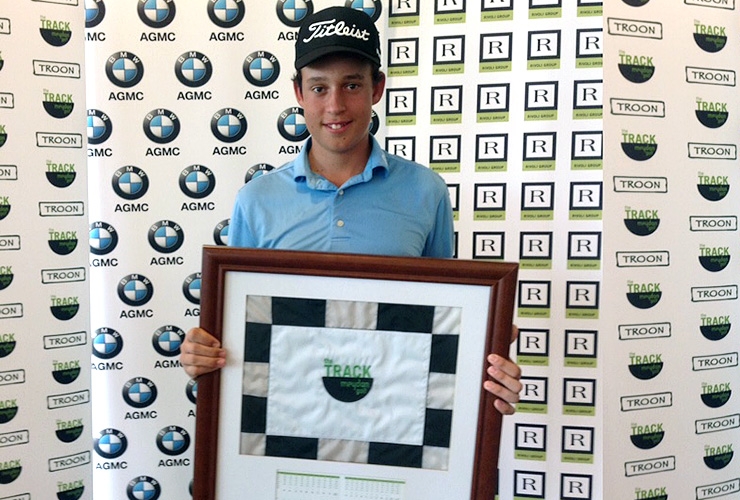 By Kent Gray
Another tournament, another course record and another title for teen phenom Josh Hill.

This time the 14-year-old Jumeirah Goilf Estates +3 handicapper has waltzed to a four-stroke victory over Emirates Golf Club’s Mike Mezel in the 36-hole AGMC Men’s Open at The Track, Meydan Golf. His rounds of 68-68 for a 136, -8 aggregate saw Hill swipe the Track course record from Michael Harradine who carded a 69 in the same event last year.

It was the English teen’s sixth Emirates Golf Federation Order of Merit (OOM) event win in his last eight starts and the second time this season he’s established a course record after his heroics at the Trump International Men’s Open in late February. 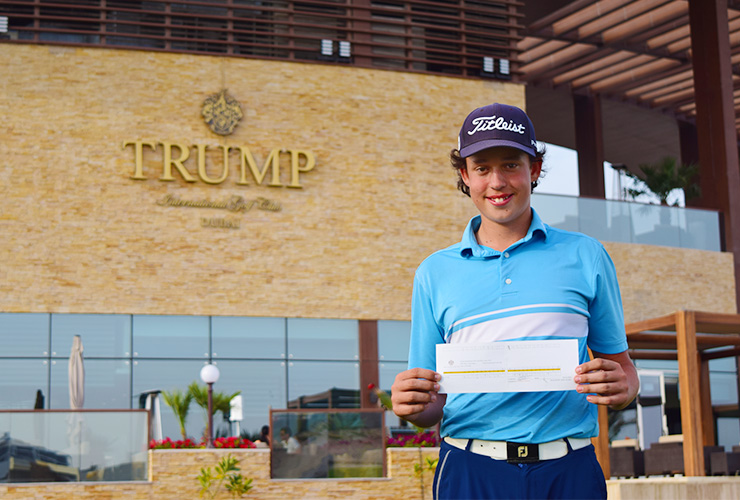 Hill will enjoy home course advantage when JGE hosts the EGF OOM Championship on May 4-5 but has one more qualifying event to extend his superb run before then at the Yas Links Men’s Open on April 20-21. He’ll then lead the EGF amateurs in their defence of the Dubai Golf Trophy against the best UAE PGA teaching professionals on May 12-13.

It’s an incredible run for a 14-year-old whose performances in this summer’s major U.K. amateur events will be watched closely. 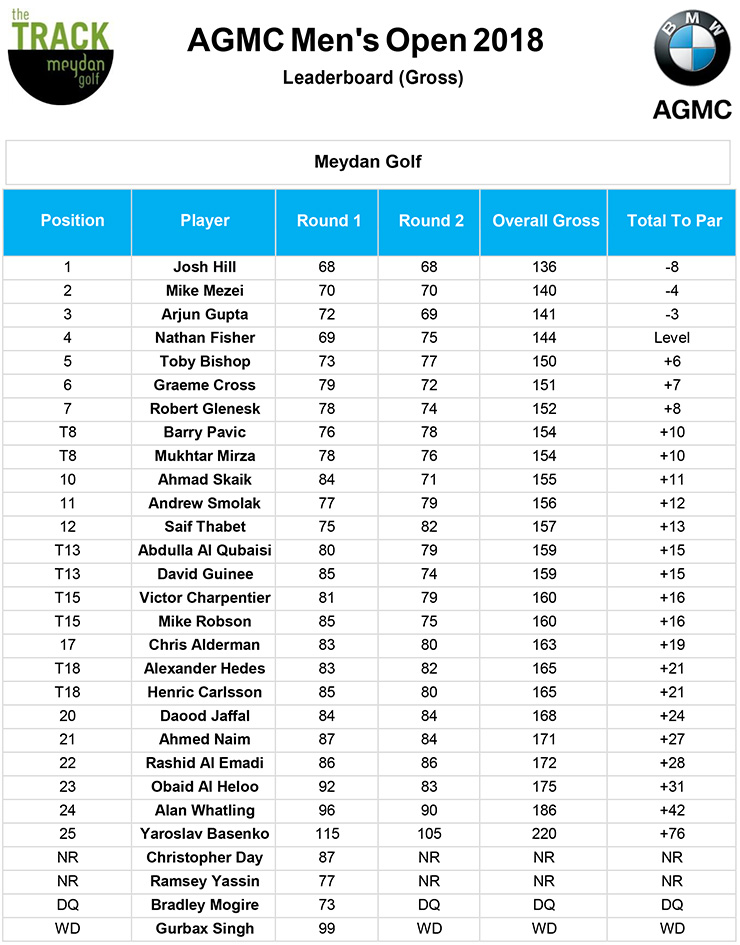 If Georgia Hall’s opening rounds had been just one or two shots better each day, maybe Minjee Lee wouldn’t have waltzed away with the OMEGA Dubai Moonlight Classic last week.