By Kent Gray
Sometimes in golf you just have to doff your cap to your opponent.

That was Josh Hill’s lot on the opening day of the Jacques Léglise Trophy in Sweden where the Trump Dubai member found himself beaten twice.

First out for Great Britain and Ireland in Friday’s foursomes, Hill and team-mate Jack Bigham were edged 2&1 by Europe’s Tiger Christensen and Yannick Malik before Malik repeated the scoreline in his singles stoush with Hill. 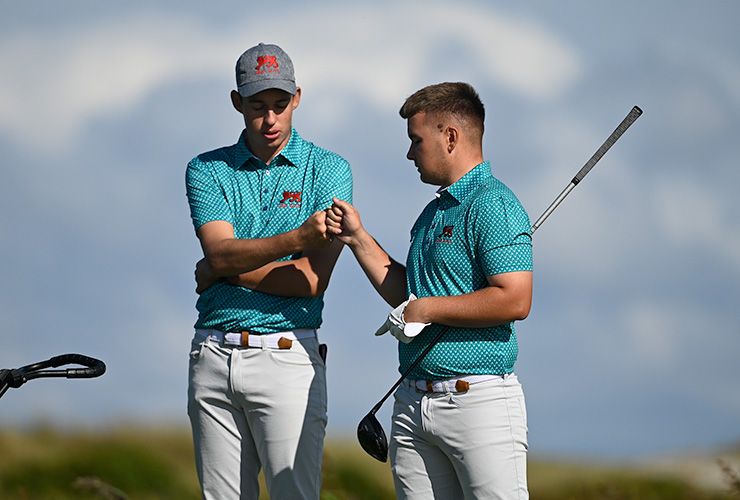 Josh Hill and Jack Bigham of Great Britain and Ireland react during the morning foursome matches at Falsterbo Golf Club on August 27, 2021.

Not that the 17-year-old MENA Tour winner could grumble at his afternoon reverse; Malik was an impressive five-under the card on picturesque Falsterbo Golf Club when their match ended.

The good news for GB&I is they are just a point behind, 6½-5½ heading into the final day of the annual U-18 matches . Better still Hill and Bigham will get a chance at foursomes revenue early on Saturday as they are again paired against Christensen and Malik in the second match out at 8.10am local time (10.10am UAE time). Nine singles matches will follow Saturday afternoon. 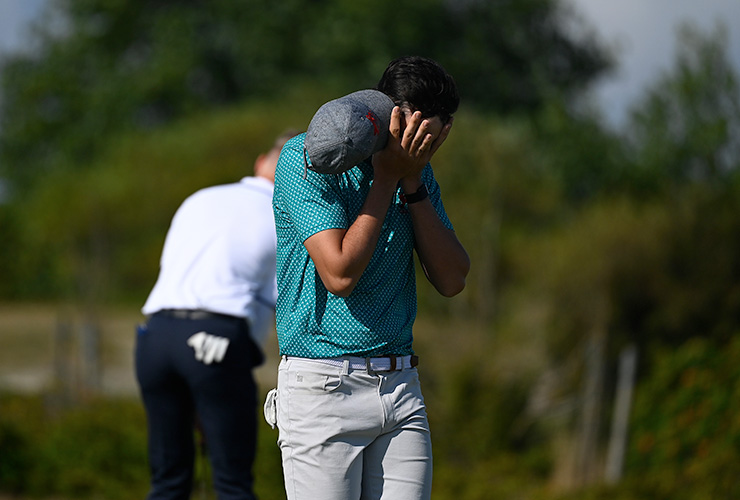 It was a frustrating day for Hill.

GB&I last won the Jacques Léglise Trophy in 2018 at Kytäjä Golf, Finland thanks to a 15½-9½ win and lead the overall series 29-13 with one match tied. The Continent of Europe has won seven times since 1995, including the last fixture in 2019 when they triumphed 5½ – 9½ at Aldeburgh Golf Club in England, but the GB&I boys seem confident as this fun video from the European Golf Association highlights:

And how about Falsterbo Golf Club. Wow: