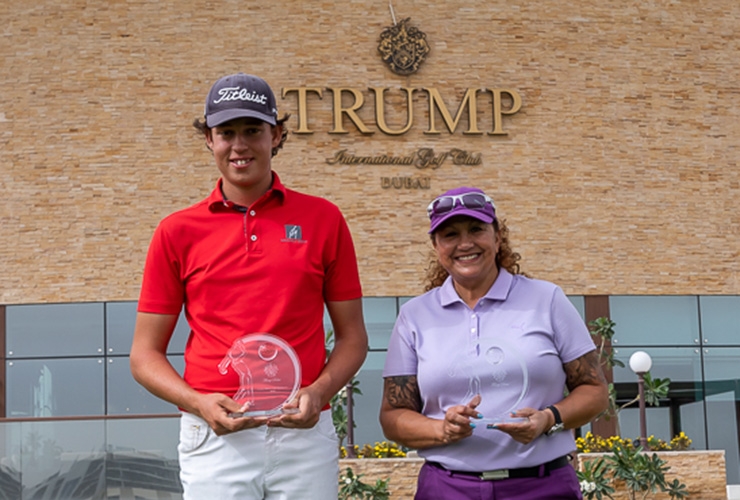 By Kent Gray
You get the feeling members will survey the honours board at Trump International Golf Club Dubai in years yonder and nod a knowing nod when they came across the name of the club’s second senior club champion.

What probably won’t be inscribed alongside Josh Hill’s name is the ease with which the 14-year-old won the 2019 title even if his mightily impressive six-under-par aggregate of 136 is noted. With rounds of 70 and 66, the stardom bound, Dubai-based England age-group international waltzed to a mammoth 14-stroke victory over runner-up Craig Vance.

Add the recent Al Ain Men’s Open title (below) to his overflowing trophy cabinet and it’s easy to see why there are big hopes for the reigning Emirates Golf Federation Order of Merit Champion as he heads into another European summer campaign.

Nice little win before going off for the summer! What a tough tough windy sand storm day and to come in 1 under for the day was a monumental day. It was hard that wind I don’t know how many club wind it was into but I know Josh went 370 with his 2 iron and was 30 yards short of the green on 678 yard par 5 with a driver and 6 iron wind behind!Thanks again to @aesgc.alain always provide such hospitality always nice to visit this venue.

Hill is also right in the mix in his thus far thoroughly impressive rookie MENA Tour season, second behind countryman Curtis Knipes heading into the second half of the 10 event season which resumes in September.

Back at Trump Dubai, meanwhile, and Denise O’Brien was just about as emphatic in victory in the Ladies Club Championship, rounds of 85 and 93 for a total of 178 giving her a seven-stroke victory over Maren Elliott.

In the Net Division, Thomas Dawson was victorious with scores of 67 and 77 to post a two-over total of 144. Claudine Kingston was the ladies winner with consistent scores of 76 and 75 for a 151 total. 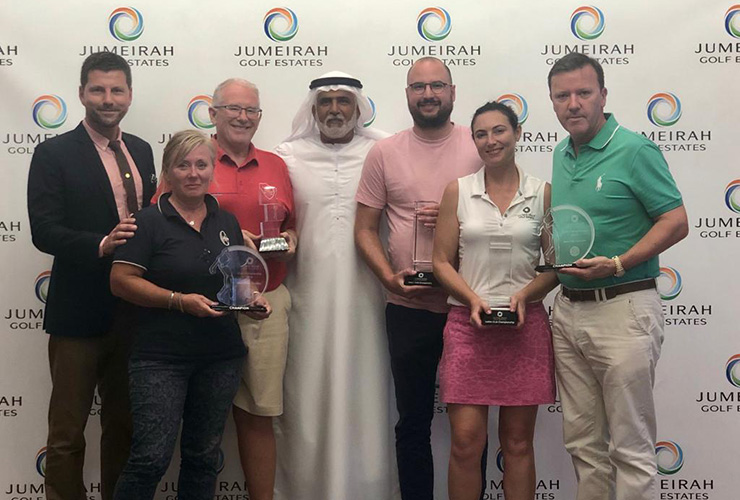 An opening 72 on the Fire course saw Foxcroft take a three-shot lead into day two from David Marshall with Paul Anderson with Danny Williams a further four shots back.

A 75 on Earth saw Foxcroft extend his lead to seven strokes over eventual runner-up Marshall while David Eustace took third, but only on a countback.

Martin Vertigen won the senior men’s title for the second year in succession while Rob Duce held on to win the Seniors Net Championship.

Have you won your club champs? Get your club to contact Golf Digest Middle East today and we’ll share it with our Middle East-wide readership.