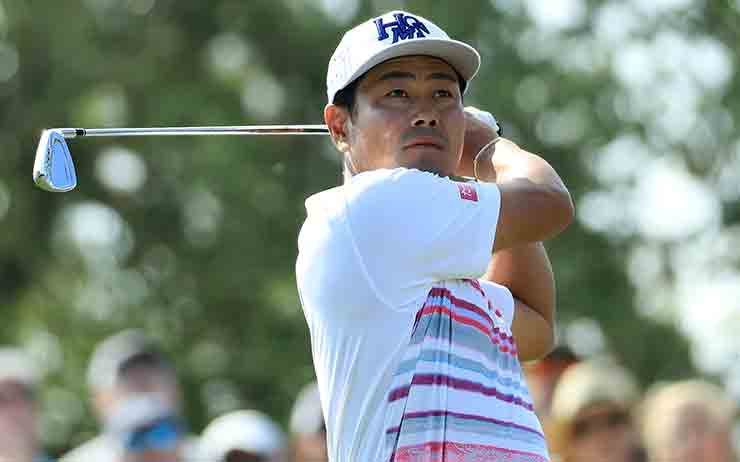 You’re excused if Hideto Tanihara wasn’t a familiar name to you before this week at the WGC-Match Play. But after defeating Jordan Spieth on day 1, and battling with Dustin Johnson in Sunday’s semifinals, Tanihara is definitely on the radar of golf fans around the world after this week.

And to cap it off, Tanihara gave us this highlight-reel shot on the seventh hole during his consolation match with Bill Haas.

The 38-year-old star from Japan is known for his skills with the putter — but they weren’t needed on this hole.

Not pictured is Tanihara giving gallery members a high-five on his way to the hole. We love it — he’s becoming a fan favorite in Austin. — Stephen Hennessey

Ed’s note: For the record, Tanihara was beaten 2&1 by Haas in the playoff for third.