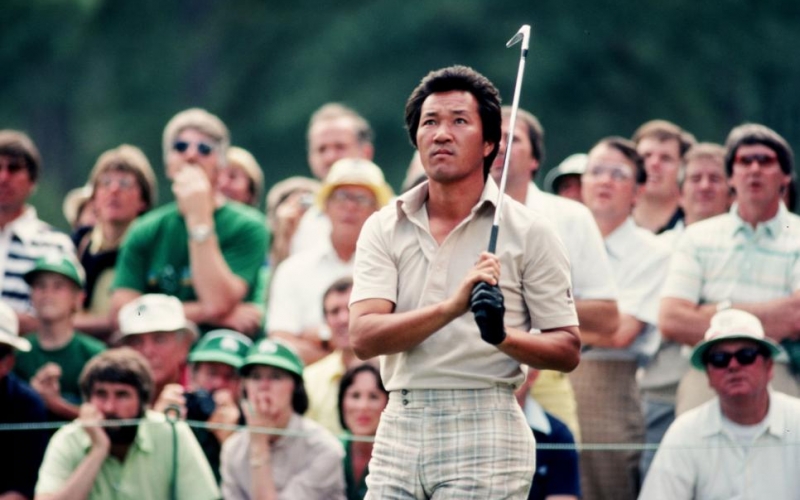 By Joel Beall
Eighteen holes separate Hideki Matsuyama from Masters greatness. His would be the rare win that transcends self, as his home nation of Japan desperately craves its first male major championship winner. Certainly, Matsuyama is a fitting candidate: 14 worldwide wins, seven career major top-10s, four Presidents Cup appearances and reaching as high as No. 2 in the World Ranking.

However, while Matsuyama can rid his country’s major monkey at Augusta National Sunday, he is far from the Land of the Rising Sun’s only star. Here are the best golfers of Japanese heritage.

Masashi “Jumbo” Ozaki
Known as Jumbo for his length off the tee, Ozaki led the Japan Golf Tour in winnings 12 times and is the circuit’s all-time victory leader with 94 (more than 40 more than his nearest competitor). He was ranked inside the Official World Golf Ranking top 10 for more than 200 weeks in his career, reaching as high as No. 5. Never won in America but did have three major top-10s, his best finish a T-6 at the 1989 U.S. Open. Inducted into the World Golf Hall of Fame in 2011.

Best known for the 1980 U.S. Open at Baltusrol, where he was tied with Jack Nicklaus for the lead after 54 holes, ultimately finishing second to the Golden Bear by two strokes. Became the first Japanese player to win on the PGA Tour by capturing the 1983 Hawaiian Open (now known as the Sony Open). Had five top-10s in majors in his career and 17 senior major top-10s. Is second to Jumbo Ozaki on the all-time JGT victories list with 51 titles.

Tommy Nakajima
Won 48 tournaments on the JGT and was the leading money winner four times. Nakajima logged six career top-10s in majors, highlighted by third-place finish at the 1988 PGA. Unfortunately, he’s often remembered for two blow-up holes: Making a 13 at Augusta National’s 13th hole during the 1978 Masters and putting into—and taking four shots to escape from—the Road Hole bunker while in contention at the 1978 Open Championship. 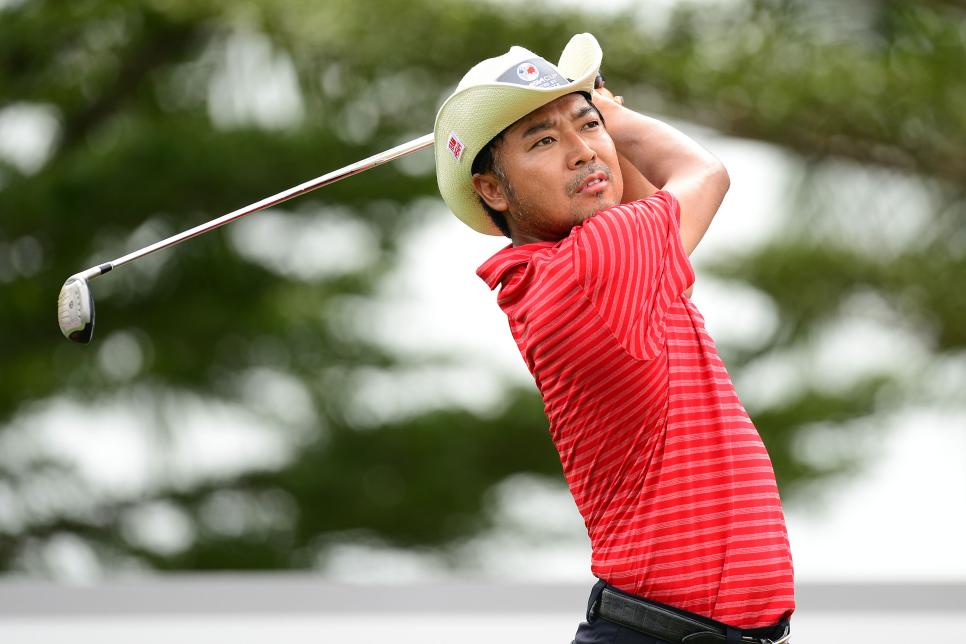 Shingo Katayama (pictured above)
Shared the lead at the 2001 PGA Championship after 36 holes, ultimately finishing T-4. Also came in fourth at the 2009 Masters thanks to a final-round 68, the best Augusta finish by a Japanese player. Led the JGT in earnings five times and racked up 31 wins. Because of his distinctive hats he was known as “Cowboy Shingo.”

Joe Ozaki
Younger brother of Jumbo, Joe was very much his own man with 32 JGT wins and another six global victories. Made more than 185 starts on the PGA Tour, his best finish a T-2 at the 1997 Buick Open and had three top-10s at the Players Championship. Member of the 1998 International Presidents Cup team, the only team to beat the Americans in the history of the event (Joe went 2-1 on the week). 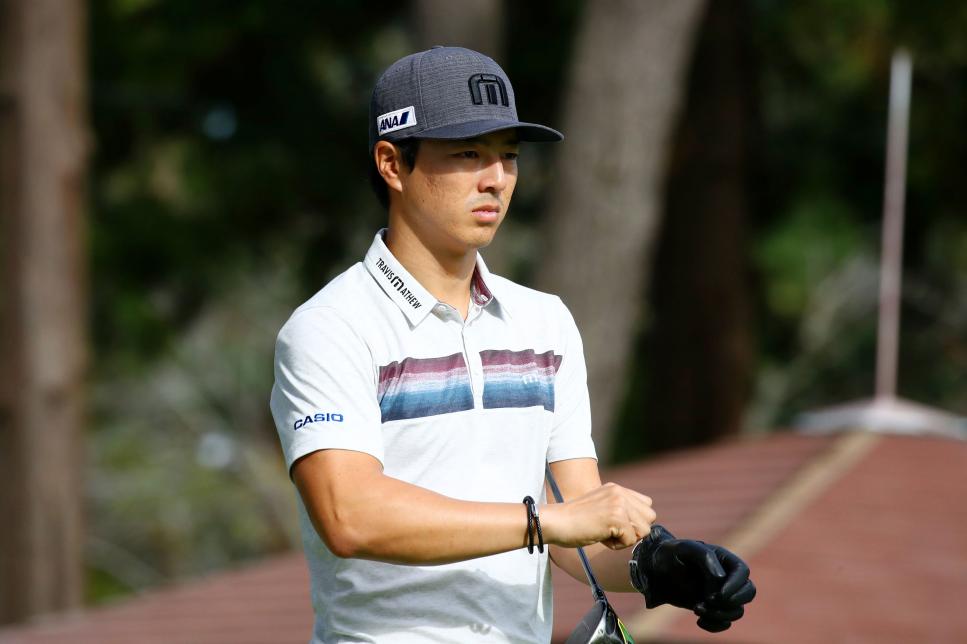 Ryo Ishikawa (pictured above)
Won on the JGT as a 15-year-old and was T-2 after 36 holes at the 2010 U.S. Open as a 19-year-old. Along with Rory McIlroy was once dubbed the “Arnie and Jack” of the post-Tiger generation. Although he never lived up to that hype, he has won 18 worldwide titles.

Shigeki Maruyama
Has three career top-10s at majors, his best finish a T-4 at the 2004 U.S. Open. Played on the 1998 and 2000 International Presidents Cup squads, and had a 5-0 record during the Internationals’ upset win in 1998. Maruyama won three times on the PGA Tour and has 12 other worldwide wins, but is best known for shooting a 58 during U.S. Open qualifying in 2000.

Masahiro Kuramoto
Finished T-4 at the 1982 Open Championship. Is sixth on the JGT’s all-time wins list with 30, and also won Japan’s Amateur Championship three times. Was the medalist at the PGA Tour’s 1992 Q School. 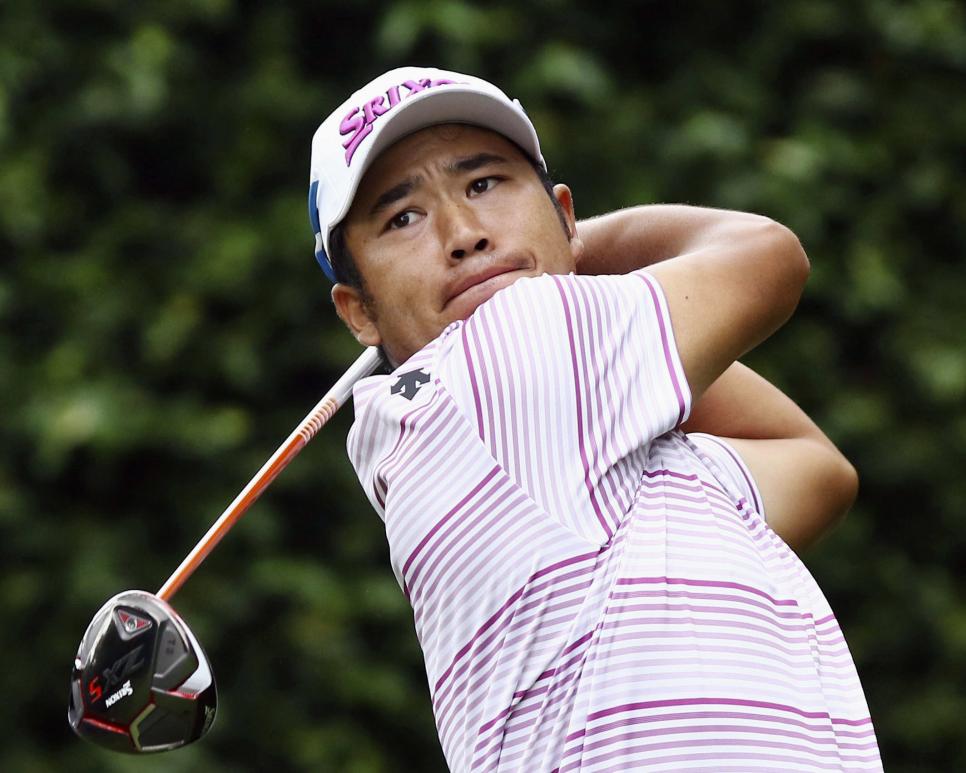 If Hideki Matsuyama wins the Masters on Sunday, he won’t be a stranger to Augusta National Golf Club’s Butler Cabin.