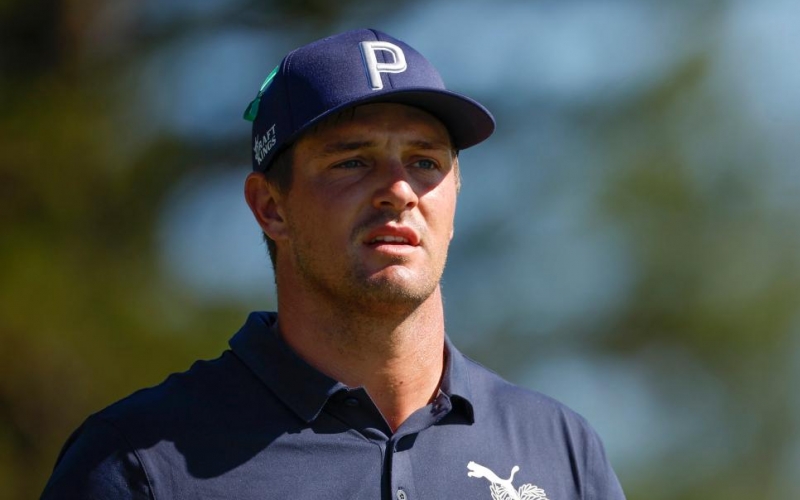 By Dan Rapaport
A host of golf’s top players have signed on to participate in Netflix’s upcoming golf show, which will provide a behind-the-scenes look into the 2022 PGA Tour season and each of the four major championships. There are, however, a few conspicuous absences: World No. 1 Jon Rahm, Rory McIlroy, Tiger Woods, Phil Mickelson and Bryson DeChambeau were not among the list of 22 players made public on Wednesday.

During a media conference to promote the Saudi International, the controversial Asian Tour event set for next month, DeChambeau was asked why he declined an offer to feature in the show.

“There’s a lot of factors going on in that,” DeChambeau said. “One, there wasn’t a deal that was struck that was very well for my side of it. I love Netflix. I watch it. I have a great time with it. But just for me, it wasn’t right at the present moment.”

Multiple sources have told Golf Digest that players will not be compensated for their appearances in the show, instead viewing the added exposure as beneficial for their brands.

DeChambeau seems to have opted for a more direct-to-consumer style of fan engagement. The 28-year-old has been posting frequent videos to his YouTube channel, which has 232,000 subscribers. He has had his own video crew travel with him often this year and has posted video recaps of his experience at the Pro Long Drive Association championship, instructional videos on the swing and documented himself testing negative for performance-enhancing drugs.

“They’re getting a pretty dang good look inside my life [from YouTube],” he said. “And to have more people come in and go even further, which is almost impossible for what I’m giving out, is just too invasive for me. I didn’t really want any more than that, because I do have a life outside of it.”

Collin Morikawa, Jordan Spieth, Justin Thomas, Brooks Koepka, Viktor Hovland and Tony Finau are among the players set to feature in the unnamed show. There are also lower-ranked players with big personalities on board, including Joel Dahmen, Harry Higgs and Max Homa. Introductory interviews took place at December’s Hero World Challenge, with filming expected to ramp up at the Farmers Insurance Open and end with the Tour Championship. The show is not expected to air until late 2022 or early 2023.

“There’s a lot of great people on there,” DeChambeau said. “If I was to go on there, yeah, it would be cool to see, but I feel like there’s a lot more interesting stories. You’ve got Harry Higgs. You’ve got numerous others. I don’t want to take the light away from them for their potential to grow themselves in a manner that’s unique to them, where they’re already pretty far behind. They have the opportunity to grow a lot more than I do in that regard.”