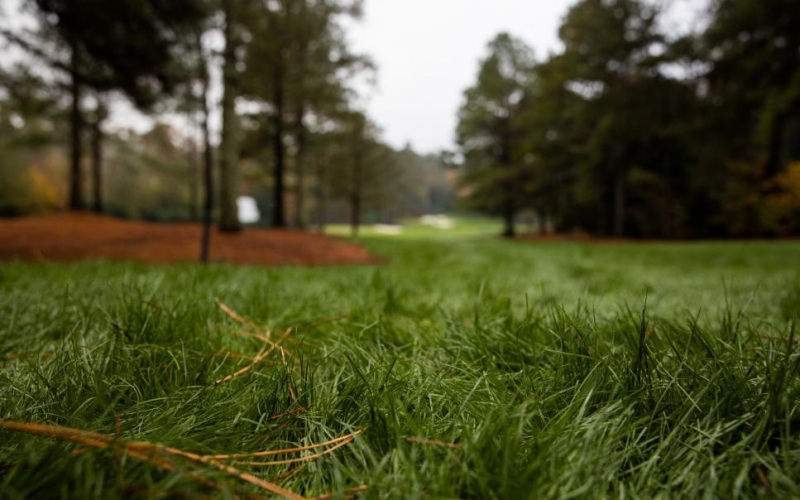 By Joel Beall
AUGUSTA, Ga. — The Masters needs a haircut.

Give Augusta National credit. For its perceived resistance to modern ways, in certain avenues it’s contemporary. Nothing mirrors these present times, peculiar as they are, as an overdue trip to the barber. And we’re not discussing the coiffures of those in the Masters field (although the mop on Rory McIlroy is worth a separate discussion). It’s Augusta National itself. The course is sporting a look that is downright, and there is no other way to say it, rough.

Remember, “rough” is not in the Augusta National parlance. Round here, it’s referred to as the “second cut.” Historically, finding the second cut is not a penalty as it is at U.S. Opens or PGA Championships. Nuisance isn’t quite right, either. It hinders aggressiveness and removes any room for error but a proper approach remains doable.

According to the club’s bulletin, that should be the case this Masters as, officially, with the second cut mowed at 1⅜ inches. But there are bulletins and there are observations, and the latter has revealed a different measurement.

One doesn’t need a ruler to see that 1⅜ inches has doubled on parts of the course, sporting a fuzz usually reserved for other majors. No, it’s not Winged Foot or Oakmont, and it’s not necessarily thick; more like unruly and fluffy, like a bird’s nest. Still, there are a handful of spots where the second cut could have major implications.

In our strolls around the course Monday, Tuesday and Wednesday, these spots include:

— No. 7. Players usually need a good amount of spin into this relatively short par 4. At its current length, that would require a Herculean effort from the second cut that could produce some flyers.

— No. 11. The right side is a popular bailout for those who hit driver at the tight, long par 4. With a mostly clear line to the green in an area usually trampled down by patrons, it’s arguably postion 1B off the tee. This area might be the shaggiest on the course at the moment, which may force players to keep the driver in the bag. 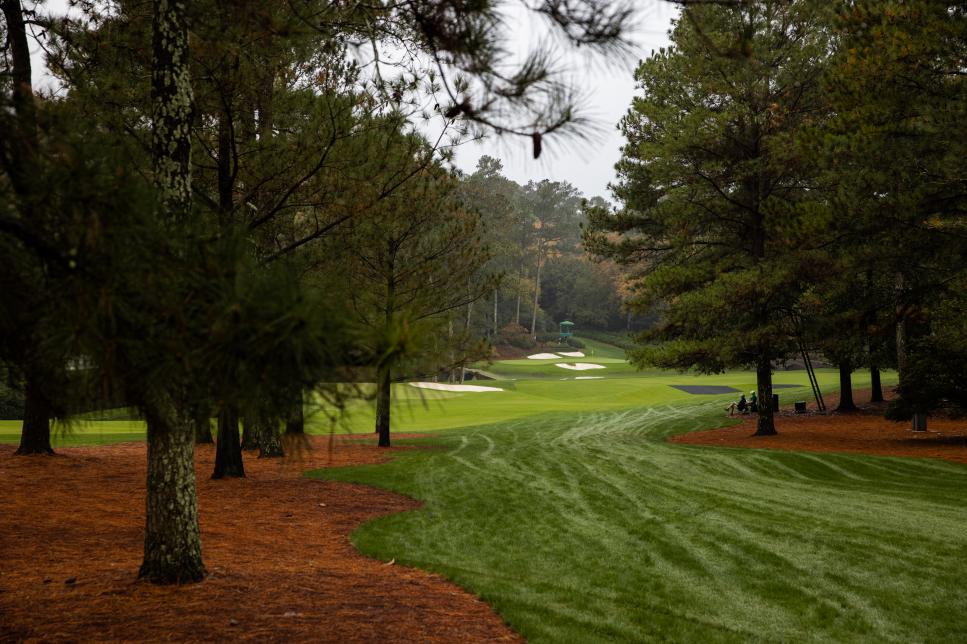 Ben Walton
An approach shot from the right side at No. 11 would be very different if the second cut stays this high.

— No. 15. Hitting in the second cut has never stopped players from going for the green in two on the par 5. This year that feat will require a bit more gusto and a fortunate lie.

— No. 17. Similar to No. 7, don’t be surprised to see a heater or two coming out of the second cut on the par 4 that is already one of the tougher driving holes on the course.

The conditons are likely a byproduct of the season agronomy challenges and the weather rather than a response to golf’s growing distance question. And this is not the first time Augusta National has been accused of growing the second cut long, with the aforementioned McIlroy asserting it was half an inch longer just last season. “It’s just hard to get control of your ball out of it,” McIlroy said at the time, following a third-round 71.

Moreover, these warnings come with caveats. The greens have been more receptive at this November Masters compared to spring, and though Augusta National’s drainage system is second to none—the hum of the SubAir systems at work echoed through the pines Wednesday morning—a fair amount of rain in the forecast should minimise ricocheted approach shots. The second cut is not universally heightened; on most holes, it stands at its stated length. Besides, the fairways maintain their runway dimensions; it is still a bomber’s playground. Phil Mickelson went so far to say it might be helpful.

“I actually think that the lack of people will keep that first cut a little bit higher and prevent some of the balls running through into the trees that might have gone in in years past,” Mickelson said Tuesday.

Of course, there is the likelihood the club decides to mow the second cut before Round 1. (The club says “all mowings are subject to weather and growth.”) With the aforementioned forecast, how they would do so is a bit of a mystery. Then again, mystique is what makes the Masters run. The second cut has not been part of that narrative. But hey, this is a Masters unlike any other.