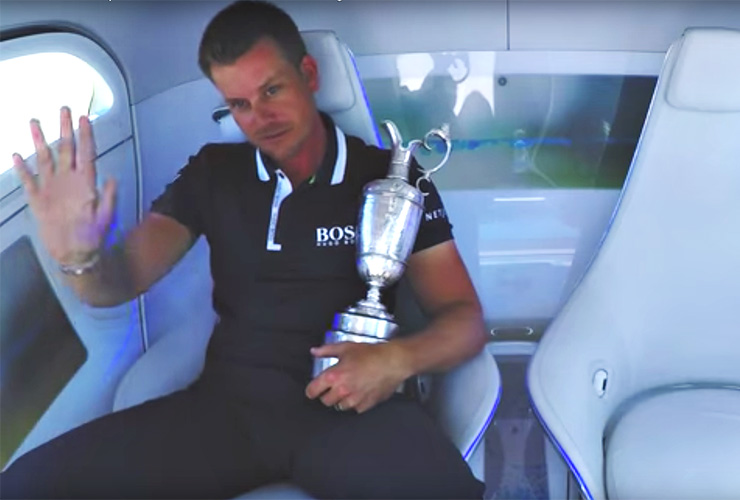 Henrik Stenson is a man that appreciates a good entrance. At last year’s Masters, he rolled down Magnolia Lane to the celestial tunes of Vanilla Ice, and showed off the claret jug from his historic Open Championship victory at Troon by taking the silverware on a jet-ski. His latest arrival might be his best.

As is tradition, the defending champion has to return the claret jug to the R&A at the beginning of Open week. The 41-year-old added a little twist by showing up in a metallic, autonomous Mercedes-Benz F 015 that appears to be from the future:

Of course, if Stenson repeats, he told reporters he already had plans for the trophy.

“If I defend my title and win again, I’ll take the claret jug sky-diving,” Stenson said.

Now that, my friends, would be an entrance.