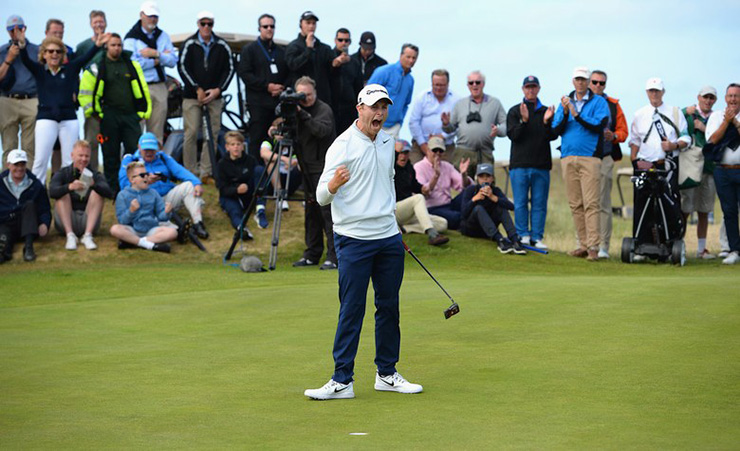 For the second year in succession, a native of the English county of Hampshire is the champion. Never more than 1 up over the course of the 38 holes at Royal St. George’s it took him to defeat Australian Dylan Perry—and 4 down with five holes to play in regulation, Harry Ellis claimed the famous trophy and the coveted spot in next month’s Open Championship at Royal Birkdale.

The 21-year-old, who was the youngest-ever English Amateur champion at 16 in 2012, edged out the previous record-holder (one Nick Faldo) and will also tee-up in next year’s Masters and U.S. Open, as long as he remains an amateur. In addition, he is certain to be part of the Great Britain & Ireland Walker Cup side that will take on the Americans at the Los Angeles Country Club in September.

All good. Ultimately, however, the eventual destination of the title was more the result of a Perry collapse than an Ellis revival. In the seven holes between the 32nd tee and the 38th green, the new champion made nothing more than pars as his 22-year-old opponent recorded a calamitous series of bogeys and, on what proved to be the clinching hole, a double-bogey 6.

It was, as so often is in match play, an agonizing and inexorable decline for the eventual runner-up, who earlier this year won the Riversdale Cup, one of the most prestigious amateur events in his homeland. Bunkered in two at the long 14th, famous for Dustin Johnson’s wild out-of-bounds approach during the final round of the 2011 Open Championship, Perry was unable to match Ellis’ par. One hole later, the Englishman got up-and-down for par to keep the match alive, a feat he repeated at the short 16th, where Perry missed from about seven feet for the title. Two more dropped shots from the Australian took the match into extra time. And two holes later it was over, Perry having missed the green, then compounding his error by duffing the first of the two chips he needed to board the putting surface. 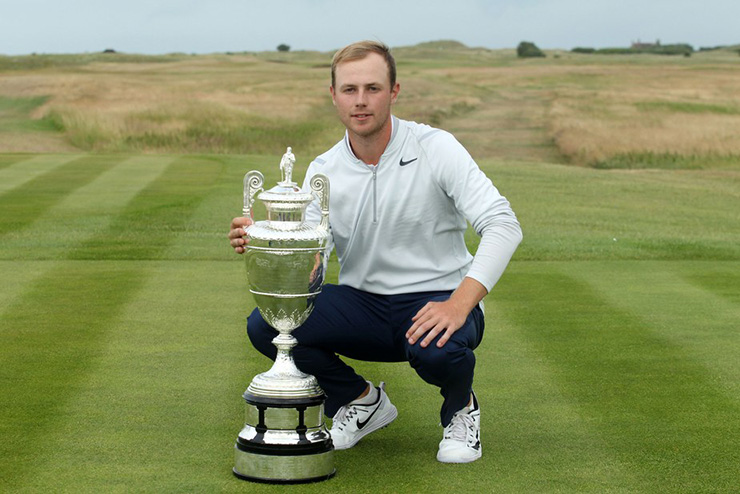 With his British Amateur win, Harry Ellis is eligible to play in next month’s Open Championship at Royal Birkdale, and next year’s Masters and U.S. Open. (Photo by Harry Hubbard)

“I never gave up,” said Ellis, a soon-to-be senior at Florida State and a member of the losing European team in the recent Palmer Cup. “I never thought I was out of it. I knew how hard it would be for Dylan. He was the better player over the course of that match because he made fewer mistakes than I did. He was deservedly in front and it’s tough on him what happened over the last few holes. I felt so calm coming down the stretch, and it was only fitting to finish it off after the comeback.”

As for Perry, who was bidding to become only the third Australian after Doug Bachli and Bryden Macpherson to win the oldest amateur championship in the game, he handled what had to have been a tough defeat with a grace beyond his tender years.

“I’m pretty bummed, but at the end of the day you’ve got to take the positives out of the week,” Perry said. “I played well all day, and down the stretch that’s what pressure does to some people. It just wasn’t meant to be, but congratulations to Harry. He played well down the stretch so good on him.”