UPDATED: Harradine left with much Q-School work to do 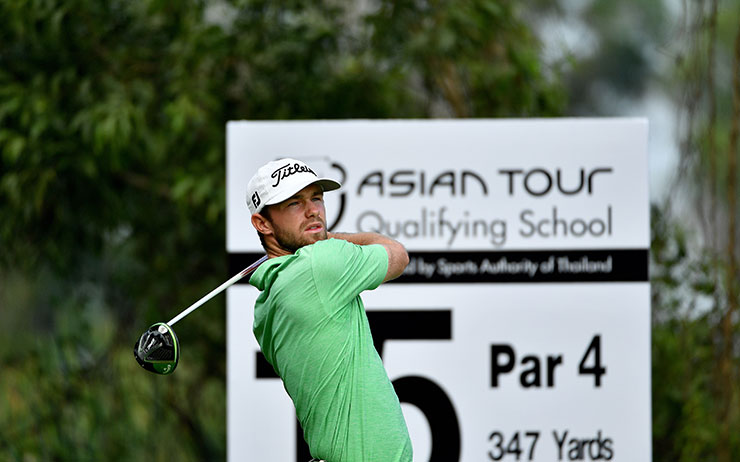 A stumbling start means Michael Harradine must go low Thursday to make the cut at the final stage of Asian Tour Qualifying School in Thailand.

The Dubai-based Swiss amateur shot a one-over par 73 in the opening round of the 72-hole finale at Suvarnabhumi Golf & Country Club for a share of 178th place among the 222 starters.

American William Cannon (pictured above) and Australian Todd Sinnot shared the overnight lead after impressive eight under 64s. Eight players shot 65s while Australian left-hander Richard Green, whose three European Tour wins include the 1997 Dubai Desert Classic, was among eight players at -6 in a share of 11th place.

Two-time MENA Tour winner Luke Joy battled his putter and finished with a bogey but still signed for an encouraging 70 to be T91 at -2, while fellow Englishman and reigning MENA Tour order-of-merit champion Craig Hinton carded an even par 72.

The top 35 and ties earn Asian Tour cards for 2017 but Harradine and co must first make the 36-hole cut, set at 80 players and ties. There were 90 players at -3 or better after the opening round Wednesday which means the 33-year-old Swiss needs a birdie fest Thursday to keep his pro dream alive.

Starting on the 10th, Harradine started his fifth attempt at Asian Tour qualifying with a bogey before dropping to three over with a double on 13. The Sharjah Golf & Shooting Club member fought back with birdies on the 1st and 6th and will draw positives from the first stage of qualifying on a different course at the same club where he finished -22.

“I’m obviously pretty disappointed,” said Harradine. “Basically from tee to green I hit it quite well. I only hit two bad drives which weren’t that much off line but both managed to get me into a lot of trouble.

“Unfortunately the putter was very, very cold today. A complete contrast to last week. I didn’t hole one putt outside 10 feet. Nothing wanted to go in.” 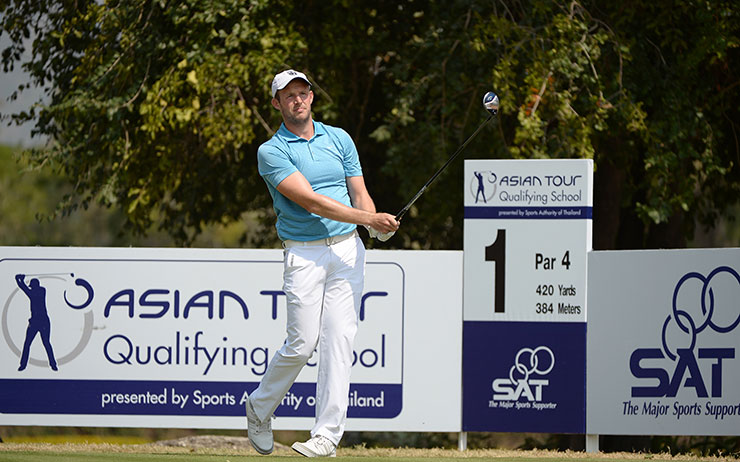 Joy, who has reached the final stage of qualifying for the third time, this year via a MENA Tour exemption, was frustrated with his flat stick early and a wet bogey late but still sleep soundly on his 70.

“I played really nicely today but didn’t hole my fair share of putts. Lots of lip outs on the front nine and then very solid on the back but unfortunately found the water with my second on the par 5 last,” Joy told Golf Digest Middle East.

“That led to a six unfortunately but the game is feeling good, it just feels like a little bit of first day back at the office. The course is wet and playing rather soft.”