Harradine: From amateur nightmare to pro dream in six weeks? 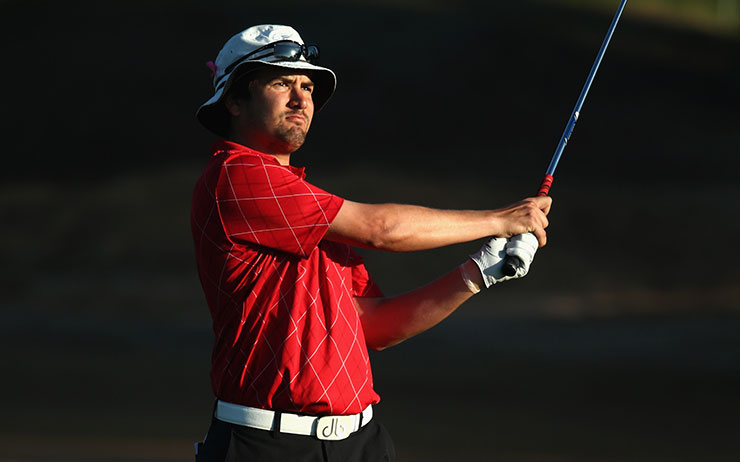 Given Michael Harradine was ready to quit his professional dream six weeks ago and is now on the cusp of an Asian Tour card, it’s little wonder the Dubai-based amateur is in no hurry to crystal ball gaze his golfing future.

The 33-year-old Swiss national team player has opened up to Golf Digest Middle East about his topsy-turvy form on the eve of the nerve-jangling final stage of the tour’s qualifying school in Thailand.

Harradine needs to finish inside the top 35 and ties at Suvarnabhumi Golf & Country Club come Saturday to earn his pro ticket at the fifth attempt.

He takes surprising form into the 72-hole finale having waltz through the first stage of qualifying last week, a -22 total seeing the Sharjah Golf & Shooting Club member advance in a share of first place in the section B qualifier at the same club.

“Up until a month and a half ago I was set to give it up [the dream of a pro career],” Harradine said.

“I have struggled with the game for the 18 months, only having a few good tournaments here and there. Up until the beginning of December I struggled to get anything going.

“So I’m trying not to build it up too much in my head but I would love an Asian Tour card. Just to get the chance to play on the Asian tour would mean a hell of a lot to me.“

So is this last chance saloon for your professional dream?

“I don’t know, at this moment in time it is difficult to say. I am not too sure what to do anymore. I will see how this week goes.”

Harradine has never made it to final qualifying before. The closest he came was when he was fourth after 36 holes of first qualifying only to succumb to a bout of food poisoning.

“I don’t want to use it as an excuse but I would rather have just played badly and not made it, rather than have had the ‘what if’ scenario.” 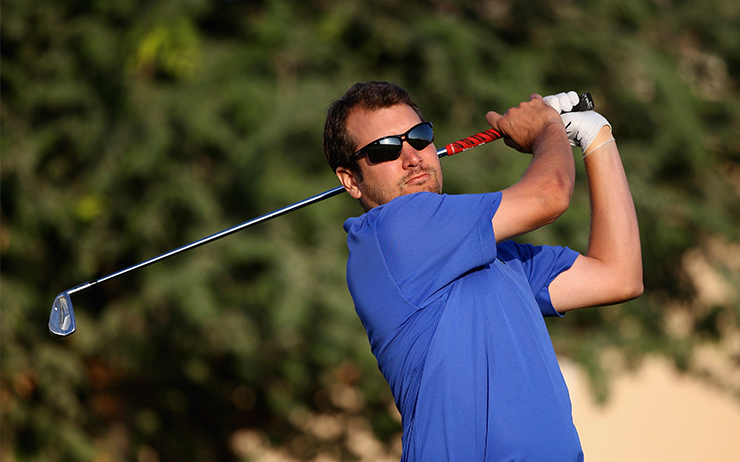 All but one round of the finale is being played on a second course at Suvarnabhumi Golf & Country Club so any advantage Harradine has from the first stage of qualifying, where he carded rounds of 66-64-69-67, is largely mitigated.

One of just two amateurs to progress – the other being Indian Arhun Prasad – Harradine admits the enormity of the occasion is ever present as he prepares to tee it up alongside 2016 MENA Tour champion Craig Hinton and countryman Luke Joy, also a regular on the developmental Middle East Pro-Am circuit.

“I am trying not to think about the situation too much,” he said.

“I am sure I will be nervous when I am out there, especially on the first few holes before I get into some sort of rhythm, but I will try and treat it as much as possible as any other round or rounds. That will be easier said than done but I will just try swinging through the shots and not hold back.

“This course is a little longer and a little wider than the course for the first stage so it will be a little more difficult for me as shorter and tighter courses tend to suit my game more. But if I can get it going off the tee I should have a chance as my irons and short game feel good at the moment.

“With golf you never know what might happen so if something does go wrong, I will try my best to deal with it and scramble as much as possible.“

Harradine, who works in the family golf course architecture business, Harradine Golf, has travelled to Thailand on his own but has struck up a pivotal relationship with a local caddy named Pi.

“She doesn’t speak any English but so far she’s been great on the greens,” he said.

“She seemed to struggle a little today during one of the practice rounds [on the new course] but I still trust her judgment. She has been caddying here for 20 years so she knows these greens way better than I do.”