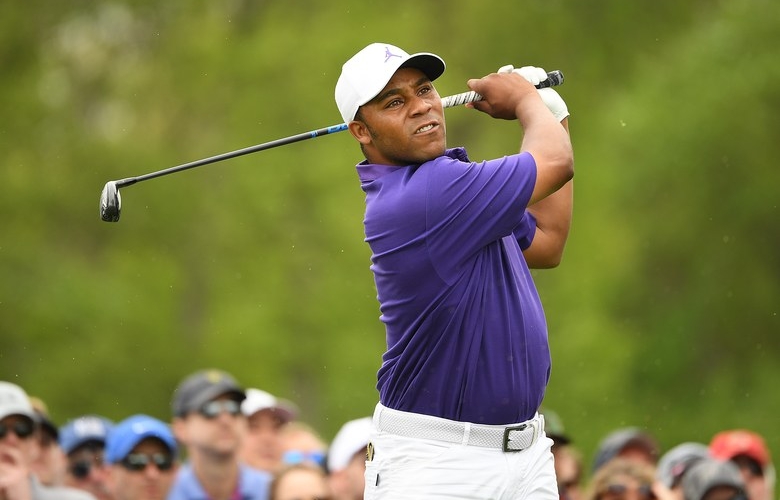 By Joel Beall
At their best, New York fans are passionate and rowdy. At their worst, they’re boorish and unoriginal. Through three days at the PGA Championship, they mostly leaned toward the former. On Sunday, they spilt over into the latter.

Specifically when it came to the treatment of Brooks Koepka. As Koepka’s victory march took a turn to madness on Sunday evening, the Long Island gallery flipped on the 29-year-old. There were screams of “CHOKE!” in his direction, along with a number of vulgarities involving his girlfriend. Perhaps worst was a series of Dustin Johnson chants while Koepka was on way to making bogey at the 14th.

Those derisions backfired, as Koepka credited the jeers to keeping him focused down the stretch.

“I tell you what, the hour spent from No. 11 to 14 was interesting,” Koepka said in his victory press conference. “When they started chanting, ‘DJ’ on 14, it actually kind of helped, to be honest with you. I think it helped me kind of refocus and hit a good one down 15.”

However, one player didn’t take those words as kindly as Koepka. That would be Harold Varner III, who was in the final pairing with Koepka on Sunday.

“It’s a pretty crazy day. I thought it was pretty weird how they were telling Brooks to choke,” Varner said. “That’s not my cup of tea. I was pulling for him after that. I have a few choice words for that.”

Varner was specifically aghast at the reaction at the 14th. “I thought that was just, you know, just cheering for him to do bad, I just don’t get that,” Varner said.

Koepka was not the lone victim. Fans chirped in the middle of Johnson’s backswing at the 17th hole, which may have correlated to his poor tee shot.

“There was a lot of yells out there,” Johnson said. “I just, you know—you’ve just got to go with it. I made a bad swing.”

Varner also heard his share of grief, the byproduct of a round gone south. Varner’s 11-over 81 dropped him from T-2 to T-36.

“Obviously I heard some stuff today, which was awesome. I would have said the same thing if I was seeing some kid just shooting like that,” Varner said. “But it’s okay. I’m all right with it.”

Bethpage Black will next host the 2021 Northern Trust, with the 2024 Ryder Cup on tap.