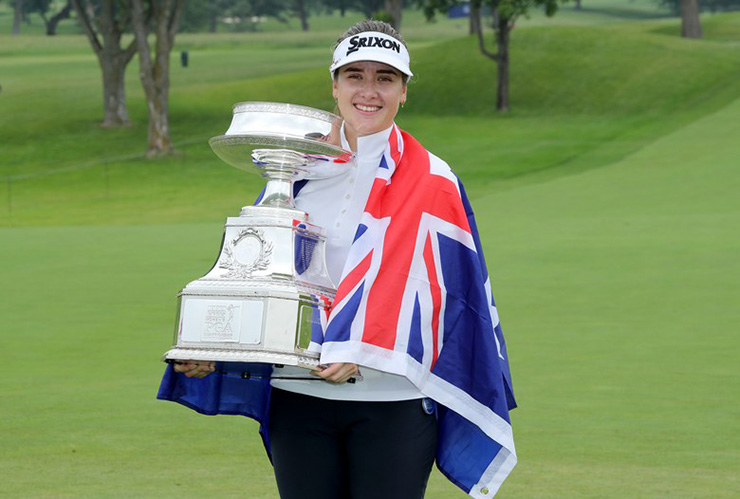 By Keely Levins
No one would have picked Hannah Green to win the KPMG Women’s PGA Championship—not even herself. She admitted in the media centre after her victory on Sunday, the trophy shining next to her, that she knew it sounded bad, but at the beginning of the week, the 114th-ranked player in the world really didn’t expect to win.

The 22-year-old from Australia had never claimed an LPGA Tour title but went wire to wire at historic Hazeltine National Golf Club to make win No. 1 a major. This outcome seemed particularly unlikely, no disrespect to Green, with two-time major winner Ariya Jutanugarn one shot behind, and three more major champions within six shots with one round to play.

One thing Green had going for her was that she was staying with fellow Aussie Karrie Webb, a seven-time major winner. In 2015, Green had been the recipient of Webb’s scholarship, where the World Golf Hall of Famer brings the top two female amateur players in Australia to the U.S. to watch a major and experience what the tour is like while staying with Webb herself. This week, Green was staying with Webb again along with the current scholarship winners and said the setup helped keep her calm throughout the week.

“As soon as I got home [after the round Saturday] everyone was there and making the food so it was really nice to just have all the Australians there, and there really wasn’t much golf talk at all,” Green said. “That was perfect. That’s what I wanted.”

As nice as her housing setup was, Green still had to go out and finish off the major. She did not make it easy on herself.

Though starting with two birdies in the first seven holes, Green made three bogeys in a four-hole span from Nos. 9-12. Until that point, she had made three bogeys in the entire tournament. Nerves had to surface at some point, one would expect. Yet Green made no more bogeys coming in, a remarkable fact given how many fairways she missed. She was playing out of the rough nearly as often as she was the fairway, hitting just 57 per cent of fairways on the week, ranking her T-70 in driving accuracy. Where she made up for it, though, was with greens hit in regulation. Despite how often she played out of the thick, wet rough, Green hit 71 per cent of them. When her driver let her down, her iron game bailed her out. And she had the speed of the greens dialled in all week, allowing her to two-putt from seemingly anywhere. 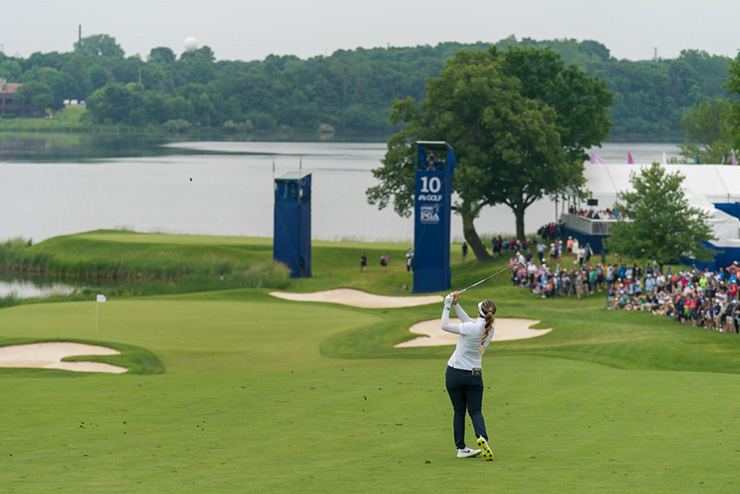 In moments when Green was at her most vulnerable, there were several players who could have mounted an attack. Sung Hyun Park and Nelly Korda got dangerously close, but Korda made bogey at 15 and Green made birdie at 16, maintaining her lead. Jutanugarn had already made too many bogeys to make any sort of charge.

Green had a two-shot lead as she stood waiting on the 18th tee, but it was cut to one as Park, the defending champion playing in the group ahead of Green, rolled in an 18-footer for birdie up on the 18th green.

Need a par to win, Green unusually hit the fairway, but yanked her approach into a left greenside bunker, short-siding herself. Still, she handled her nerves and hit her bunker shot to five feet of the hole. Then she calmly holed the putt for the victory. 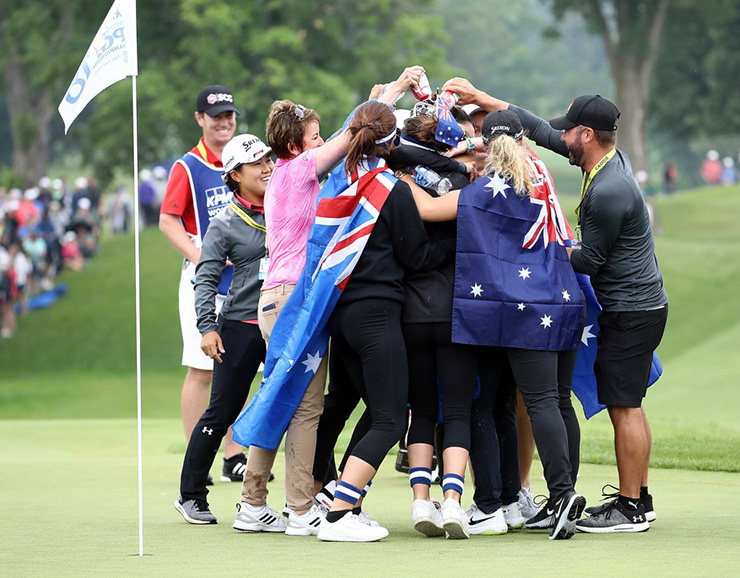 With a win like this—wholly improbable—there has to be some sort of lesson to be learned. It could be about playing your own game, which Green did throughout. She never let the gravity of the moment force her into hitting shots outside of her comfort zone. She calmly kept her poise throughout all four rounds, no small feat. Playing in the final group at a major can cause regrettable shots from anyone. It’s a battle, attempting to do something you’ve never done before.

Maybe the most important lesson is that before Green got here, she had already learned how to win. In the development of young players, it is a critical, sometimes overlooked, step. Having won three times on the Symetra Tour prepared Green for this week, and helped her keep this win from slipping away.

It is an idea we’ve heard from Brooks Koepka, who played mini tours and experienced winning around the world before he even got to the PGA Tour. It helped prepare him to win at the highest level. Being able to hit great shots is one thing, but actually converting them into victories is an entirely different skill set, one that needs to be experienced so that when you are in a major with the lead on Sunday you’re not lost.

“Winning her first Symetra, that was just as important to her at that time in her life as it was winning today,” said Webb. “She’s had those feelings of leading, trying to win a golf tournament and even though it’s on a different stage it’s still the same thing, you still have to do the same thing to get the ball in the hole at the end of the day.”