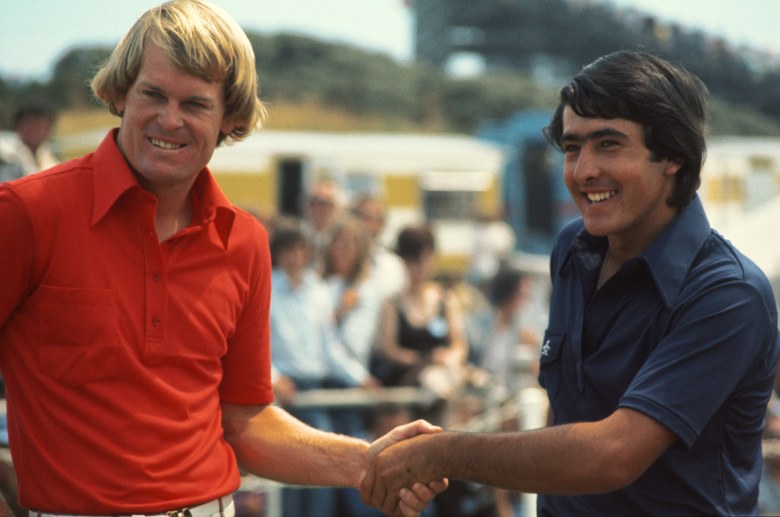 As Golf Channel’s Rich Lerner puts it, the two principals were right out of Hollywood casting.” And now more than four decades later, it makes sense that Seve Ballesteros and Johnny Miller will be the two main characters of a new film.

Summer of ’76, Golf Channel’s latest full-length documentary, will focus on the 1976 Open Championship at Birkdale. But as Lerner, the film’s writer and co-producer with Israel DeHerrera (lead producer of Arnie and Jack), notes, it’s more of a period piece.

“I’ve always been in love with that time,” Lerner said of the mid-to-late 70s. “Guys we know as legends were at the height of their powers. Even Arnie was still a badass. He flew around the world that year. The stars were originals — with original swings. Trevino. Hubert Green. Lanny Wadkins. These guys were tough as nails. It was just a cool period.”

The film will debut July 18 at 9 p.m. ET, the same week of this year’s Open when the game’s oldest major championship returns to Royal Birkdale, the site of that final-round clash between Ballesteros and Miller. Although it wasn’t a duel on the level of Henrik Stenson vs. Phil Mickelson in 2016 – Miller wound up pulling away from Ballesteros and Jack Nicklaus by shooting 66 to win by six shots — it will be remembered for being Miller’s last flash of a historically dominant run – and the coming out party for a 19-year-old Seve.

“Obviously, it’s an important event to me, but it’s just as important that Seve was introduced to the golfing world,” Miller said. “Surely, they didn’t think he was ready to win an Open Championship. It was cool for me to play with him on Saturday and Sunday. I didn’t know him from Adam and we didn’t talk much, but he just played with a sort of joyful exuberance.”

Seve and Johnny also played with an artistry that both Lerner and Miller believe isn’t as prevalent with today’s tour pros. Both point to advances in equipment as the biggest difference. With clubs made from wood and steel and soft golf balls, there was more of a premium on accuracy and shaping shots. And Miller says golfers needed to use their hands and to be more creative to navigate courses that were often unkempt. With prize money that’s not nearly on today’s level, being a tour pro was also a far different lifestyle. Miller earned just 7,500 pounds for his 1976 Open victory, the equivalent of $43,000 today.

“There were a lot more homemade swings then and guys have better teachers now. I think the game is in a good place, but I don’t think it’s as real as it once was,” Miller said. “We’d show up to a tournament sometimes and play on a real piece of junk. And we had to pay for range balls and to enter the tournament. Imagine tour pros taking out their wallet to pay for range balls? Guys were struggling to pay the bills. There weren’t many guys who got rich.”

But there were plenty of guys with distinct style, which will be a focus of Summer of 76. Miller, for one, claims to have “made the white belt famous” and played better once he began dressing flashier, and Lerner says an examination of the era’s “groovy” fashion, along with its prevailing soundtrack takes up a good portion of the film.

“It’s a chance to take a ride back in time,” Lerner said. “To put the windows down, crank the music, and have fun.”