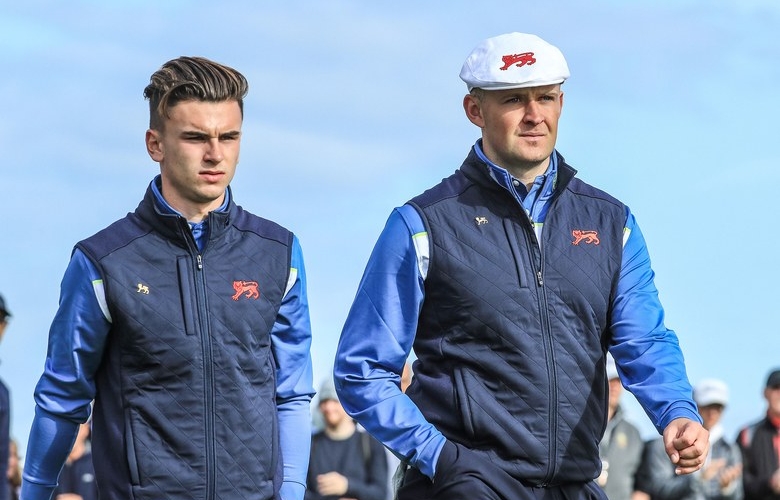 By John Huggan
HOYLAKE, England — Sometimes genuine analysis and perspective means looking beyond the obvious. While a cursory glance at the scoreboard shows a two-point edge, 7-5, for Great Britain & Ireland over the United States at the end of Day 1 of the 47th Walker Cup at Royal Liverpool, deeper inspection reveals the true closeness of the contest. Remarkably, 11 of the 12 matches over Saturday’s two sessions reached at least the 17th green before coming to a conclusion. So far at least, this has been a snarling, scratching dog-fight that has left just about every protagonist breathless.

It is, of course, an immutable law of match-play golf that playing the 18th hole better than the opponent will almost certainly mean not losing the match. And that was perhaps the only difference between the two sides halfway through the biennial contest. After splitting the morning foursomes 2-2, almost without exception the GB&I golfer in each afternoon singles match hit the right shots at “closing time” to clinch a point for the home team.

In Game 1, Alex Fitzpatrick’s solid par won the 18th and revenge against World No. 1 Cole Hammer, who defeated him in the quarterfinals of the 2018 U.S. Amateur at Pebble Beach.

Only John Pak’s stellar closing birdie stemmed the faster-finishing GB&I tide. Which was huge, and a fact not lost on the the Florida State All-American. One down with two to play against British Amateur champion James Sugrue, Pak had never led until the final putt disappeared into the cup. Which was perhaps not so surprising. In his post-match press conference, American skipper Nathaniel Crosby mention more than once how he has given Pak a “bad time” about being a slow starter in matches.

“That felt really good,” said Pak, who holed from 10 feet for the win before indulging in the loudest whoop of the day. “I knew we were down a few points, so that was a big moment for the team. I knew it was a bit of a risk hitting driver off the tee, but it came off. I must admit I pulled my approach a little bit. Middle of the green was what I was aiming for. But when I holed the putt I had to fist-pump and scream to get my team going.” 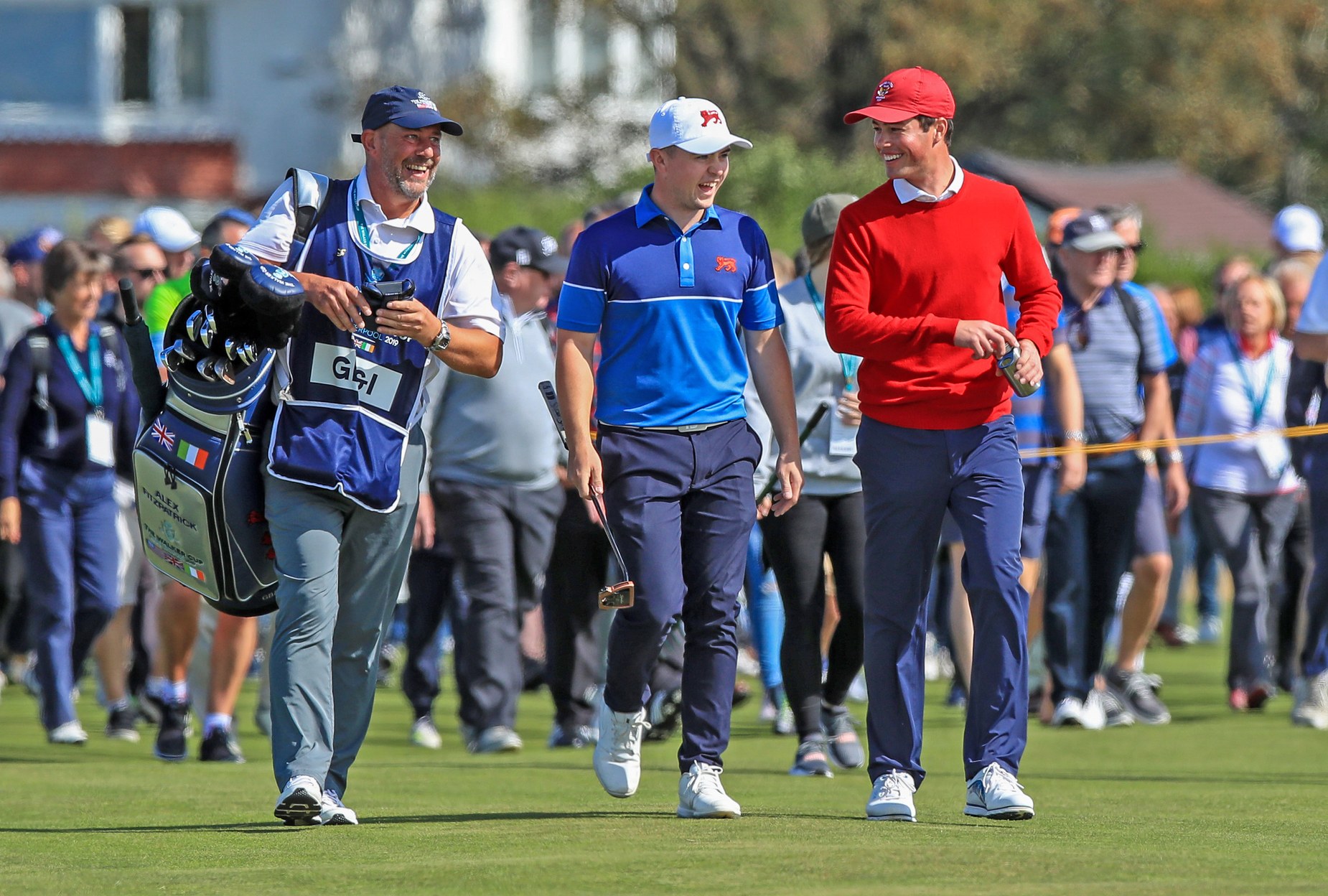 That was much needed. Although Brandon Wu was approximately eight under par in defeating Tom Sloman on the 16th green in the eighth and final match of the session, and John Augenstein had been up all the way in defeating Conor Purcell, 2 and 1, until that point the scoreboard had contained a lot more British (and Irish) blue than American red.

Perhaps most depressed by that turn of events was Ogletree. In the wake of his 1-up loss to Scott, the Georgia Tech student was a disconsolate figure afterwards, having endured one of those days when his opponent had holed a series of unlikely and lengthy putts.

“I didn’t play great this morning, but this afternoon I felt like I played really well,” Ogletree said. “I hit it in the fairway a lot more and hit my irons great. But Sandy made about 200 feet of putts out there. That’s amazing on these greens. Every time I did something great, he did something great. So hats off to him.”

Not surprisingly, the British and Irish side was quietly content with their day out on a Hoylake links playing much easier than it had done in practice. Even the nagging thought that their lead could and maybe should have been bigger was not causing any disquiet.

“There is no disappointment,” said GB&I captain Craig Watson. “What happened is probably a good thing because my players will be ready for something similar tomorrow. If they had won convincingly this afternoon, they might have been looking around for someone else not get the winning points tomorrow. So the fact that the American kept things close could work in our favour. We’ll be ready for another fight tomorrow.”

Speaking of which, Crosby claimed incredulity at the number of putts holed by the home side and strangely won’t be making any adjustments to his already established foursomes pairings for Day 2. Three of the four pairs from Day 1 survive, but Steven Fisk and Cole Hammer replacing Pak and Salinda. Which will come as a surprise to all (especially the benching of Pak), except the American players themselves. On the eve of the matches, Crosby told his squad of his plans and nothing, not even a two-point deficit, is going to change those.

“These guys are adults,” Crosby said. “I can pat them on the back and tell them I love them, but there’s no words of wisdom or special secret sauce that I can give them to turn things around. They’re here because they have turned it around in bad circumstances for the last two years on occasion. They’ve been great front-runners many times and won a lot of golf tournaments. All I did today was tell them what was going on and say it would be great if they could win three of the next four holes. Simple stuff. One thing I do know, we won’t have an overconfidence problem going into tomorrow.”

Hardly inspirational stuff. Which, on the evidence of Day 1, is going to be needed if the U.S. side is to turn this thing around. Well, that and play the 18th hole a little bit better than the guys with the red lions on their chests.