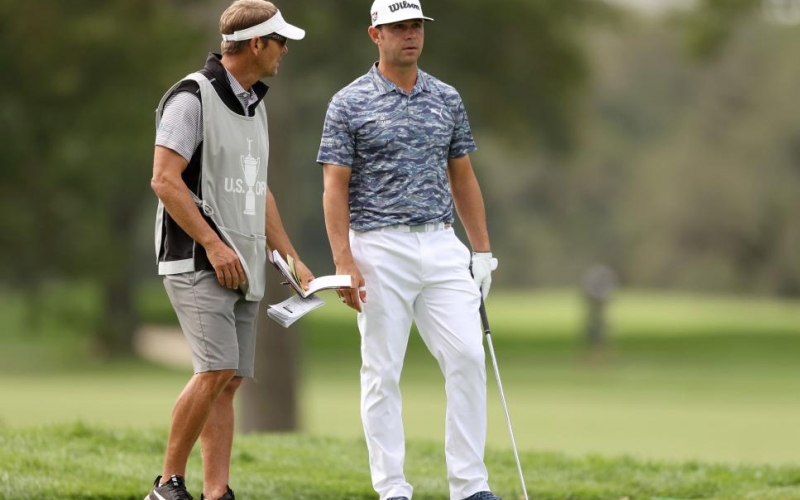 Gregory Shamus
Gary Woodland talks with his caddie Brennan Little on the third tee during the second round of the 120th U.S. Open.

By Brian Wacker
Gary Woodland had been looking forward to coming to Winged Foot and defending his U.S. Open title, even if he knew inside his repeat chances were slim, thanks to a secret he revealed on Friday.

After posting a second-straight four-over 74 to put him a stroke outside the projected cutline, the 36-year-old told the media that he has a torn labrum in his left hip.

“I’ve got a lot of pain in there,” he said. “I’ve been fighting through it, but it gets to a point where you’re playing against the best players in the world, you just can’t play with pain. I’ve played with pain my whole life, but it’s getting a little tough.”

Woodland, who said that he plans to see a specialist on Monday, added that the injury has bothered him for the last six weeks. During that span, he had just one finish in the top 50, a T-33 at the BMW Championship at Olympia Fields, where he failed to advance in the PGA Tour’s playoffs.

This week at Winged Foot, things only got tougher, especially on Friday.

Woodland began his second round with a double bogey on the par-3 10th after hitting his tee shot long and left out of play. He bounced back with a birdie at the 14th but then made three straight bogeys before playing his final nine in even par, leaving him on the outside looking in when he finished his round.

“The game is actually, I feel like, in a pretty good spot, doing things really well and just can’t get around the pain,” he said. “It’s frustrating, especially because this meant a lot to me, coming back here defending. I put a lot of time and effort into it, and if your body doesn’t let you do it, you just can’t do it, and that’s frustrating. The first couple months back from quarantine I wasn’t playing great. Finally got to a point where I feel like the game is as good as it’s been, I just can’t do it, so I’ve got to reevaluate.”

At last year’s U.S. Open, Woodland claimed the first major title of his career, coasting to a three-stroke victory over Koepka with a 13-under 271 total, which was the lowest total score relative to par in the event since 2011 at Congressional.