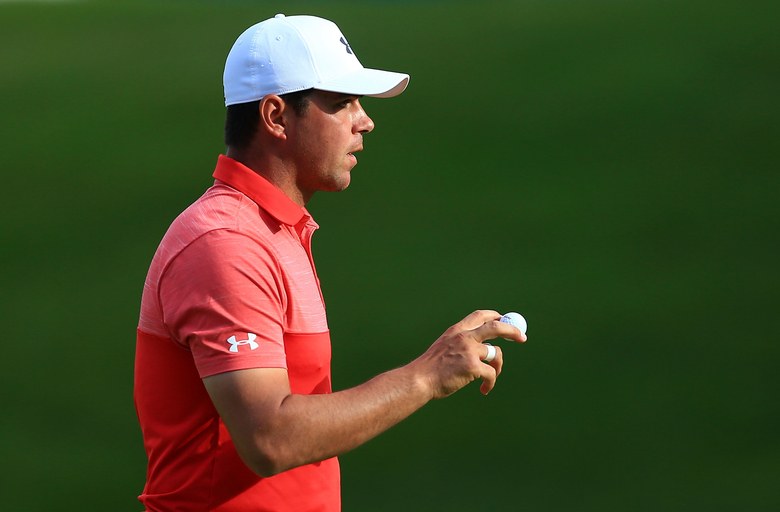 By Christopher Powers
Gary Woodland began his 2016-2017 season on a tear, picking up four top-10 finishes before March, including a T2 at the Honda Classic. In the 11 events since, he’s finished no higher than T38. The two-time tour winner looks to be regaining his early season form after posting a nine-under 63 on Friday at the RBC Canadian Open, which has him just one shot off the lead at 11-under 133.

Woodland, 33, is one of the longest hitters on tour, ranking 16th in driving distance, but he relied on his precise approach shots to make 10 birdies in the second round. The Kansas native’s longest birdie putt of the day was just 12-feet, and had he made one more 12-footer on his final hole he would have tied the course record at Glen Abbey. He’ll play the weekend for the 17th time in 20 events this season, with a chance to get his first victory since the 2014 Reno-Tahoe Open.

Woodland trails leader Martin Flores, who shot a bogey-free six-under 66 that got him to 12-under 132 for the tournament. This is his six appearance at the RBC Canadian Open, an event he’s had mixed success in with three missed cuts and a T19 finish in 2012. Flores is currently in one of the better stretches of his season, having made five of his last six cuts with a T18 finish at last week’s Barbasol Championship. He’s never won on the PGA Tour and finished in the top-10 just once this year.

Tied with Woodland at 11-under are Matt Every and Brandon Hagy, who each posted a four-under 68s. Every, 33, has made just five cuts in 20 starts this season, and hasn’t finished any higher than T27, while Hagy will extend his made cut streak to five.

Vijay Singh is just two shots back at 10-under 134 after carding a four-under 68. Singh, 54, came into the week missing 10 of his last 12 cuts, but did post a strong T16 finish at the Players Championship in May. The 34-time tour winner is looking for his second victory at the RBC Canadian Open, the first coming in 2004 at Glen Abbey in a playoff over Canada’s Mike Weir.

World No. 1 Dustin Johnson posted a three-under 69 and sits four back at eight-under 136.

Two Canadians, Graham DeLaet and Mackenzie Hughes, are tied with Johnson at eight-under. A win this week for either of them would be the first time a player from Canada has won the nation’s open since Pat Fletcher did it in 1954.