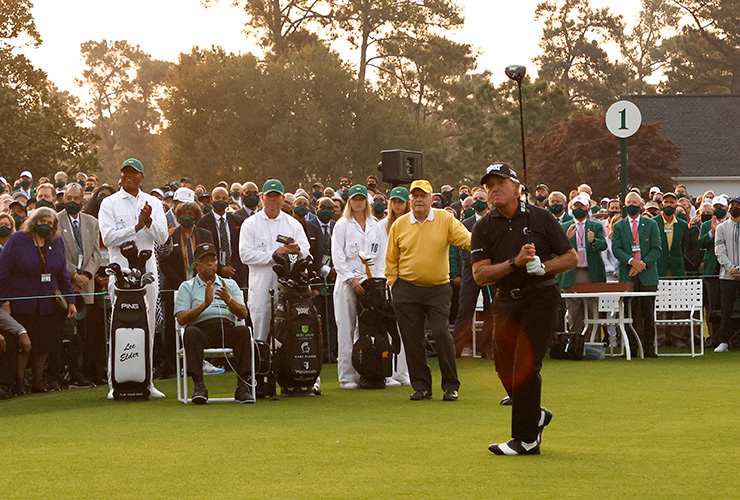 By Kent Gray
It was called the “shot heard around the world”, a spoon (4 wood in today’s parlance) that Gene Sarazen holed for a double eagle in 1935 to put the Masters on the map.

Fast-forward to Thursday at Augusta National and 86-year-old Lee Elder didn’t even need to hit a shot in his role as the major’s newest honorary starter to make global headlines. His mere presence at the ceremonial first tee shot, courtesy of becoming the first black man to play at the Masters in 1975, was poignant enough.

Jack Nicklaus and Gary Player did stripe drives down Augusta National’s 1st fairway and while not as historically significant as Sarazen’s albatross or Elder’s appearance, there was also a major moment for another golf trailblazer – Golf Saudi.

Golf’s governing body in the Kingdom grabbed the opportunity to announce Player as its latest, and by far most influential, global ambassador.

The nine-time major champion will work with Golf Saudi to “help implement a shared vision for golf and its future development within the Kingdom.” He previously made guest appearances at the 2020 Saudi International, as well as the inaugural Golf Saudi Summit in the same year.

“I have long admired the vision of Golf Saudi, but more importantly the work that is being done on the ground to provide access to the sport for all levels,” said Player who won the Masters in 1961, 1974 and 1978.

“I have had many fantastic experiences visiting the Middle East and was lucky enough to visit Saudi Arabia to see first-hand the great work that is under way, in particular the effort and focus to introduce the country’s youthful population to the health benefits the sport can provide.”

Player, whose global portfolio of course designs includes Saadiyat Beach Golf Club in Abu Dhabi, has already been involved in conversations with Golf Saudi about how to further develop the Saudi’s infrastructure as part of the Kingdom’s wider ‘Vision 2030’ socio-economic programme. 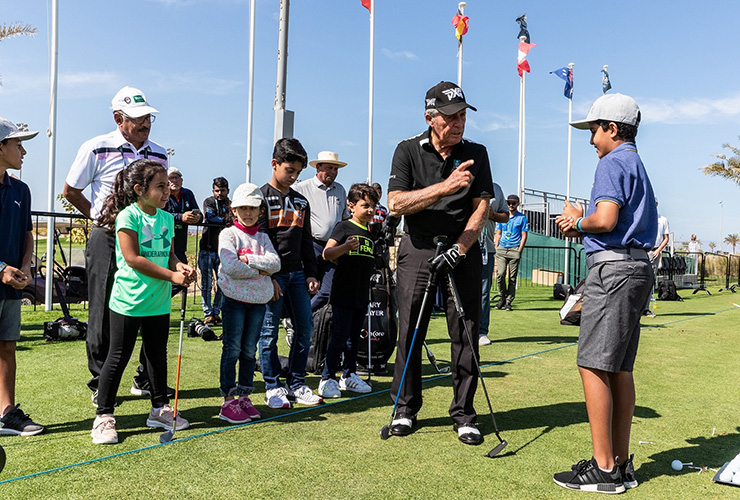 Player hosted a clinic for juniors at the 2020 Saudi-International.

“We are privileged to have Gary Player join us as our latest international Golf Saudi ambassador and support our ongoing development,” said Golf Saudi CEO Majed Al-Sorour.

“Since his first visit in early 2020, we have kept in regular contact with Mr. Player and his interest in introducing golf to the younger members of Saudi Arabia’s population remains undimmed. Following his appointment as an official ambassador, we are looking forward to learning from his expertise and benefiting from his strong track record within the game to help us build a golfing ecosystem, which future generations can be proud of.”

For a measure of Bernhard Langer’s remarkable Masters' longevity, consider that the seemingly ageless German was the last winner of the fabled green jacket to wield a persimmon driver.