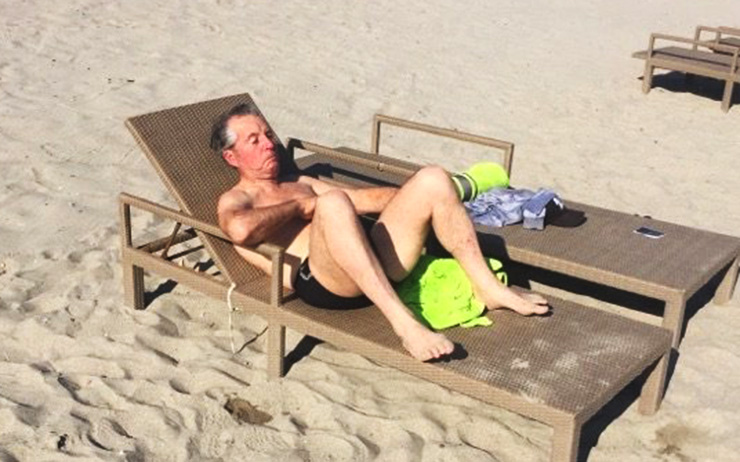 We feel you, Mr. Player. Just like the rest of us, reserved to watching the #SB2K17 crew on social media as the crew tears up Baker’s Bay for a second straight year, it appears Gary Player is joining us in disappointment.

The nine-time major champion had made it clear that he wanted in for this year’s post-Masters spring break with Jordan Spieth, Rickie Fowler, Justin Thomas and Smylie Kaufman.

Mr. Player had made it pretty clear he wanted to hang with the fellas out at Baker’s Bay, sharing this great tweet last year.

#SpringBreak c.1965. @JackNicklaus and I out on safari in South Africa. Good times. How about an invite to #SB2K17 pic.twitter.com/RNJ0S0VPhb

There’s no doubt in our mind the 81-year-old could’ve kept up with the boys — no one’s in better shape than Player.

Sorry, Gary. You’ll just have to enjoy #SB2K17 as it plays out on Snapchat with the rest of us. Let the FOMO sink in. –– By Stephen Hennessey